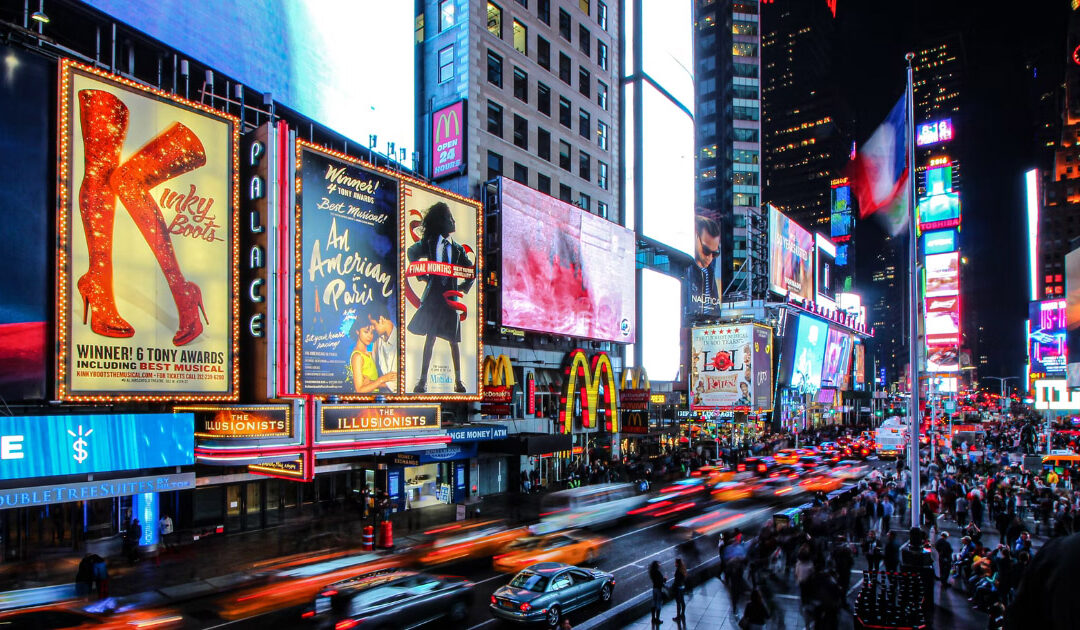 What's more valuable to an online seller in 2022 — their e-commerce platform or their ad network?

Can a government sponsored e-commerce network outperform and out-innovate big tech companies like Walmart and Amazon?

Can Meta win by default at their own self-proclaimed game or will other metaverse contenders bring stiff competition to the space?

In this week's 67th Edition of the Shopifreaks newsletter, I shed insight on these questions and more. Thanks for being a subscriber.

The share of Internet users who shopped online DOUBLED and TRIPLED in some developing countries during the pandemic. United Arab Emirates rose from 27% in 2019 to 63% in 2020. Bahrain went from 15% to 45%. Uzbekistan from 4% to 11%. Of the 66 countries covered, online shopping remains the lowest in El Salvador at 1%. — According to UNCTAD. –> [RETWEET IT]

WPP, the largest advertising company in the world based out of Britain, has launched their own end-to-end e-commerce platform to handle the sales, logistics, and delivery of products sold by its clients.

The company entered into this leg of the business during the pandemic, when it started setting up D2C sites for its clients while their brick-and-mortar shops were shut down, and now they're looking to expand this offering.

WPP's new e-commerce platform, Everymile, will handle the entire process from marketing and sales to product delivery, and will work on a revenue share model to ensure that the platform is focused on delivering mutually beneficial results for customers.

This is fascinating, and I'm excited about this. Here's why:

Merchants on Shopify, BigCommerce, WooCommerce, and other e-commerce platforms have one big collective challenge… advertising!

Earlier this year, in Shopify's Future of E-commerce Trends 2022 Report, Shopify said that the biggest challenge facing e-commerce today is the cost of customer acquisition, which is set to rise in the face of increased DTC competition and the increasing cost of advertising.

Prior to that trends report, I discussed Shopify's two big challenges of not having a central destination where shoppers begin their search for products and lack of an advertising end of their business.

E-commerce logistics is becoming a commodity. There are a LOT of options for merchants on the market. However advertising is a much more coveted element of the business.

So I find it fascinating that WPP is essentially cutting out the middle man for their clients and bringing the e-commerce portion of their customer journeys in-house. It gives WPP direct control over their platform tech and offers new revenue channels (ie: SaaS subscriptions, merchant processing fees, etc) that would otherwise go to 3rd party providers like Shopify.

This is no different than Facebook, Twitter, and TikTok (social advertising channels) attempting to cut out the middleman through their internal Shops features.

Keeping e-commerce in-house also prevents those 3rd party platforms from interfering with WPP's advertising revenue via their partnerships and integrations that may compete with WPP's core offering.

A bold move by WPP that could offer big upside to the company.

This Friday, India will soft launch its much anticipated Open Network for Digital Commerce (ONDC), a government sponsored not-for-profit platform that will allow buyers and sellers to connect and transact with each other online, no matter what other application they use.

This government created e-commerce ecosystem is designed for everyone, and intended to take market share and platform control back from Amazon and Flipkart (owned by Walmart), who control more than half of India's e-commerce trade, and put it back into the hands of small Indian merchants.

Initially, the open network platform will launch in five cities, however, ONDC plans to onboard 30M sellers and 10M merchants online and cover at least 100 cities and towns by August, focusing on apps in local languages for both buyers and sellers, with a special emphasis on small merchants and rural consumers

With the launch of ONDC, the government aims to promote an open platform for exchange of goods and services through electronic networks. If successful, open network could help millions of small businesses in India go online and compete with global giants.

However in order to be successful, it's got to be a great network that attracts buyers, sellers, payments logistics and warehousing firms — and competing with Amazon and Walmart in those areas is no easy task.

Meanwhile, India's current market leaders aren't sitting on the sidelines waiting for ONDC to take over. Flipkart is planning its entrance into the web3 industry in India with the launch of its innovation unit, Flipkart Lab, which plans to explore web3 and metaverse commerce this year, which includes NFTs, virtual immersive stores, and play-to-earn games.

Plus, Amazon and Walmart are not the only big tech companies who've got their sights set on India's market. WhatsApp, owned by Meta, is currently hoping to attract more users in India to the app by offering cash back rewards for P2P payments. The user acquisition program will offer users up to 33 Indian rupees ($0.40) for money transfers made on its service

ONDC could be a gamechanger, but it requires a network effect which involves many things happening smoothly and at once. No network like this has ever previously existed, so India and ONDC have their work cut out.

In true cross-platform promotion fashion, LegalZoom's clients will be offered a website built specifically for their business type at the time of business formation, while Wix users will have access to legal, tax, and compliance solutions and services from within their Wix Dashboards.

It's an interesting partnership that brings legal services into the reach of small e-commerce business owners — an area which most fall short in regards to accessibility and know-how.

Wix is all about direct integration partnerships this past year, and I understand why. It's a great way to bring services to their clients without having to develop them in-house.

With just around 300 apps in the Wix App Marketplace (versus the over 7k apps in Shopify's App Marketplace), Wix's strategy seems to be less is more. Instead of offering a wide selection (which can be daunting for users and lead to choice overload), Wix has historically pursued deeper integrated partnerships, albeit less of them, to offer a full in-house integrated solution for their merchants.

Bolt is in trouble, but this time it's not from their founder Ryan Breslow bringing the heat with his tweets. Rather, the company is being sued by Authentic Brands Group (ABG), owner of Forever 21, over alleged failures to adequately deliver a new online checkout and customer loyalty solution.

ABG hired Bolt in Oct 2020 to deploy AllPass, a customer membership and loyalty platform, across their brands including Aéropostale, Brooks Brothers, Eddie Bauer, Forever 21, Lucky Brand, and Nautica. The deal was supposed to be a win-win for both companies — giving Bolt more stature, and eventually allowing ABG to pick up a 5% stake in their business.

The feature was supposed to seamlessly integrate Bolt's products onto ABG's brand websites, but the execution, which started with Brooks Brothers, Lucky Brand, and Forever 21, turned into a flop, and ABG eventually pulled the plug.

ABG believes that Bolt showed false bravado about capabilities that it allegedly couldn’t back up, and their attorneys are arguing that the bungled effort resulted in Forever 21 missing out on more than $150M in online sales.

Here's how the two companies are going head-to-head:

In April, Pico entered the European consumer market in a beta program, and will expand to Japan and South Korea next.

As it turns out, in the expansive and unlimited world of the metaverse, there's still an East and West battling it out for market dominance.

6. Afterpay is being class action sued for its ‘significant' fees

Afterpay is being sued by a customer in Maine who says she was hit with multiple bank fees from using the service. The plaintiff claims that Afterpay targets young and poor people and misleads them into thinking there will be no fees associated with the service, yet they later get hit with bank overdraft fees.

The plaintiff, Amanda Edwards, filed the complaint against Afterpay US, Inc. in Maine federal court, alleging that the company runs a BNPL service that has a hidden risk of landing customers with multiple insufficient funds fees or overdraft fees from their banks as a result of automated transfer coming out of their accounts.

She also claims that Afterpay has concealed the fact that its already-struggling users have had to pay hundreds of thousands of overdraft and non-sufficient funds fees for using the service.

In January, I reported that the Consumer Financial Protection Bureau is peering into the policies of Affirm, Afterpay, Klarna, PayPal, Zip, and other BNPL platforms, concerned that they encourage overspending while dodging existing regulations around credit and lending.

I've been vocal about how I'm not a fan of the BNPL industry. While it's nice to offer interest free installments on purchases, it's no better than what companies like Best Buy and Home Depot, for example, have been offering for years through their credit card programs. The difference being that a credit card offers a consolidated view at outstanding debt, and is regulated by consumer protection agencies. If consumers want to be able to make interest free installments on small purchases — so be it — but no need for an entirely separate payment portal to do so.

The one thing I like about BNPL is that it is taking market share from Visa, Mastercard, and AMEX, who dominate B2C transactions, by creating a payment option that goes around them. I'm a big fan of lowering the merchant processing tax on businesses and consumers through technology that enables bank to bank transfers, and I want to see new payment options like that become mainstream. However, BNPL does not do any of that. It's simply another more costly and unregulated version of the merchant processing tax that already plagues the industry.

I hope that lawsuits like this further expedite the need for regulation over BNPL platforms.

PPS: Don't forget to show me some love on Google and Product Hunt. Thanks!