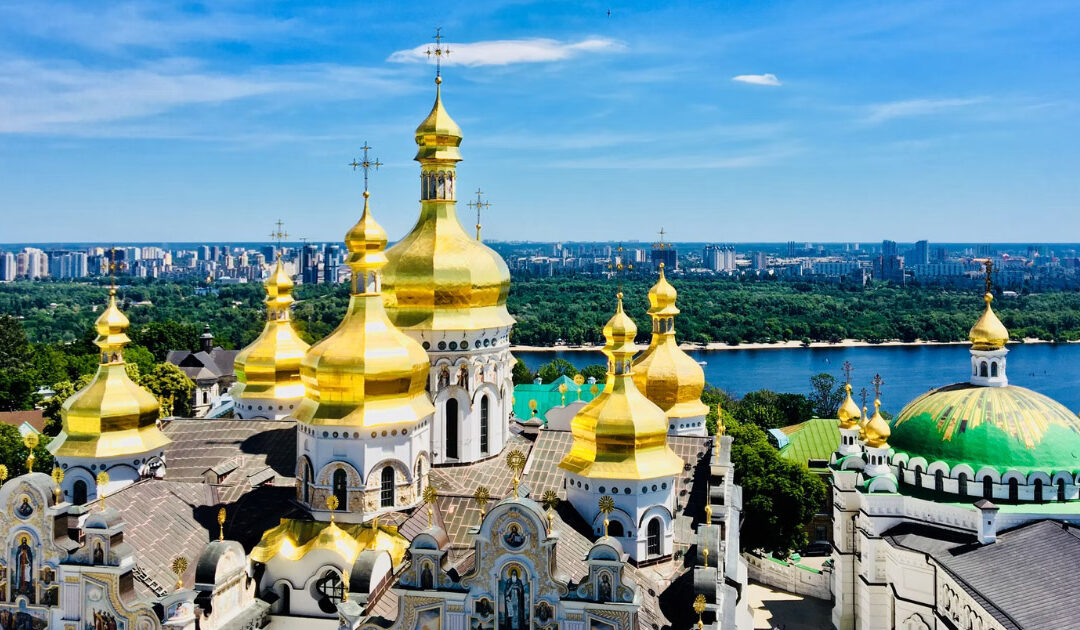 This has been an interesting week to say the least. I know that we’ve all been thoroughly consumed with news about the Ukraine vs Russian conflict, and with good reason.

In this week’s 58th Edition of the Shopifreaks E-commerce Newsletter, I report about the effects of the war on the Ukrainian tech workforce, given that the country has become such a popular market for software development.

I’ve also got news about BigCommerce’s moves to simplify global commerce for their merchants, updates for you on the Macy’s e-commerce spin off, predictions about Shopify’s advertising network, and more.

Thanks for being a Shopifreaks subscriber!

1. The effect of the Ukraine / Russia war on the Ukrainian tech workforce

Ukraine, with its more than 200k software developers, has become a major center for software development in recent years. Therefore a number of publicly traded tech companies have direct exposure to disruption in the country, as developers in Kiev and other cities are unable to work during the Russian attack.

Seeking Alpha put together a list of publicly traded companies with the most exposure to Ukraine, of which many are Israeli for obvious reasons (like the countries’ geographic proximity to one another). Israeli tech firms collectively employ around 20k Ukrainian developers.

According to Protocol, other tech companies with Ukrainian workforces include Google, Apple, Snap, Oracle, Ring, Grammarly, and JustAnswer.

While tech companies are working on relocation of their Ukrainian employees, there are other issues which require their attention as well such as backing up data held in Ukrainian offices and exploring creative payment options to make sure that their employees have access to their salaries.

The uncertainty of the war is also causing long term economic impact on the Ukrainian workforces. Andy Kurtzig, CEO of JustAnswer which currently has 252 employees in Ukraine, said, “We can’t take on long-term projects right now with our Ukrainian folks because we don’t know what the situation is going to be in six months, let alone six days. We’re trying to be as lean as possible right now.”

Much love to the people of Ukraine during this tumultuous time.

BigCommerce has announced a direct integration with Digital River, which works in global commerce enablement, to offer mid-market to enterprise merchants a global commerce solution that will manage payments, tax, fraud and compliance, and will simplify cross-border selling and boost global expansion.

Key features will include:

In September, I reported that Shopify unveiled their global commerce solution, Shopify Markets, which is still in beta. Shopify also took a $193M pre-IPO stake in Global E-Online (GLBE) this past May.

Global has become the new default for e-commerce platforms, which are having to quickly adapt to the growing international commerce needs of their merchants. Merchants are going to be selling internationally with or without the help of domestic e-commerce platforms, so they might as well be along for the ride! As I mentioned back in September about Shopify Markets, offering an internal way for merchants to take their products global is a win-win for both the platforms and their merchants.

Remember in November when I reported that Macy’s and Koh’s were being pressured by investors to follow similar paths as Saks Fifth Avenue and spin off their online stores into separate businesses from their offline department stores?

In response to the pressure, Macy’s had hired AlixPartners, the firm behind the Saks’ spinoff, to explore that and other strategies to unlock value for investors.

The results: Macy’s executives have shut down the idea.

Macy’s CEO Jeff Gennette, who initially opposed the idea but performed his due diligence by investigating the possibility, said on the company’s Q4 earnings call, “In every scenario we considered, we found that the combination of our profitable digital platform with our national footprints will deliver greater value to shareholders than a separation of our digital and physical assets… We determined that Macy’s has a stronger future as a fully integrated business with Macy’s and Bloomingdale’s together, and assessing a broad range of brands, price points, and customers across digital and stores”

Looking ahead, Macy’s plans to keep investing in its digital business, including in its personalization tools and its third-party marketplace, which the company announced last fall. The marketplace could add sales beyond its $10B digital sales goal, increase its SKU assortment, attract new customers, and allow Macy’s to respond quickly to customer demand.

Smart move Macy’s! Learning towards, not away, from omnichannel is the way to go. In November, I had commented on my opposition to the Saks e-commerce spin-off, “Meanwhile, the rest of retail is going omnichannel. Online-first companies like Amazon and Warby Parker have been busy expanding into brick and mortar sales channels during the past few years, while department stores, who are ahead of the game by leaps and bounds in the offline world, are looking to take a step backwards and split off from their online channels.”

I look forward to seeing how both companies fare over the next decade with their opposing strategies — Macy’s moving towards omnichannel and Saks having divided their online and offline sales channels into separate companies.

What are your predictions? Hit reply to this e-mail and let me know.

4. The Evolution of Shopify

Ben Thompson from Stratechery published a great piece this week called Shopify’s Evolution which takes us through important milestones in the company’s growth history. I’m going to briefly recap some of the historical bullet points from his article and then highlight some of Ben’s thoughts on Shopify’s future, particularly in regards to advertising.

Ben goes on to talk more about the future of Shopify Advertising Services:

Paul’s Thoughts: One of the most standout sentences from Ben’s article was, “Shopify doesn’t have any major customer-facing properties to display ads” — and the reason for this is that Shopify doesn’t have a central destination where shoppers begin their search for products.

Could this change with the Shop Pay app in the future? Maybe, if Shopify leans into becoming a marketplace or creating a separate product search website / app for customers. However they’d still need to drive and retain traffic to that search portal, and they wouldn’t necessarily be able to rely on their merchants to send customers to it. Because what would be the incentive of a Shopify merchant to send their customers to a search portal that helps them find merchants selling competing products?

In November, I wrote my concerns about the Shop Pay app transitioning into a marketplace:

However, still something doesn’t sit right — and that’s how Shop App grew, which is on the backs of Shopify’s merchants. When Shop App launched in 2020, merchants had the option of enabling or disabling their customers being prompted to download the app after checkout. The app was initially designed to help track shipments across multiple Shopify stores from one dashboard, as well as power their Shop Pay feature. So if Shop App were to become a marketplace, and a brand chose not to participate, did they ultimately help grow a user base for an app that now competes against them?

However nonetheless, as Ben mentioned in his article, the reality of not having a major customer facing property to display ads is something that Shopify must take into consideration in the future — especially as ad networks such as Google and Facebook encroach on their territory of providing e-commerce and merchant processing services.

Amazon is suing two websites, AppSally and Rebatest, for creating an army of “bad actors” tasked with writing fake product reviews, alleging that the sites incentivized fake reviewers to target its own sellers, as well as eBay, Walmart, and Etsy. The platforms have over 900k members.

Rebatest says they have never encouraged users to write fake reviews. A spokesperson for the company said, “What we do is to help the sellers collect some useful opinions from our users after they use the products before the products are put into the market. We don’t force or incentivize our users to do 5 stars reviews.”

AppSally has yet to make a public statement in response to the allegations.

In January, I reported that Amazon is still struggling to shut down fake review groups on Facebook and Twitter, which offer free Amazon products in exchange for 5-star reviews. And in August, I reported that at least 50,000 Chinese merchants were banned from Amazon for engaging in the practice of obtaining fraudulent or incentivized reviews.

Getting rid of fake review factories is like playing a game of whack-a-mole. It’ll be an issue that Amazon continues to struggle with in the future, but one that will need to be addressed, as fake reviews undermine the credibility of their marketplace. Perhaps going on the offensive with lawsuits will help curb the rise of new groups, as I can’t imagine anyone wants to fight Amazon in court.

In June 2021, I reported on India’s Department of Consumer Affairs releasing a draft set of rules that aimed to tighten the governance of ecommerce platforms. Currently in India, e-commerce platforms like Amazon / Walmart are NOT allowed to hold inventory or sell items directly to consumers. However Amazon, Walmart, and other big players get around that rule through a maze of joint ventures with local companies that operate as inventory-holding firms, and the government is looking to change that with stricter regulation. Since then I’ve been keeping you in the loop about the proposed rules.

Pradeep Racherla, Professor of Marketing & Program Director at School of Management in Mahindra University, recently wrote an op-ed for The Hindu Business Line outlining what he feels are the good, bad and missing elements of the draft e-commerce rules. I’ll outline his thoughts below:

I follow the Indian e-commerce market closely because I feel that India is going to be one of the most important commerce markets in the world in the coming decades, and that the rules they establish will be modeled by other developing countries as their own e-commerce markets grow. I’ll continue to keep you in the loop.