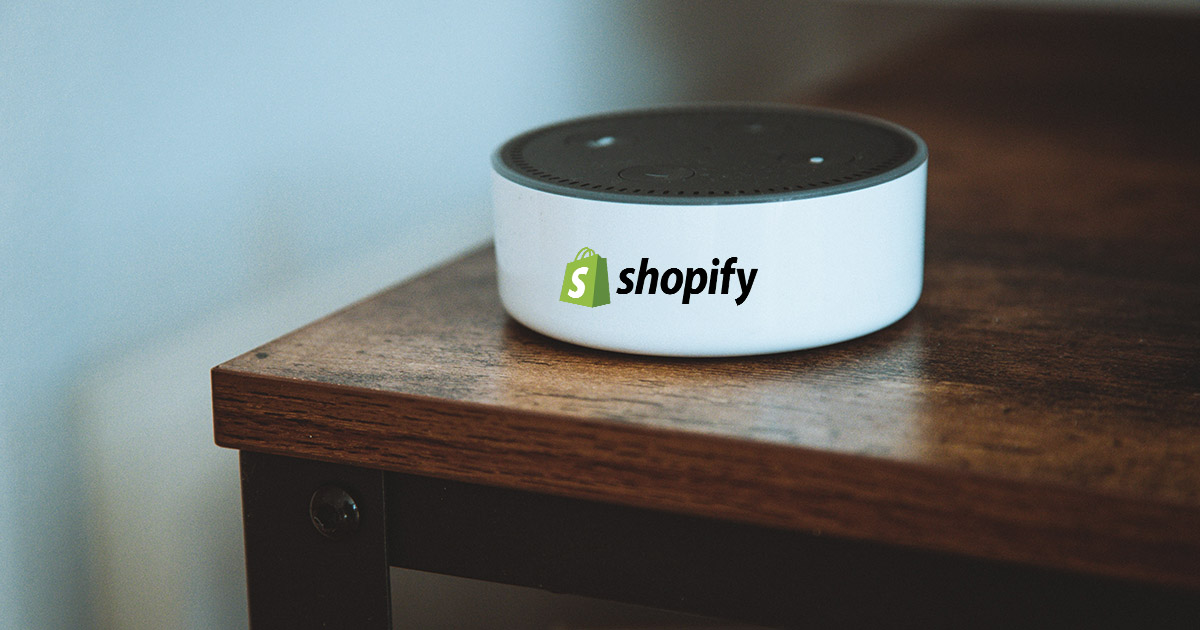 Since I won't talk to you again until next Monday, I wanted to take this time to wish you a Happy Thanksgiving! I hope you have a wonderful time with family and friends this Thursday and that you get to enjoy a long leisurely weekend (or a madhouse shopping extravaganza — your call).

This year I'm incredibly thankful that my family and close friends have survived the COVID pandemic and remain healthy. I'm lucky to have experienced no major losses in my life due to COVID and am incredibly appreciative of that and I realize how lucky I am to be writing that.

Beyond that, I'm thankful this year that my business Ideas Focused is busier than it's ever been as small businesses are embracing online technology more than ever before. I'm thankful to launch that Capital Cities book I told you about a few weeks ago with my community of travel creators. I'm thankful for my lovely girlfriend in Ecuador who's patient with me when I go back to USA for “a few weeks” and end up buying an investment property and staying away for several months to fix it up.

And of course, I'm thankful for you, my Shopifreaks readers, for your support of this newsletter which I launched less than a year ago in Jan 2021. I hope you love the newsletter and the new podcast!

What are you thankful for this year? Hit reply and let me know! I love hearing from you each week.

And now, it's my pleasure to bring you this week's 44th edition of Shopifreaks.

“Amazon's wealth has increased so much during the pandemic that its owners could pay all 1.3 million of its employees a $690,000 COVID bonus and still be as rich as they were in 2020.” – according to @Make_Amazon_Pay – Retweet It

1. Is Shopify becoming a bit more like Amazon — but without the unified customer support?

This past July, Shopify announced on their blog that they were testing a product-search feature in their Shop App that lets users search for items and browse results from multiple Shopify stores at once — meaning competing brands would show up alongside one another.

In a we-are-not-Amazon statement Shopify wrote, “What makes Shop’s search feature different is that it prioritizes existing customer–merchant relationships. When a shopper searches for a product on Shop, they’ll see their loyalty results at the top of their list… That’s why we call Shop search a brand-first discovery tool…. If a customer doesn’t find what they’re looking for in their loyalty results, they can toggle over to their discovery results.”

Shopify has not spoken about the beta-feature since July, and it's unclear whether the company will ever roll it out to all of its 1.7 million merchants, but recently several anonymous Shopify employees spoke to Business Insider and voiced their thoughts and concerns.

One current employee told Insider, “There's a lot of scrutiny in place to make sure we're staying true to our values and building something that helps merchants. We don't want to build another Etsy or Amazon.”

The core issue behind building a universal product search across all Shopify stores is that it creates a degree of separation between the consumer and the brand and adds more emphasis on the product price as the major click-thru incentive. And we've all seen where that leads. With Amazon, it led to lower quality knock offs dominating results, as well as Amazon themselves competing with merchants via their own private label brands. And with Google, it's led to unscrupulous pricing tactics like displaying artificially low product pricing and then adding an unreasonably large “processing fee” at checkout.

Allbirds, a longtime Shopify merchant, has historically been very vocal about why it favors selling D2C on their website instead of selling on Amazon. Their co-founder told The New York Times in 2020, “Amazon is designed to commoditize products to the lowest common denominator of what they stand for. They would love to devolve us into a feature-and-benefit set and then put every knockoff in the world next to us, and then just drive everybody down to the lowest price, even if you're sacrificing quality.”

To be fair, if Shopify were to launch this — dare I say “marketplace” — to all merchants in the future, it would be opt-in. Stores wouldn't have to participate, and if they did, they could choose which products to include.

However, still something doesn't sit right — and that's how Shop App grew, which is on the backs of Shopify's merchants. When Shop App launched in 2020, merchants had the option of enabling or disabling their customers being prompted to download the app after checkout. The app was initially designed to help track shipments across multiple Shopify stores from one dashboard, as well as power their Shop Pay feature. So if Shop App were to become a marketplace, and a brand chose not to participate, did they ultimately help grow a user base for an app that now competes against them?

One one hand, I can see how a universal product search can help brands get discovered. But then on the other hand I think — what is the criteria (other than customer purchase history) for ranking high in search results? And what happens when brands inevitably want to pay to obtain a higher ranking? Is Shopify Marketplace Ads born?

Offering a tool that helps brands facilitate sales and fulfillment, and then later utilizing that tool in a way that could potentially create competition towards those brands… well, it feels a little Amazon-esque in more ways than one.

Becoming too much like Amazon is a grey area that reportedly has been / is discussed often behind closed doors at Shopify.

What are your thoughts? Is a universal product-search good for Shopify merchants, or should Shopify steer clear of anything that resembles a marketplace?

Hit reply to this e-mail and let me know or tweet at me.

While we're on the subject of marketplaces (this time a B2B marketplace), the headless commerce company, fabric, has introduced a new tool that allows merchants to connect with vendors to discover and sell new products in their stores.

fabric said in a press release, “This dramatically increases the number of products available to customers with no inventory risk and no need to warehouse. Items ship directly from fabric Marketplace vendors to customer.”

The B2B marketplace will allow both drop shipping and third-party marketplace selling, and their backend system will handle order management, invoicing, and cross-channel integrations.

Amazon has informed customers that from Jan 19, 2022 onward, they will no longer accept Visa credit cards issued in Britain (debit cards are still fine), blaming the decision on high fees charged by the payment processor.

The decision followed similar efforts by Amazon to curtail the use of Visa credit cards in Singapore and Australia, where they recently introduced a 0.5% surcharge on transactions made with those cards.

Earlier this year, Visa and Mastercard increased their interchange fees for processing digital transactions between the UK and European Union. After Brexit the EU cap on interchange fees no longer applies in the UK, allowing card networks to raise their prices.

Visa feels that Amazon is leveraging its Goliath size to get bargaining power of Visa to lower its fees. The decision also feels timely as Amazon has begun testing BNPL payment options. Why use a Visa card when you save 5% on your purchase financing through Amazon Credit? (That's my hypothetical prediction of what's to come.)

If Amazon is able to leverage their size to obtain a discount on interchange fees and/or bypass the fees entirely by prioritizing their own internal BNPL payment options, they will have successfully created one more economy of scale that small businesses can't compete with.

4. Amazon employees in 20 countries going on strike on Black Friday

Speaking of Amazon, they may be facing some fulfillment issues this Friday as employees from 20 countries plan to go on strike for better working conditions. These planned protests are part of a “Make Amazon Pay” campaign run by a coalition of 70 organizations including Greenpeace, Oxfam, and Amazon Workers International.

Employees across various sectors including oil refineries, factories, warehouses, data centers, and corporate offices are expected to participate in the Nov 26th event according to the campaign.

Make Amazon Pay wrote on its website, “The pandemic has exposed how Amazon places profits ahead of workers, society, and our planet. Amazon takes too much and gives back too little. It is time to Make Amazon Pay.”

Their demands include increased salaries, better job security, and suspending the “harsh productivity and surveillance regime Amazon has used to squeeze workers.”

The campaign also calls for a “pay back to society” with demands that include enhanced sustainability efforts, increased transparency over data and privacy, and ending partnerships with police forces and immigration authorities.

Make Amazon Pay states in a video, “Amazon's wealth has increased so much during the pandemic that its owners could pay all 1.3 million of its employees a $690,000 COVID bonus and still be as rich as they were in 2020.”

5. Is Macy's going to split up its online / offline businesses?

Two weeks ago I reported that Macy's and Kohl's were being pressured by investors to follow similar paths as Saks Fifth Avenue and spin off their online stores into separate businesses from their offline department stores.

Well it seems that the investor pressure may be culminating into action. Retail Dive reported that Macy's has hired AlixPartners, the firm behind the Saks' spinoff, to explore a strategy to unlock value for investors.

CEO Jeff Gennette, who previously pushed back against the idea of splitting up Macy's e-commerce and brick-and-mortar operations, warmed the waters about a potential split, “We looked at multiple business models that would create long-term shareholder value, while always respecting the omnichannel behavior of the customer.”

Macy's also recently announced that they will be closing 125 brick and mortar locations and simultaneously launching a 3rd party marketplace for Macy's and Bloomingdale's customers next year.

Engaging AlixPartners doesn't in itself necessarily mean that a split will proceed, but Macy's leadership is obligated to consider it, given that it could unlock value for investors on the e-commerce side.

6. Consumer payment apps to report transactions larger than $600 to the IRS starting next year

Starting Jan 1, 2022, if you receive $600 or more for payments of goods and services through consumer money transfer apps like Venmo, Cash App, Zelle, etc, these payments will now be reported to the IRS. The new rule is a result of the American Rescue Plan signed into law in March 2021.

From here on out, third-party networks will be required to send users Form 1099-K for transactions considered taxable such as income, wages, rents, tips, and retirement. Whereas nontaxable transactions can be excluded such as money received from a friend or roommate for reimbursement or money received as a gift.

So essentially a “new tax” hasn't been created, but a new requirement for record keeping has been. Since the apps will be reporting any payments above $600, it's up to the users to maintain records such as bank statements, receipts, invoices and other financial documents to distinguish between taxable and non-taxable income, both of which are declared on Form 1099-K.

PS: Did you hear about that new band called 1023 Megabytes? They haven't gotten a gig yet.