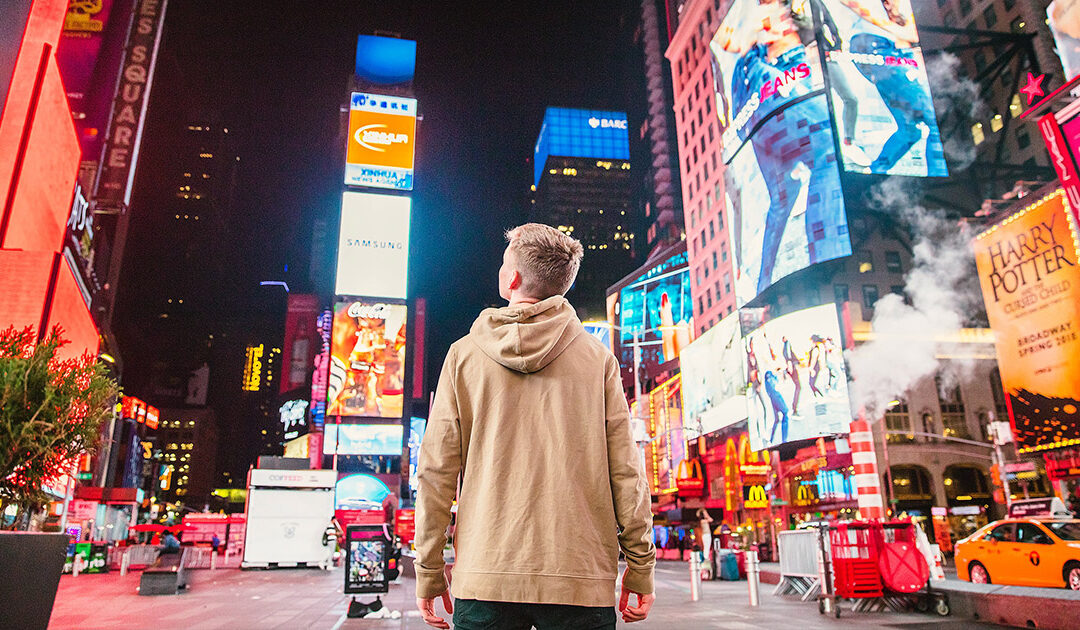 Meanwhile, Ebay is introducing new types of ads for sellers to promote their listings, Facebook is rebuilding its entire ad network to know less about you in response to Apple's recent privacy changes, and Apple has been quietly building their own digital advertising network. Apple will generate an estimated $3 billion in ad revenue in the September 2021 fiscal year, up from about $300 million in fiscal 2017, with estimates hitting $7B-$10B by 2024.

As platforms continue to build walled gardens around their user data, the advertising game is changing, but that doesn't mean it's going away. As more consumer spending happens online and our consumer attention graphs continue to shift towards digital, the online advertising industry is positioned to set even more record revenue highs in the coming years.

This could be great for investors, but it'll be a challenge for small businesses looking to compete in a space where all brands are looking. Either way, we should prepare ourselves for an evolution in digital advertising in the coming decade.

Where do you see the shift in online advertising happening? Which companies are best positioned to grow alongside ad revenue in the coming years?

Hit reply and let me know your thoughts about where online advertising is headed.

And now, it's my pleasure to present you with the 30th edition of the Shopifreaks newsletter…

That Wix… is there anything they don't do? This news following June's launch of their new food ordering app Dine by Wix. Some investors feel that Wix is spreading themselves too thin. Others think they're smart to offer a full suite of digital products in-house. What do you think?

In other Wix news, the company signed agreements with Wolt, PDQ, and Bit to provide complete payment and delivery solutions for online stores in Israel.

2. About 60% of Americans don't realize they're being tracked in-stores with facial recognition

Turns out that brick-and-mortar shoppers are being tracked almost as much as their online counterparts. (Okay, well not quite as much, but it's getting there…)

A recent study by Piplsay, a consumer research firm, found that 60% of Americans are unaware that several major US retailers like Lowe's, Albertons, and Macy's have been using facial recognition technology to scan and store their customers' faces, mostly for fraud and theft detection.

The study polled 31,184 consumers to get the following insights:

Should consumers be informed before they enter a store that they will be tracked? And should they have the option to opt-out?  Hit reply and let me know your thoughts about current facial recognition practices.

At least 50,000 Chinese merchants have been banned from Amazon since May for engaging in the practice of obtaining fraudulent or incentivized reviews, costing the “made in China, sold on Amazon” industry more than 100B yuan (and counting).

Shenzhen, known as China's Silicon Valley, accounts for 35% of the entire sector across China, and has taken the largest hit by Amazon's actions. To fight back, Shenzhen is offering affected merchants a subsidy of 2 million yuan ($308,000) to be used for building their own independent online store (ie: not on a marketplace). To qualify, applicants must have started operation before 2019 and have monthly sales of over $300,000. They are also offering 2-3 million yuan in subsidies to select operators of overseas warehouses who have been affected.

I find it funny that there's been no public comment made from Chinese commerce leaders condemning the fraudulent review practices themselves. Attention has only been put on their losses and the hit to the local economy.

Li Xingqian, director of the Foreign Trade Department at the Ministry of Commerce, did say that China would help its companies comply with international standards and protect their “legitimate rights and interests”, but what that entails is still ambiguous.

Did you know: According to a recent study by online security firm CHEQ, roughly 4% of all online reviews are fake, translating into global spending of $152B.

4. Amazon accused of evading tax by shifting £8.2B to Luxembourg

To avoid paying higher tax rates in the UK, a new analysis by Unite has found that Amazon reported up to £8.2B of its UK sales in Luxembourg in 2019. The report claims that Amazon declared £13.7B of UK sales, but reported just £5.5B in sales in filings for its UK-based firms.

The company declared £48.3B of revenue in Luxembourg in 2019, which would equate to selling about £78,000 worth of goods and services to every person in the country. Now that's some Prime usage right there!

Unite has demanded a public inquiry into Amazon's tax arrangements.

Emma Hardy, a Labour MP and Treasury Committee member, expressed concerns over the findings and backed Unite's call for an investigation saying, “I don't want a tax system that takes money from ordinary people to subsidise the growth of the world's biggest anti-union company.”

5. Shopify requires staff to show proof of vaccination “because science”

CEO Tobi Lütke tweeted the announcement this week, “Shopify will have the same internal policy for now. Any employee meetups will require proof of full vaccination. Because science.”

The vaccination policy was announced on the cusp of Quebec preparing to bar unvaccinated people from non-essential public places such as restaurants and gyms on Sep 1st.

At this point, the announcement shouldn't affect much internally at Shopify, since staff are allowed to work remotely on a permanent basis.

FedEx will be scaling up its trial of RPSi system from Berkshire Grey, which is an AI-enabled system that autonomously sorts thousands of packages a day. The trial of Robotic Product Sortation and Identification (RPSi) has been up and running at FedEx Ground's stations in Queens, New York. The system can handle a wide array of packages including polybags, tubes, and padded mailers, to replicate a process that has been traditionally performed manually by human workers.

FedEx believes that the new tech will introduce necessary efficiencies to accommodate the rapid growth in e-commerce, while also improving safety and productivity. The company expects to roll the RPSi system out next in Las Vegas, NV and Columbus, OH in the coming months.

Looks like we're headed towards a world of automated delivery!

Businesses in Spain, Italy, France, and Germany will now be able to access WooCommerce's payment services solution from within their store dashboard.

The company also rolled out further support for multi-currency solutions, allowing customers to shop in any of the 135 currencies supported by WooCommerce — a plugin is no longer required like in the past.

WooCommerce CEO Paul Maiorana said, “By expanding our availability to even more markets and adding further functionality, we are continuing to establish WooCommerce Payments as the premier payments solution globally.”

They face some steep competition in that fintech market! However with an estimated 28% of all online stores using WooCommerce, they have an early lead on adoption by making WooCommerce Payments and easy and integrated method of accepting payments.

The court decided that Amazon and Walmart's Flipkart should face investigations into alleged anti-competitive behavior, saying that their trading practices should be looked into. India's Minister of Railways and Commerce, Piyush Goyal, welcomed the court's decision while speaking in the Indian parliament where he invoked the “Quit India” campaign – a movement launched in 1942 by Mahatma Gandhi demanding an end to British rule.

The parallel here being Goyal's call to end foreign (US) rule in e-commerce. Goyal told lawmakers the big e-commerce firms were supposed to operate a marketplace website that connects buyers and sellers, but it was found they “continuously used various legal tactics” that hurt small businesses.

The company is testing promoted products within its Shop tab, allowing users to click to view product details and look at more images of their select product. Brands will soon be able to promote their Shop tab pages via Sponsored ads. The new Shop tabs are being tested by select advertisers including Away, Boo Oh, and DEUX in the US.

Facebook is ramping up its e-commerce efforts quickly as of recent. This news following IG having recently adding a professional dashboard for retailers and brands, Facebook adding Shop advertising and discovery, and WhatsApp now letting shoppers buy direct from businesses.

Weeks after Amazon posted a similar job offering, Walmart is looking to hire a senior director to drive its cryptocurrency product and investment strategy. Candidates should be experts in digital currencies and blockchain-related technology and should have 10+ years experience in product or program management.

Does this mean that Walmart will be accepting cryptocurrencies on their website and in their stores? Or will they be launching their own crypto currency? Perhaps they're more interested in the logistic side of blockchain technology? Time will tell what Amazon and Walmart have in store for crypto.

11. This week in seed rounds & acquisitions….

PS: Did you see that Amazon is now offering off-road delivery?