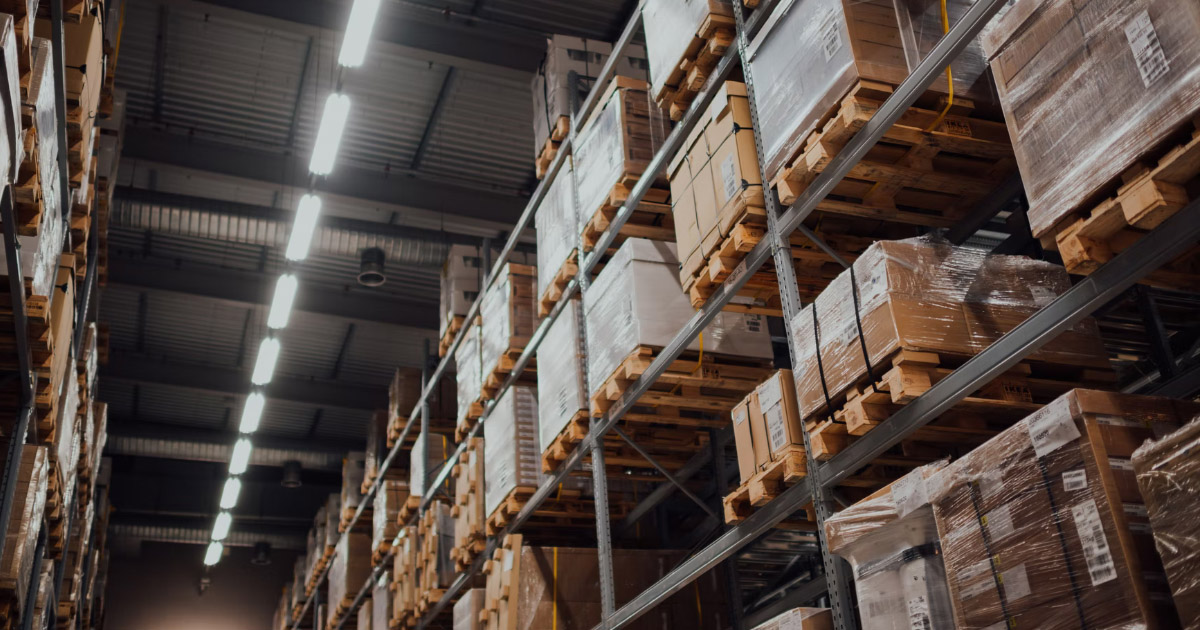 Have you ever wondered what it'd be like to own land in the middle of the Amazon jungle? Well, if you haven't before, you might be curious now. As I mentioned last week, I'm now officially a Temporary Resident in Ecuador, where I spend half my year, but I've also got some other exciting news to share about living in Ecuador.

We bought land alongside Rio Jatunyacu in the Amazon jungle! Wait until you see the bridge we have to cross to get there…

If you're interested to learn what my life is like outside of e-commerce, check out my other channel Travel is Life including the video tour I published of our property. Who's up for a visit?

Now let's get out of the jungle and talk about e-commerce. In the 57th Edition of the Shopifreaks E-commerce Newsletter, I've got updates about Shopify's fulfillment aspirations, some uplifting Wix news, the launch of Wish.com video shopping, and more.

I've also got an update for you about the Amazon vs Visa war, and a few other interesting e-commerce stories for you this week.

Thanks for being a subscriber and for sharing my newsletter to help me grow.

U.S. retail e-commerce sales are expected to exceed $1 trillion this year for the first time, accounting for 15.9% of total retail sales, according to a forecast by eMarketer's Insider Intelligence. (Retweet It)

Shopify President Harley Finkelstein has unveiled plans to significantly bolster the Shopify Fulfillment Network. The company plans to spend $1B over two years, starting in 2023, to greatly increase the number of company-owned warehouses, with the end-goal of being able to offer two-day or less delivery to over 90% of the US population.

A few weeks ago I reported that Shopify would be be making changes to the Shopify Fulfillment Network, following the news about the company terminating contracts with several warehouse and fulfillment partners, which was leaked by a Shopify insider.

Has Shopify been planning this move into company-owned fulfillment centers for quite some time, and terminating contracts with fulfillment partners a few weeks ago was part of their long term plan? Or is this bold investment announcement into in-house fulfillment centers  reactionary after investor sentiment turned sour?

I'm going to guess the former, as moving into fulfillment is the obvious choice for an e-commerce platform of Shopify's size, and going in-house seems like the only logical option. Shopify has two options moving forward — open more fulfillment centers from scratch or acquire existing fulfillment companies — and I'd imagine that we'll see a little of both in the coming years.

However even with $1B set aside for their fulfillment business, the company has a long way to go to catch up to Amazon who have been on a warehouse buying spree during the pandemic. Over the past two years, Amazon has spent more than $100B on purchasing property and equipment, and more than doubled its warehouse holdings from 192M sq.ft. at the end of 2019 to more than 410M sq. ft. today — this compared to Shopify's 17 sq. ft. of warehouse space, and they also rent my parents spare bedroom for storage when I'm not in the country. (LOL, kidding.)

Opening or acquiring fulfillment centers is a big enough goal on its own, but Shopify insiders say that their real challenge lies in the software. Shopify's acquisition of the robotics startup 6 River Systems a few years ago was supposed to provide the software foundation for their fulfillment network, but insiders say that the work to build and integrate the central warehouse management software is still in progress.

Microsoft has rolled out a new update for Windows 11 that brings support for Android applications via a partnership with Amazon.

Through the Amazon AppStore on Windows 11, a limited number of Android apps are now available — around 1,000 apps in total — but that number is expected to grow over time. This feature is currently only available in the U.S.

Why not just go for a direct integration?

Windows Central reports that the feature is off to a rocky start:

And still others have long found a solution such as Bluestacks or sideloading applications to load Android applications on their PCs, so the news isn't all that exciting to them.

Wix, one of Israel's biggest employers in Ukraine, has evacuated most of its 1,000 Ukranian employees and their families to Turkey for at least two weeks during mounting military tensions. A handful of employees considered critical for the company's infrastructures have been moved to Poland.

Wix is paying for all transport, accommodation and food for the employees who are being relocated, and the company said that it has received many offers from employees in Israel to host Ukrainian employees in their homes — but for the time being such measures were not needed.

Wix operates three development centers in Ukraine in Kiev, Lvov, and Dnipro, which is in Eastern Ukraine and considered the region at highest risk.

Wish.com is launching a new feature called “Wish Clips”, which are short videos designed to enhance the customer experience and simplify the path to purchase. Each Wish Clip will enable customers to gain more information about the featured product and envision how it can be used or worn.

Customers will be able to view the 5-30 second clips with one tap through the Android and iOS apps. They can also like a video or report it to Wish's content moderation team if needed.

Chief Product Officer, Tarun Jain, said, “Discovery commerce is the future and we are deepening our investment into new products and user-centric features to bring that element of discovery to life. For users, Wish Clips helps them better visualize the product and enjoy a more immersive, interactive experience. For merchants, Wish Clips provides a great opportunity to showcase their brand's personality and style, while driving product discovery within a native shopping experience.”

A few weeks ago I reported that Wish became invite-only for new merchants and are working to improve their product quality. Wish Clips is part of the company' broader agenda to improve user experience on their platform. These videos will ideally add a level of product transparency to customers' shopping experience.

Amazon's Sponsored Brands advertising channel has continued to expand its share of total ad spend on the platform, rising to more than 26% of total ad spend in Q4 2021, according to the latest Digital Marketing Report from Merkle. Sponsored Brands are customizable ads that appear in Amazon shopping results and offer a larger banner-sized brand image and description above multiple featured products.

Sponsored Products still accounts for the majority share of ad spend on Amazon at 68%, but it has been losing share to Sponsored Brands for the past few years. Although both channels have seen total spending grow significantly. Out one Amazon pocket and into the other!

Delta Air Lines and American Express have partnered to offer a buy now pay later tool called Plan It as a payment option at checkout.

Customers can now split up purchases over $100 into equal monthly installments with a fixed fee. Plan It is built into the AMEX card and does not require users to enroll separately, and cardholders earn rewards as they usually do with their card payment.

Travelers will see Plan It as a checkout option on Delta’s mobile app this spring.

I've been preaching for a year that BNPL is a credit card feature, and not an entire industry in of itself. And now we're starting to see credit card companies fight back against the BNPL industry by offering flexible installment payment options that work alongside their existing card offerings.

Last October I reported that Mastercard launched a new BNPL program called Mastercard Installments in the US, Australia, and UK that enables consumers to pay for purchases in interest-free installments. I imagine that we'll see future iterations of the programs above with other merchants this year.

7. Amazon and Visa reach a global truce over fees

Last month I reported that as of January 19th, Amazon would no longer accept Visa credit cards issued in Britain (debit cards are still fine), blaming the decision on high fees charged by the payment processor. Affected customers who used Visa credit cards were told they need to update their payment method, otherwise any new orders they place on the site would be rejected.

There was speculation that a last-minute agreement would be reached between the two sides, but that didn't happen, and Amazon moved forward with their threat.

Well, according to Reuters, a month later, Amazon has reached an agreement with Visa to accept its credit cards across its network, ending the standoff between the two companies. Details of the deal were not disclosed — meaning we don't know if Visa agreed to lower their fees for Amazon, as they were requesting.

Visa said in a statement that it was pleased to have reached a broad, global agreement with Amazon, who in turn told Visa to watch their back. (LOL. Can you tell when I'm being sarcastic in this newsletter?)

Credit cards accounted for a third of North American e-commerce spending in 2020, and the credit card companies keep raising their fees, but jokes aside — they really better watch their backs. Businesses are tired of the ever-increasing “cost of doing business” and consumers are bored of typical credit card payment structures. Both groups have been actively seeking alternatives. The cost of transacting money should be going DOWN in 2022, not UP!

The U.S. Trade Representative's office announced on Thursday that e-commerce sites operated by China's Tencent Holdings Ltd and Alibaba Group Holding Ltd were added to the U.S. government's latest “notorious markets” list — which identifies 42 online markets and 35 physical markets that are reported to engage in or facilitate substantial trademark counterfeiting or copyright piracy.

Alibaba said it will continue working with government agencies to address concerns about intellectual property protection across its platforms.

Tencent said it strongly disagreed with the decision and was “committed to working collaboratively to resolve this matter.”

China was not the only country singled-out in recent reports. The USTR also called out e-commerce website IndiaMART for selling counterfeit goods on its platform.