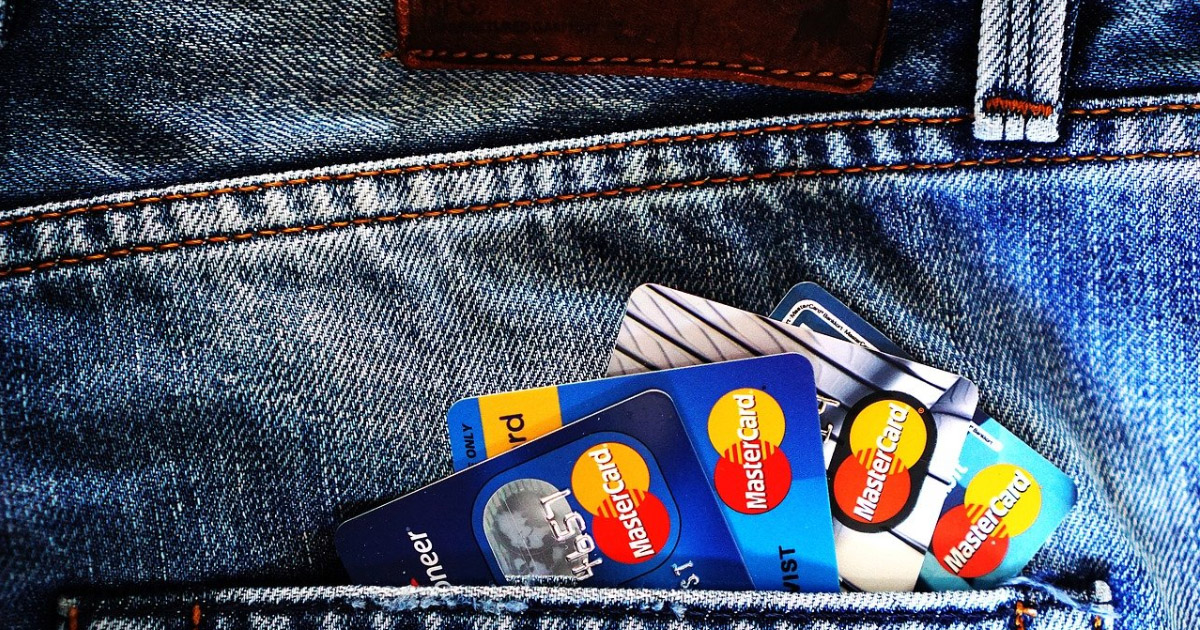 The USA is on its way to becoming completely financed in 4 interest free monthly installments — which you can use to shop on your favorite video-based social network!

In this week's Shopifreaks newsletter, I cover Mastercard's entry into Buy Now Pay Later, TikTok's official entry into social commerce, eBay playing catch up in the industry they helped launch, whether or not online businesses are prepared for this year's holiday season, and more.

It's my pleasure to bring you this week's 37th edition of the Shopifreaks newsletter.

Mastercard is launching a new BNPL program called Mastercard Installments in the US, Australia, and UK that will enable consumers to pay for purchases in interest-free installments. The company says:

“Unlike most current BNPL offerings, consumers will continue to benefit from zero liability fraud protection, the ability to challenge unrecognized charges, and the peace of mind that comes with Mastercard’s acceptance footprint.”

And it seems that my thoughts weren't too far fetched — except for one major caveat — Mastercard's new BNPL won't be tied to your existing card. It'll be run as an integration through e-commerce platforms (same as Affirm).

One of the biggest problems for consumers I see right now with BNPL payments is having to remember to make payments across too many different platforms (since everyone offers BNPL). As a consumer, I find it easier just to use a single credit card and make one combined payment each month. So if Mastercard offered a similar and competitive payment option with my existing credit card, I'd see no reason to use a BNPL offered by the platforms themselves. (Although to be fair, I don't use BNPL or credit card debt in general. I use credit cards for points, not for financing.) However in Mastercard's first dance with BNPL, your existing CC won't be part of the equation. So it's still not solving that “too many payments to too many providers” problem.

The Mastercard network certainly is expansive, however, the company is late to the party in terms of offering BNPL — which seems to already be offered directly at this point by every major e-commerce platform. Do merchants really need one more payment button?

I think that Mastercard's entry into BNPL would have been better executed as an integration with their existing credit cards. Something like — “Simply download the Mastercard app, click on your most recent purchase, and mark it as BNPL. Or default all your new purchases as BNPL.”

In its existing form, I don't see much incentive for e-commerce platforms or merchants to adopt Mastercard Installments if they're already satisfied with their existing BNPL solutions — other than consumers' familiarity and comfort with the Mastercard name, which could play a factor.

What are your thoughts about Mastercard Installments? Hit reply and let me know.

2. Are online businesses prepared for the holiday season?

The Ecommerce Trend Report published by Packhelp surveyed over 400 ecommerce businesses in Europe and here's what they found:

LOL – as a small online retailer myself, I can relate and commiserate with those survey findings. I keep joking that this year the world will be celebrating Christmas in February 2022 — when everyone's gifts finally arrive!

If you're a small online business owner reading this, how prepared are you for this holiday season? Tweet at me and tell me where you fall on that spectrum of preparedness.

At its very first TikTok World Marketing Event on Tuesday, the company unveiled a new set of shopping features on its network dubbed TikTok Shopping. Brands will now have the ability to link products, host live shopping, and choose from two additional ad types that feature carousel product offerings and user targeting.

In addition to their existing partnership integration with Shopify, the company also announced new integrations with Equis, PrestaShop, and Wix.

In the past year and a half, TikTok explored shopping through individual partnerships with Levi Strauss & Co, Walmart, and select Shopify merchants, but now any brand can host live shopping or link their videos to product pages.

Ray Cao, managing director and global head of product strategy and operations at TikTok, said, “It is a fully immersive experience, and we’re fully integrating with both — obviously the merchant side and also providing the user a very seamless shopping experience on TikTok. It can be [an] extremely safe shopping environment. People can really see what they’re actually buying and also directly checkout in the app.”

eBay’s Chief Product Officer Pete Thompson announced on Tuesday that the company is focused on providing sellers with merchandising capabilities and fostering an environment on the platform where sellers can build their brand identities.

eBay will be doubling down on eBay Stores, including a “new modern storefront that provides rich merchandising capabilities, allowing sellers to showcase their unique brand and inventory, such as featuring promotions to leverage coded coupons.”

The company will also be testing a new About Me tab for sellers to share their personal stories, as well as experimenting with integrating videos into their shopping experience.

eBay is also reportedly working to improve the shopping experience on their mobile app.

Big words and lots of promises about what's to come — but I guess we'll believe it when we see it. It's honestly such a shame how eBay squandered their household name over the years. They could have been leading the way this past decade in e-commerce innovation with social commerce and mobile shopping experiences — following in Amazon's footsteps in some ways and innovating in others. But instead, I feel like eBay's customer slogan became, “I guess I'll check eBay.”

Part of the problem may have been how corporately structured and fragmented eBay became over the years — with various divisions being sold to different investor groups. While eBay was busy splitting up their fintech and fulfillment channels over the past few years, other platforms were moving in the other direction, consolidating through partnership integrations and acquisitions. Now it seems that the company has a lot of catching up to do in the space that they helped pioneer.

A number of websites and services including Shopify, Quickbooks, InstaPage, Ledger, Monday.com, and others, reported issues on Thursday due to the expiration of a root certificate provided by Let's Encrypt, one of the largest providers of HTTPS certificates.

Experts had been warning for weeks that there would be issues resulting from the expiration of root CA certificates provided by Lets Encrypt, but despite advance warning that the expiration date would be on September 30, when the deadline hit, many users reported issues with a variety of services and websites.

All modern digital systems depend on security certificates for their continued operation, and when those certificates expire or fail, the software will cease to function correctly, oftentimes creating a cascading effect of failures downstream to connected softwares.

Let's Encrypt put everyone on notice back in May about the expiration of the Root CA and offered alternatives and workarounds to ensure that devices would not be affected during the changeover, but not every company heeded their warnings.

Is it heeded? Headed of – Hed. Hedded. When no one would take hedded of their warnings. Take heed. Take heed of.

6. INDIA: Every stakeholder's interest will be taken into consideration

Goyal further clarified that he welcomes all the feedback on the draft e-commerce rules but that comments about inter-departmental issues on the draft rules are totally unwarranted.

These comments were following reports that the Department for Promotion of Internal Industry and Trade (DPIIT), the Corporate Affairs Ministry, and the Niti Aayog have objected to some provisions of the draft e-commerce rules.

I'll continue to keep you in the loop about India's new e-commerce rules as information presents itself.

DHL eCommerce Solutions is expanding the square footage of its U.S. distribution center network by 70% over the next five years to catch up to the rising demand created by D2C e-commerce brands.

In addition to increased building space, the $300 million investment will add more automation to its existing facilities to help the company process volume quicker including the installation of two loop sorters at their facilities in Chicago and Cincinnati, and 26 line sorters at their 19 facilities across the country.

DHL is expecting peak season volumes to grow 35% YoY. To handle the surge, it has hired 800 holiday employees and aims to hire 2,000 more, but is finding it impossible to find workers.

Like I said — Christmas will be held in February 2022 this year!

Spruce Point Management, a short seller, alleged that the company has misled investors about its financial health, prompting an 11% stock plunge and erasing $2 billion in the company's value.

Spruce Point Management, an American short-selling investment firm with a history of targeting Canadian companies, put out a lengthy report on Montreal-based Lightspeed Inc., alleging the company has covered up “massive inflation” of how many customers it has, how much money it makes from them, and how much growth potential it has.

Spruce Point says the company is massively overvalued, and is poised to plummet to as low as $22 a share. The company has not declared how much of Lightspeed's shares it is shorting, but data compiled by Bloomberg shows that about 2.5 million shares in the company are being shorted overall — or about 2% of the company.

Lightspeed put out a short statement denying the allegations:

“The report contains numerous important inaccuracies and mischaracterizations which Lightspeed believes are misleading and clearly intended to benefit Spruce Point, which itself has disclosed that it stands to profit in the event that the stock price of Lightspeed declines.”

After the GME / BB / AMC (and other meme stocks) this past year, it's easy to jump down the throat of short sellers and label them the bad guys — but could they be right? If you have any information that would tip the needle in one direction or another, please share. Additionally, will you be buying the dip (if it is one)?

PS: Do you know the difference between a hippo and a zippo? One is really heavy, and the other is a little lighter…