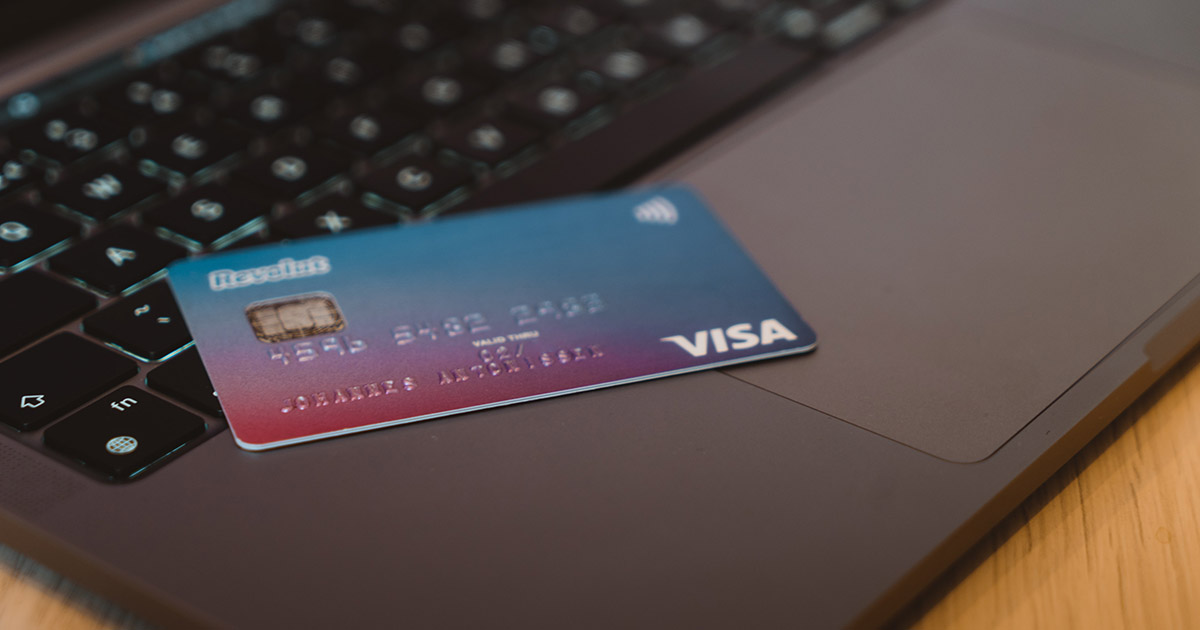 I think every company in e-commerce had a seed round last week! In this week's 52nd Edition of the Shopifreaks E-commerce Newsletter, I feature the largest “seed rounds & acquisitions” section (at the bottom) that I've ever had in any previous newsletter. Money is flowing right now — and in the BILLIONS. Every other week I'm writing about another billion dollar seed round. What a great time to be in our industry.

I've also got metaverse news, updates (or lack of) on the Visa / Amazon conflict, upset Shopify app developers, and more. Thanks for being a Shopifreaks subscriber. I hope that you're enjoying the newsletter.

58% of surveyed consumers would rather use BNPL than a credit card, and 49% will only buy from retailers that offer a BNPL option, according to a study done by Affirm. – Retweet It

1. Walmart may be entering the metaverse (along with everyone else)

Walmart has plans to enter the metaverse, as well as create its own cryptocurrency and collection of NFTs. The company filed several new trademarks last month that indicate its intent to make and sell virtual goods, offer users a virtual currency, and buy NFTs. Seven separate applications were submitted in total.

Ever since Facebook changed its name to Meta, businesses have been rushing to enter the virtual world:

Have you hopped on the NFT bandwagon as an investor or creator? Does your company have plans to enter the space in 2022? Hit reply to this e-mail and let me know your thoughts on NFTs as well as how (if at all) you plan to get involved.

In November 2021, I reported that Amazon informed customers that from Jan 19, 2022 onward, they will no longer accept Visa credit cards issued in Britain (debit cards are still fine), blaming the decision on high fees charged by the payment processor.

Affected customers who currently use a Visa credit card were told they need to update their payment method, otherwise any new orders they place on the site will be rejected starting Wednesday.

Last year, Visa and Mastercard increased their interchange fees for processing digital transactions between the UK and European Union. After Brexit the EU cap on interchange fees no longer applies in the UK, allowing card networks to raise their prices, which led to conflict with Amazon who wanted special prices.

Well, January 19 is two days away, and the two companies still have not announced a resolution. There's been speculation that a last-minute agreement could be reached between the two sides, but as of Friday, both Amazon and Visa declined to provide an update on negotiations.

I guess we'll find out in the next two days which company swerves first in this corporate game of chicken.

Place your bets! Do you think we'll see a last minute deal in the 11th hour? Hit reply and let me know.

3. Shopify developers are pissed about an app store change

The Shopify app marketplace has started recommending competitors' apps at the bottom of app detail pages, and many Shopify app developers aren't happy about the change.

Currently, a large number of developers pay for ads which bring web traffic to their page where merchants can download their apps. Those developers take issue with the fact that the new app update allows competitors to appear on their app listing and ultimately benefit from their ad spend.

Another change to the app marketplace that developers are concerned with is that the redesign displays the most-installed apps at the top of the Shopify app store homepage. Featuring the most-installed apps first can make it difficult for new apps to earn market share and gives established apps an advantage in acquiring new users.

In September 2021, when Shopify invested $30M in Yotpo and entered into a multi-year platform partnership, I expressed concern about Shopify's ethical and fiduciary responsibilities to their app developers — who are largely responsible for Shopify becoming an all-in-one solution for merchants. At the time I wrote:

Shopify’s app-based ecosystem has its benefits to the platform and their merchants, but it’s a double edged sword because it creates a fiduciary and ethical responsibility to a community of developers that could at times be at odds with the best interest of their bottom line and/or their merchants.

One of those times is when Shopify chooses to either pick a winner, as is the case with Yotpo, or compete with their developers directly by adding core features to Shopify’s platform that were previously only available to merchants via 3rd party apps — recently such as Shopify Mail & Shopify Chat.

Shopify investing or acquiring apps and positioning them with early access development advantages is comparable to Amazon launching a private label version of their merchants best selling items. It unfavorably benefits the company’s vested interests over that of their development partners in Shopify’s case or merchant partners in Amazon’s case.

Is this change to app pages another example of Shopify picking winners? Or is recommending the “best” apps a benefit to merchants? The issue again comes down to Shopify's conflicting sets of responsibilities towards their app developers, merchants, and investors. One of those groups has to be last on the priority list.

The consumer group, Which?, uncovered 18 Facebook fake review groups with more than 200,000 members, some dating as far back as 2011. The investigation also found review agents on Twitter who actively seek out new consumers to participate in their review schemes.

The purpose of the groups and agents is to offer free Amazon products in exchange for 5-star reviews. Normally how it works is that the consumer purchases a product on Amazon, writes a 5-star review, shows proof, and then receives a Visa gift card or are sent a payment on PayPal for the amount they spent.

The consumer gets free products and the Amazon seller gets 5-star reviews, which helps boost their listing on Amazon's marketplace.

In August, I had reported that at least 50,000 Chinese merchants were banned from Amazon for engaging in the practice of obtaining fraudulent or incentivized reviews. Last year Facebook removed over 16,000 groups dedicated towards manipulating Amazon reviews.

Amazon said in a blog post that it was struggling to deal with fake review factories, claiming that social media companies had been taking around 45 days to shut them down, but that the median number of days is down to five now.

Either way, whether the groups get ousted from Facebook and Twitter, they'll continue to pop-up on other platforms or simply create their own platforms. Getting rid of fake review factories is like playing a game of whack-a-mole. It'll be an issue that Amazon continues to struggle with in the future, but one that will need to be addressed, as fake reviews undermine the credibility of their marketplace.

5. Obtaining shipping supplies is still a struggle for online merchants

Jason Archambault, founder of Fastpack Packaging, told EcommerceBytes, “We offer over 15,000 different Shipping related sku’s, and over the last year, we have had more issues receiving product from suppliers than ever before.”

Prior to 2021, 1% or less of all the orders placed by Fastpack Packaging would be affected by out-of-stock issues, and usually the delays were only by a couple days. But in 2021, that number turned into double digits, with some products being out-of-stock for weeks or longer.

Suppliers have had quarantines and illness which caused staff and supply shortages and experienced delays in receiving raw materials for production, as well as dock delays at the ports. The US also experienced a cardboard and packaging materials shortage towards the end of last year.

Visa introduced cloud-based payment acceptance that will let acquirers, payment service providers, point of sale manufacturers and Internet of Things players move payment processing software from being embedded in each hardware device to being universally accessible in the cloud.

This will allow developers to transform almost any device into a cloud-connected payment terminal, while providing cloud-based software updates, analytics, network services, and security from Visa.

Mary Kay Bowman, senior VP and global head of payment and platform products for Visa said, “Cloud acceptance is the future of payments. Cloud-connected POS lets sellers accept payments across a range of devices quickly, simply, and safely, whether at an unattended kiosk in a hotel, a mirror in a high-end retail store or virtual in-home gym, or a smartphone in the hands of a small seller with a roadside newsstand.”

Yay we can buy more things in more places! LOL. While social media is becoming social commerce, every device around us is becoming a payment portal. I see the benefits, but at the same time, removing barriers to purchase can be dangerous for consumers. We're going to need a pop-up that reads,  “Are you sure? You've currently got $5,946/month in combined BNPL payments. [YES] [NO].”

PS: Did you hear about the man who sued Delta Airlines? He lost his case.