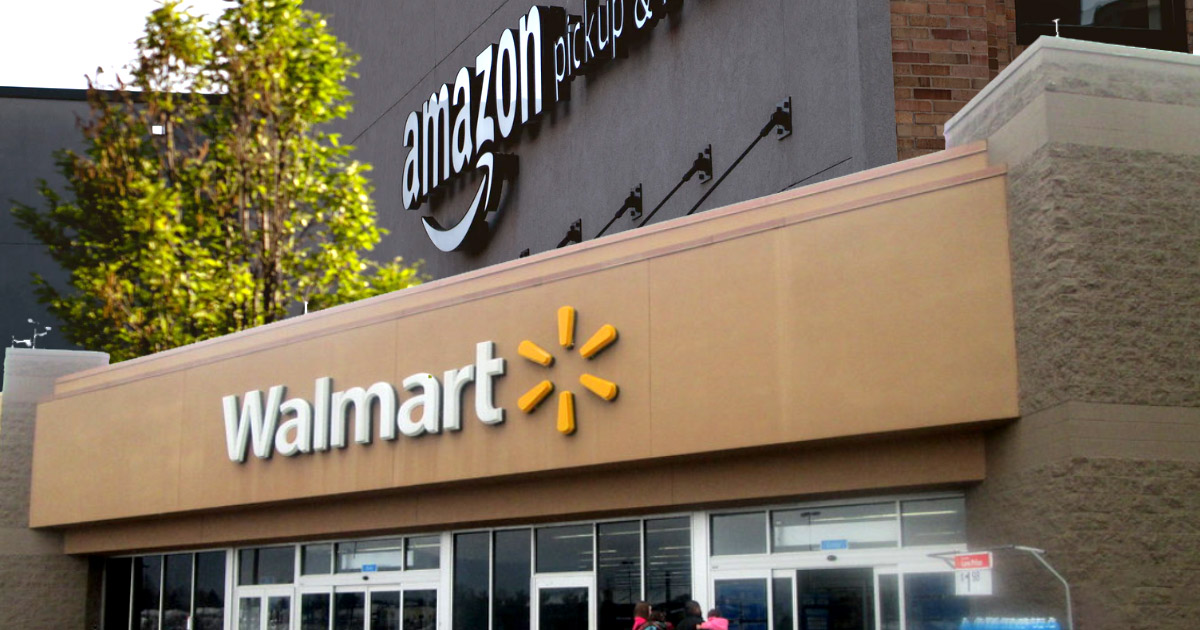 This is the 31st edition of the Shopifreaks newsletter. I hope you've been enjoying my weekly curation of the most important e-commerce news.

I just launched a Google Business Listing for Shopifreaks. Can you drop me a review? A few kind words will go a long way in helping me reach new readers.

And now, it's my pleasure to present you with the 31st edition of the Shopifreaks newsletter…

1. Amazon is now bigger than Walmart in consumer spending

According to data compiled by The New York Times, Amazon has eclipsed Walmart to become the world's largest retail seller outside China (where Alibaba still holds the title).

Consumers spent more than $610B on Amazon over the 12 months ending in June, but only $566B at Walmart during that same period.

Over the last century, the title of “World's Biggest Retailer” was first awarded to the grocery chain A.&P. during the 1940s, which resulted in antitrust authorities pursuing the company.

Next came Sears, which overtook A.&P. as the largest retailer in the early 1960s by targeting middle-class shoppers in the suburbs and expanding the department store model.

Then came Walmart, which expanded rapidly by opening mega stores in rural areas of the USA, where other large retailers steered clear of.

And now there's Amazon, who consumers welcomed into their homes with the press of a button via 2-day Prime Delivery

During the past decade, Walmart's geographic footprint kept them in the lead in overall sales, happening mostly in-store, while Amazon not-so-quietly dominated e-commerce.

Today, Amazon captures 41 cents of every dollar spent online in the United States, while Walmart takes just 7 cents, according to eMarketer.

However Amazon never promised to stop at online sales. The company currently has over 600 retail locations — 505 being Whole Foods locations and the rest a combination of Amazon 4-Stars, Amazon Pop-Ups, bookstores, Amazon Go convenience stores, grocery stores, and even a hair salon.

This year, Amazon also announced plans to open 30,000 square feet department stores, with the first expected to be in Ohio and California.

Turns out that operating at razor thin margins (and/or at a loss) for decades to undercut your competitors may have been cheaper in the long run than acquiring them.

2. GoDaddy: Websites are optional for e-commerce

GoDaddy has released an update for its payments services that allows small businesses to take online and remote payments without a website or online store.

The first new feature, Godaddy Pay Links, lets businesses create a link or QR code that directs to a secure checkout page which can be shared with customers via e-mail, social media, or text message (similar to a PayPal Buy Now button). The checkout page can be personalized with the business's branding.

So basically GoDaddy Payments has released two new features offering services that PayPal and Stripe have had for years. However that's not necessarily a bad thing. GoDaddy is rapidly expanding into becoming its own e-commerce platform, and that begins with playing a little catch up.

3. Shopify is being sued in California for collecting and storing consumer info

A California consumer is suing Shopify over allegations that the e-commerce platform does not inform customers who use their checkout system that Shopify is collecting their information and tracking their behavior across more than one million websites.

The suit contends that consumers using individual merchant websites have a reasonable expectation that they are communicating directly with the merchant, and only the merchant. However Shopify is actually collecting, storing, and evaluating consumer purchase history and personally identifiable information such as name, address, phone number, e-mail, credit card details, IP address, and browser.

Shopify is then installing tracking cookies on the buyer's computers and mobile devices which enables the company to identify a particular consumer and track their activities across its entire merchant network, as well as gather further data about declined transactions.

The complaint states several claims for invasion of privacy and violations of the California Computer Data Access and Fraud Act and Unfair Competition Law.

Consumers who submitted payment information to a Shopify merchant while located in California after Aug 13, 2017 can seek damages.

That's a big lawsuit! I'll keep you in the loop in the future about how it plays out.

As you've been following with me over the past several months in Shopifreaks Editions 23, 27, and 30, India is changing the landscape for e-commerce within its borders through new laws and regulations over big tech and anti-competitive selling tactics.

Now the Ministry of Commerce has announced plans for a state-sponsored open network for digital commerce that could throw another wrench into the gears of Amazon, Walmart's Flipkart, and even India’s Tata Group.

Commerce Minister Piyush Goyal has set up a committee to democratize digital commerce and provide alternatives to proprietary e-commerce sites through an open network. His plans for an open network will follow in the footsteps of the country’s highly successful Unified Payments Interface.

If you're unfamiliar with UPI, it's a network introduced in 2016 by the Indian government that enables real-time payments over smartphones, which has eclipsed proprietary card-based payments over the past 5 years.

Now the government hopes to take a similar approach to developing its e-commerce infrastructure. The ministry says that merchants will be able to save their data under the open network to build credit history and reach consumers.

Time will determine how the open e-commerce network will work, and if it will help the ministry reach their objectives of keeping the ownership and facilitation of online commerce within India's borders.

Personally, I'm excited about these new rules and regulations. I imagine there will be some growing pains and the outcome may not be ideal for every party involved. But if the goal is to keep the consolidation and anti-competitive behaviors that have plagued American small businesses over my lifetime out of India's borders, then I'm all for the government making an attempt.

What are your thoughts about India's open e-commerce plans? Hit reply to this e-mail and let me know.

(Btw – Nilesh Christopher published an interesting story this past week on Rest of World that's worth a read about how Google, Facebook, and Walmart stole Indian-based Paytm's market share in India — further reason why India would like to maintain a tighter leash on foreign goliaths as they race for market dominance within their borders.)

Amazon also reported mixed results for the June quarter with better than expected profits but sales that fell shy of Wall Street estimates. Online sales were up 16% from a year ago, which was below the 41% growth in the March quarter and 49% growth a year ago.

I can't say it's surprising though. Why were Wall Street analysts predicting a second year of record online sales growth during a time that the country was reopening? Certainly consumer habits have irreversible shifted towards online during the pandemic, but we're not going to live in quarantine for the rest of our lives with our fingers on the Amazon Prime button! Eventually e-commerce sales growth will hit a natural plateau while consumer shopping habits recalibrate — or perhaps it already has.

This is why Tim Edwards of ITProPortal stresses the importance of why brands shouldn't be relying solely on e-commerce during the post-pandemic era, noting that in most cases, an e-commerce experience alone isn't what will keep customers loyal in the long term.

Edwards goes on to say, “Particularly when you consider the fact that now shops are opening back up, a surprising number of people actually want to get back to them.  In our latest research 63 percent of customers think it’s still important post-pandemic for brands to have a physical as well as an online presence, with this figure rising higher when it comes to the younger demographics.”

Omni-channel isn't the future — it's the now.

6. Vistaprint and Wix partner up

Through a new partnership, Wix will power Vistaprint's website builder and e-commerce services. All existing sites built on Vistaprint solutions will be migrated to Wix which could result in hundreds of thousands of new Wix subscriptions over the next five years.

Additionally, Vistaprint will become a primary Wix partner for offering printing and marketing services to their subscribers. The Vistaprint and Wix integration will be rolled out in 2022.

Get a room you two. Just acquire each other and get it over with!

7. Square's Bitcoin wallet for the masses

Thomas Templeton, an Apple veteran who helped develop the iPhone camera, is now leading Jack Dorsey's plan for putting a hardware bitcoin wallet into the hands of all consumers.

The goal is to create a hardware device that safeguards your private keys that are used to unlock cryptocurrencies. Right now hardware bitcoin wallets are super niche, but Jack Dorsey wants to bring them to the masses and solidify Square's role in the crypto world.

Square wants to offer the crypto world what Apple accomplished with mobile phones — merging the best of hardware and software into one package.

Dorsey revealed his plan on Twitter this past June and will continue the conversation with the crypto community throughout the wallet's development.

PS: What's the worst thing to wear to court? … A lawsuit.