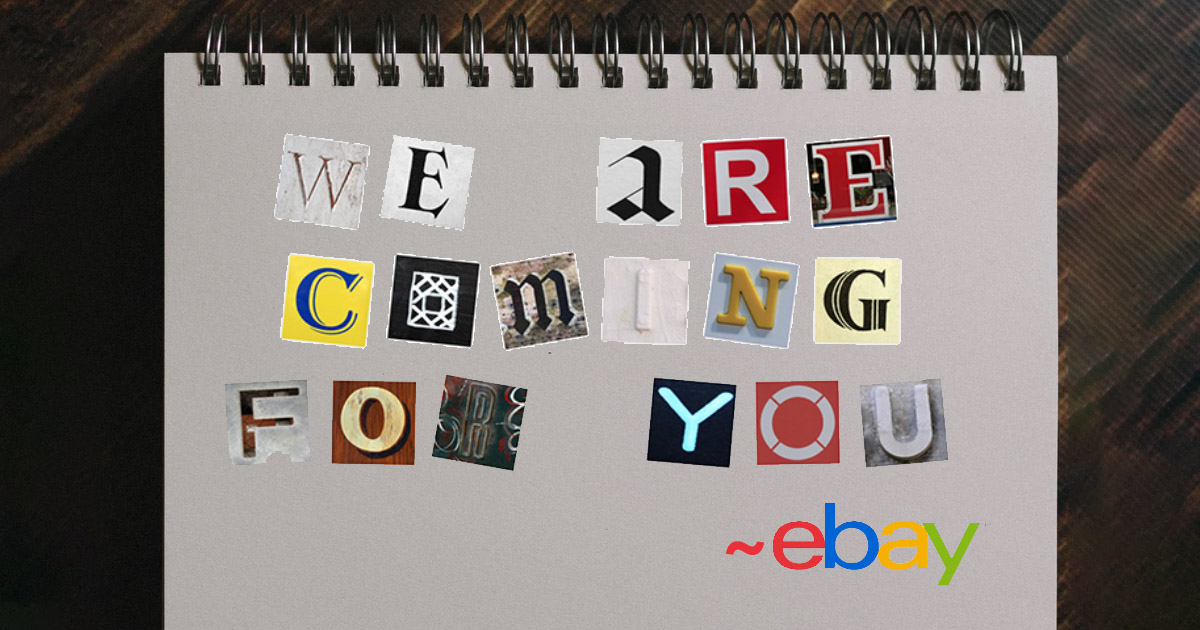 Growing up in the emerging world of technology during the 90s and early 2000s, the Internet was spoken about early on as a liberator from big industry. It was supposed to level the playing field and allow information, products, and services to bypass the gatekeepers and middlemen that controlled the market and reach consumers and audiences directly. That was the dream (and maybe the reality at the beginning).

However over the course of a couple decades, what happened instead was that the gatekeepers and middlemen simply changed faces. Search engines and social media companies became the gatekeepers of information while goliath e-commerce marketplaces replaced big box retailers.

Perhaps it's natural and inevitable that consolidation happens. As much as humans want freedom, they intrinsically hate choice, so we gravitate towards the easiest option and form habits that result in the formation of market leaders who become our gatekeepers and middlemen. I'll Google it later and let you know.

And now, onto the 27th edition of Shopifreaks newsletter….

1. EcommerceBytes filed a lawsuit against Ebay for intimidation, threats, and harassment.

David and Ina Steiner, who run the popular e-commerce focused publication EcommerceBytes since 1999 (which I regularly feature in this newsletter), say in their lawsuit that Ebay engaged in a conspiracy to “intimidate, threaten to kill, torture, terrorize, stalk and silence them” in order to stifle their reporting on the company.

Harassment tactics included deliveries of items like live insects, a funeral wrath, a bloody pig face mask, pornographic magazines with David's name on it sent to neighbors, as well as plans to break into the couple's garage to install GPS devices on their cars.

Former US Attorney for Massachusetts Andrew Lelling said, “This was a determined, systematic effort by senior employees of a major company to destroy the lives of a couple in Natick all because they published content that company executives didn’t like.”

Several former eBay employees were charged last June for their roles in the harassment campaign and at least five have already pleaded guilty.

WTF eBay??? I've reported on eBay 9 times out of the 27 editions of this newsletter. Am I next on your hitlist? Perhaps I'm lucky that I live in the middle of the Amazon jungle. It's hard to get packages here. If you do send me some hate mail, eBay, can you include two batteries for my DJI Mavic Air? They're hard to find in Ecuador. Thanks.

In all seriousness though, it's terrible and frightening to read about journalists in this space getting harassed by giant tech companies. My heart goes out to the Steiners. I wish them luck with this lawsuit and hope that they can put it all behind them soon. Keep on doing what you do at EcommerceBytes!

XPO Logistics operates warehouses and manages deliveries and returns for retailers and e-commerce merchants, allowing them to offer competitive fulfillment services to the likes of Amazon using economies of scale. They operate from 885 locations in North America and Europe. Clients include Apple, Nike, Disney, Nestle, Pepsi, and Whirlpool.

On Aug 2, XPO Logistics will complete the spinout of GXO Logistics, creating two independent public companies. After the spinout, GXO will run their warehouses and manage deliveries and returns, while the new XPO will continue to operate their trucking logistics, which generated more than $10 billion in revenue over the past twelve months, ranking it the third largest provider of less-than-truckload (LTL) services in North America (which means operating single truck deliveries for multiple customers).

The idea behind the split is to reshuffle debt and offer XPO the flexibility to look at expansion opportunities. The company was built on acquisitions, growing revenue by 17,000% during a 10-year period ending in 2015, so they are no stranger to expansion.

Splits are risky business, but warehousing and fulfillment is the pretty girl at the dance right now for investors, and GXO may be a sleeping giant. I predict that e-commerce demand is going to outpace fulfillment sector growth over the next 5 years and that consumers will see prices go up with the increased demand during this time, making it an attractive investment.

3. The downsides of selling your store on Shopify's internal marketplace

Shopify runs a platform called Exchange Marketplace since 2017 which facilitates the buying and selling of Shopify stores. One of their pitches to buyers is that the sales data can't be edited by the sellers. Traffic and sales data are calculated by the Shopify and displayed directly on the exchange.

However sellers have recently come out and expressed downsides to this system including:

Shopify's appeal to sellers is a streamlined listing process. Less due diligence is required since Shopify can already confirm traffic and sales figures. However the exchange for simplicity just may well be a lower sales price for their store.

BigCommerce has partnered with Mercado Libre, the leading e-commerce marketplace in Central and South America, to give BigCommerce merchants the ability to sell to their 133 million customers. This is Mercado Libre's first partnership with a major North American e-commerce platform.

Mercado Libre will now be available within the BigCommerce Channel Manager, allowing for quick application and approval onto the marketplace. Currency conversions and language translations will be provided by Mercado Libre and merchants will be able to automatically sync their product listings as well as centrally manage their orders from within their BigCommerce dashboard.

It's great move for both companies that will provide new products on the marketplace to Mercado Libre customers and a new sales channel with huge upside potential for BigCommerce merchants.

BigCommerce is on a run lately with recent moves including integration with Amazon Multi-Channel Fulfillment, bringing Bitcoin to their platform, launching their Big Data Solutions toolset, releasing a B2B Edition, partnering with Commonwealth Bank, etc. Some analysts say that the company is currently undervalued which could make this an attractive time to pick up some BIGC shares.

Recently there's been a surge of new fintech apps to hit the market, but are consumers the ones driving the demand? Originally the fintech space was all about providing consumers accessibility and control over their finances by offering superior and cheaper services than banks. Banks supported the apps because they were getting their money either way — through renting issuing licenses and providing payment processing services.

However now more and more fintechs are applying for and receiving issuing licenses over the past couple years, while at the same time banks are investing in their own Banking-as-a-Service (BaaS) offerings, transforming from partners into competitors. The market is becoming saturated.

At what point will there be too many choices and consumers will begin to have fintech app overload? Shahin Jahromi of of Payments Journal predicts, “There will come a time when the consumer, the user of the shiny apps, will begin to exert their influence. If it’s easy to begin with a new app, then it’s easier to drop one… In short, there are so many apps out there because the traditional banks allowed a vacuum to build up and we all know what nature thinks of that.”

What are your thoughts about the future of fintech? Hit reply to this e-mail and let me know.

This past April, Coinbase pulled off the seventh biggest new listing of all time just a month after they were fined by the CFTC for failing to disclose that it was trading with itself to inflate trading volumes. Coinbase staff made a lot of money from the IPO with insiders selling between 60-100% of their shares, potentially leaving COIN investors left holding the bags.

Jordan Atkins of Coingeek feels that these IPOs and insider sell offs are a predictor of what's to come in the space. He writes, “It’s a freight train that the likes of Coinbase have seen coming—in part because they helped set it in motion. Otherwise, there’s no reason for companies like Kraken to suddenly be interested in going public. It isn’t a coincidence that this rush to go public is happening at the same time: they know the music is coming to an end, and best believe the likes of Coinbase and Kraken won’t be the ones holding the bags.”

7. India is about to be the land of tech unicorns

In recent weeks, record fundraising has shifted attention to the world's second-most populous market, right around the time that investors were becoming spooked by a crackdown on Internet companies in China.

Zomato became the nation's first unicorn to make its stock market debut, raising $1.3B. Paytm filed a draft prospectus for what could be India's biggest IPO at $2.2B. And Flipkart raised $3.6B, a record funding round for an Indian startup.

And this is just the tip of the iceberg for India. Many of the country's 625 million Internet users are just dipping their toes into the worlds of video streaming, social networking, and e-commerce. E-commerce still accounts for less than 3% of retail transactions in India. In the meantime, the country's population is expected to overtake China's this decade.

According to eMarketer, India will be the fastest growing e-commerce market in the world in 2021, and the potential is still largely untapped.

NEW: You can also mention @shopifreaks on Twitter or submit posts to r/Shopifreaks on Reddit. I'll curate the best submissions each week for inclusion in the newsletter.

PS: My computer arrived late to work today. It had a hard drive.