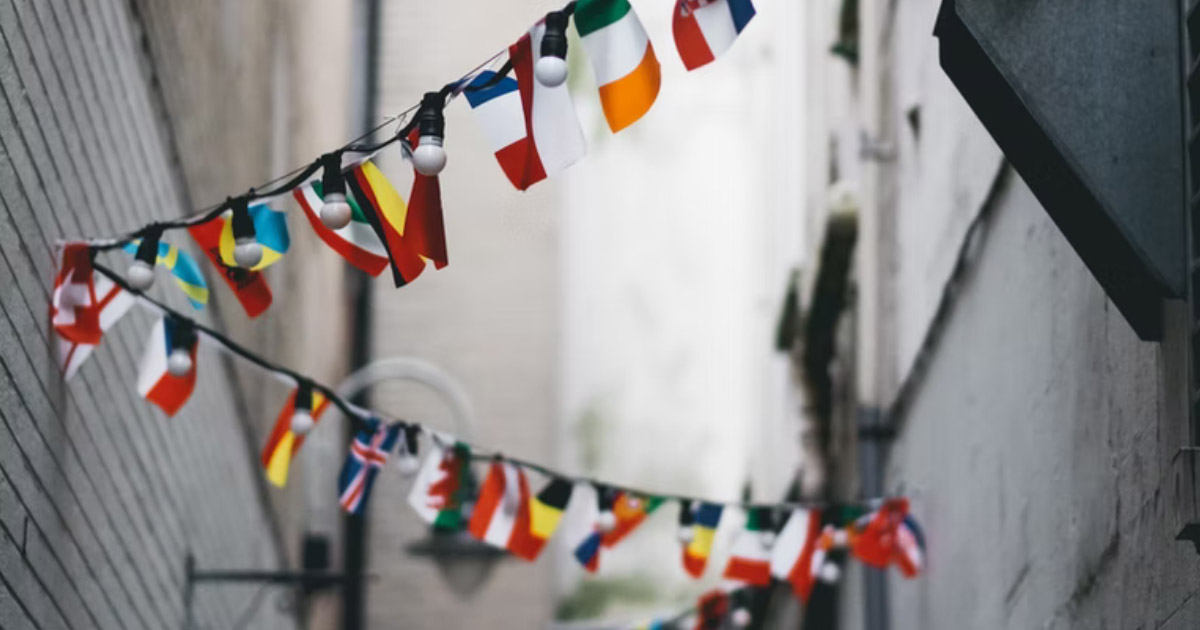 This week I have so much e-commerce news to share, I won't even write a long intro so that we can get right to it! Get ready for one of the most jam-packed editions I've ever published.

In this week's 62nd edition of the Shopifreaks E-commerce Newsletter, I report on BigCommerce's new global-centric features, Wix's partnership with Amazon MCF, and Instacart's new marketplace.

I also share new feature releases by PayPal, Instagram, USPS, and FedEx. Plus some insight into the BNPL industry and why Affirm's market cap plummeted by $35B in the past 5 months.

All this and more in this week's edition of Shopifreaks. Thanks for being a subscriber!

In 2020, a record 97.5 million sq.ft. were leased directly by e-commerce occupiers, while another 77.1 million sq.ft. were transacted throughout 2021. Those figures are expected to rise by more than 15% over the next two years. — According to Digital Commerce 360.

Retweet It <– Check out my new #StatoftheWeek graphic format!

BigCommerce has released their new Multi-Storefront feature, which allows merchants to create and manage multiple storefronts within a single dashboard.

With the new feature, merchants are able to create unique storefronts with separate domains, designs, pricing, transactional and promotional e-mails, and payment methods.

Last month, I reported that BigCommerce partnered up with Digital River to offer a global commerce solution that will manage payments, tax, fraud and compliance, and simplify cross-border selling and boost global expansion. The new Multi-Storefront feature complements this integration by allowing merchants to manage their unique storefronts for each country within one dashboard.

Storefronts can be powered by BigCommerce’s stencil theme framework or by a third-party frontends like Next.js, Bloomreach and WordPress — or a mix of both.

As someone who currently manages e-commerce sites of multi-national brands, I can tell you that this is a big step forward for productivity. If I have to logout of the USA store in order to login to the Canada backend one more time throughout my day, I'm going to go insane.

I'm glad to see BigCommerce and other e-commerce platforms tackling merchant demand for managing storefronts across multiple countries and languages. In September, I reported that Shopify is launched their own version of a multi-country storefront solution called Shopify Markets.

Speaking of BigCommerce's global push, the company also announced a partnership integration with dLocal, a payment platform that connects global merchants to emerging markets, to expand their presence in Latin America.

Wix announced a new integration with Amazon that will allow merchants to leverage Multi-Channel Fulfillment (MCF), a service from Fulfillment by Amazon that uses pooled inventory to fulfill orders on other channels.

The integration will give Wix sellers in the U.S. access to Amazon's fulfillment network of over 110 locations. After a merchant integrates MCF by downloading an app to their Wix store, customers will automatically see shipping speed options such as same-day and two-day delivery and real-time delivery dates from Amazon when shopping on their website.

Merchants will also be able to offer flat rates / free shipping in addition to the Amazon rates, and MCF will share confirmation and tracking details with customers.

The catch for merchants is that those who opt in to the service must fulfill their entire catalog through Amazon, which precludes it from being an option for merchants that offer a mix of print-on-demand products or who would like to only utilize Amazon MCF for part of their catalogue.

PayPal is making its recently acquired Happy Returns feature available to all PayPal Checkout merchants at no extra cost.

Happy Returns offers a nationwide network of 5,000+ return locations called “Return Bars” where customers can return items that they purchased online from other merchants. To use the returns service, retailers offer QR codes that the customer can bring to their nearest Return Bar along with the item, and customers receive an immediate refund.

The Return Bars then aggregates returned products across merchants and ships them back together, saving money for the merchant on shipping, while creating an easier and localized return process for customers. It's like an outsourced version for smaller merchants of what Amazon offers through Whole Foods and Kohl's stores.

PayPal acquired Happy Returns in 2021 and has since doubled the amount of Return Bar locations, including to Ulta Beauty's 1300 locations across the U.S.

For PayPal merchants, Happy Returns will now be available at no extra cost, but PayPal’s Checkout fees will still apply.

Delivery companies have been making some tech moves this past week to keep up with e-commerce demand and consumer expectations.

USPS announced that it is now offering its new USPS Connect Local service, which offers next-day and same-day delivery to businesses, in New York, New Jersey, Pennsylvania, Maryland, and Delaware, as part of a nationwide rollout that began last month.

Meanwhile, FedEx has been working on a new feature for its mobile app called Crosstrack that allows users to track their deliveries from other delivery companies including UPS, USPS, Amazon, and more.

The feature was shared with TechCrunch by a developer and is currently in development. It is positioned to compete against Shopify's Shop App which offers similar cross-platform delivery tracking services. However unlike Shop App, the expanded functionality will not extend into shopping or product recommendations and will only be used for tracking, according to FedEx.

At the moment, Crosstrack is considered a “concept” that FedEx is testing, and not a feature that the company is ready to announce as a public launch.

I'd speculate that Shopify's Shop App and FedEx's Crosstrack feature are part of each company's goal to acquire more of what Scott Galloway calls the “attention graph” of their users, which refers to the finite amount of time that consumers have available to spend on various platforms.

The more time that consumers can spend in their apps as a one stop all-in-one solution for tracking their packages, the more brand loyalty each respective company will build. Whereas Shopify might leverage this consumer time on the attention graph into advertising space in the future, FedEx could leverage it into additional shipping or last mile delivery services.

Fidji Simo, CEO of Instacart said, “The grocery industry is undergoing a digital transformation where customers expect a seamless experience across many channels, but behind the scenes it’s taking an incredible amount of work and investment for retailers to deliver these new services. We’re looking to change that with Instacart Platform. We started as the e-commerce and fulfillment partner of choice for grocers, and we’ve been building on that foundation to broaden and deepen our capabilities, in order to help retailers innovate faster than ever on their own properties.”

Instacart currently partners with 750+ national, regional and local retailers to facilitate online grocery shopping, delivery and pickup services from more than 70k stores across more than 5,500 cities in North America.

Last week I reported on their new Shoppable Recipes feature, and two weeks ago I reported on Instacart's new in-store navigation and live phone support, which are part of a month-long rollout of new product features for shoppers that the company plans to unveil.

6. Instagram product tagging now available to all US users

Business owners will receive a notification when someone tags one of their products, as well as view all tagged content on their profile in one place. Brands can control who tags their products by managing their preferences.

An Instagram spokesperson said in an e-mail to TechCrunch, “People come to Instagram to share and discover trends and inspiration. Product tagging will make it possible for anyone to support their favorite small businesses, share how they styled their looks along with the products they used and more.”

Will regular users (non-influencers) get a piece of the action (ie: commissions) for tagging their favorite products and referring sales? Probably not! Why should Instagram offer that when people seem to tag their favorite brands already for free?

Instagram says that 1.6M users already tag at least one brand on average each week on their app, and allowing product tagging can help streamline the shopping experience for its users.

Within the last five months, the market value of Affirm hash plummeted by about $35B, and at one point last week, their market cap dipped below $10B for the first time since going public in January 2021. I've witness it first hand in my own stock portfolio. LOL.

Ledbetter's article is a great summation of the current volatile state of the BNPL industry as a whole, showcased through Affirm's market cap fluctuations.

Sea Ltd is withdrawing from India's retail market just months after starting operations there, as the firm faces a weak growth outlook. The withdrawal comes weeks after its e-commerce arm, Shopee, said that it was pulling out of France and after India banned Sea's popular gaming app, Free Fire.

Shopee began selling in India in October 2021 as part of an aggressive international push. The local unit, Shopee India, recruited local sellers and launched a shopping website and app to compete with Amazon and Walmart's Flipkart, which currently dominate the Indian e-commerce market.

One person with direct knowledge of the company's thinking said Shopee's decision to exit from India was sparked in part by stricter regulatory scrutiny, but at the moment, there is no clear evidence that the decision to withdraw from India is based on government pressure or other operational decisions.

PS: My local butcher started accepting crypto as payment. But only proof of steak.