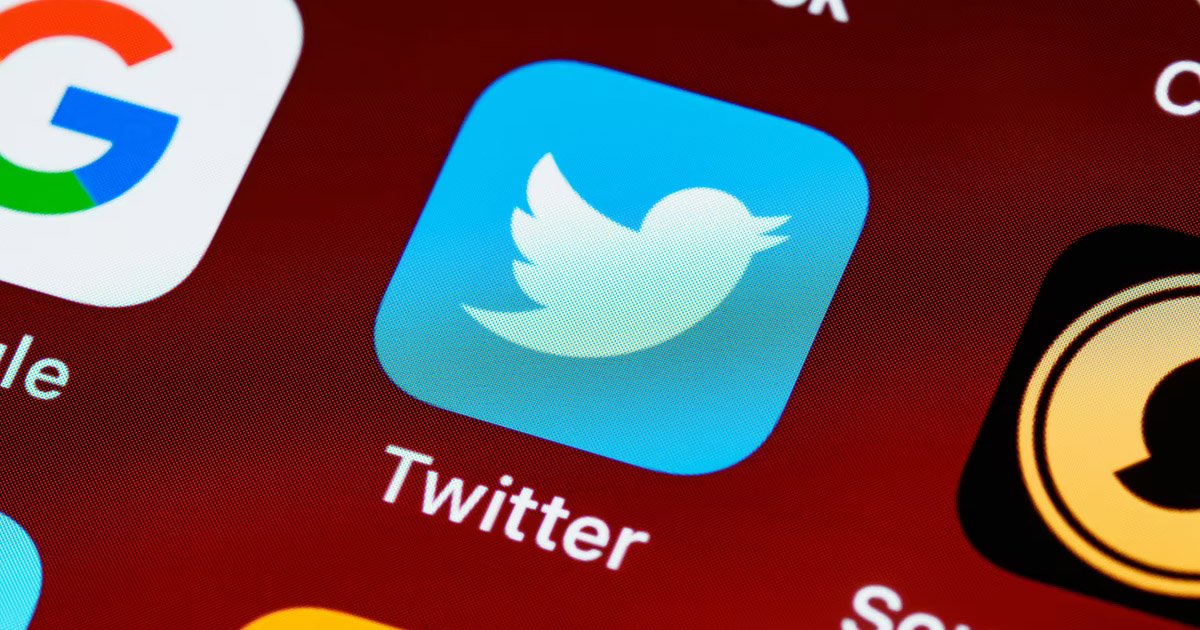 I hope you had a great Black Friday weekend — whether you were deal shopping as a customer, running promotions for your business, or simply spending some time with family and friends. Some of my e-commerce clients had record breaking weekends, and it turns out they were not alone. (See my Stat of the Week below.)

I thought I was going to be deal hunting for home appliances, but I ended up not shopping at all — at least for the house. I did, however, buy some lifetime software deals on AppSumo, but that's about it. I kept reading stats about how most Black Friday deals were merely a combination of regular deals that were simply marked as “Black Friday Deal” and/or items that had been marked up for the weekend and then discounted back to normal price. So I decided to avoid the hoopla all together and spend the weekend painting my house instead.

Either way, we made it through another Black Friday! Congrats to us all.

And now, it's my pleasure to bring you this week's 45th edition of Shopifreaks.

Yesterday, Walmart was the first retailer to test Twitter's new livestream shopping feature. Jason Derulo, an American singer, hosted the event where he and a handful of influencer friends introduced 1.8M viewers to deals in electronics, home goods, apparel, and seasonal décor while touring around a staged house.

Twitter users who viewed the livestream were able to toggle back and forth between a “Latest” tab that showed recent tweets and a “Shop” tab to preview the products for sale. If they wanted to make a purchase, they were directed to Walmart.com within an in-app browser (on mobile) so that the livestream continued to broadcast.

This livestream event builds on Twitter's recent tests of its new Shop Module that launched in July. Twitter did not take a cut of the e-commerce revenues and are currently planning to use the feature to entice new users to join the platform, as opposed to a channel for monetization (for now).

Livestream shopping is new to Twitter, but par for the course for Walmart, which has been hosting live shopping events this past year on TikTok and YouTube. Twitter says the Walmart Cyber Deals livestream will serve as the initial test of Live Shopping on Twitter in the U.S.

I watched part of the Walmart livestream event (which you can view a replay of here) and it was objectively terrible. Probably one of the worst things I've ever seen in my life. (And I've seen like more than 100 things…)

I know that livestream shopping is huge in China, has been gaining traction in Europe, and has made it here to the US — but wow is it just horrible. Who in the world actually watches these amateur QVC hours? Apparently 1.8M Walmart shoppers do.

To be honest, this was one of the first livestream shopping events I've ever watched, so I won't blanket judge all of them yet. Perhaps other influencers make them more entertaining and/or educational. I'm admittedly not a huge social media consumer in general, and I'm less enthused about deliberately watching commercials — so mix those two worlds together and you've got a media that I probably won't spend much time consuming.

However I respect the game, and if this is what consumers want, then by all means give it to them. I can't promise you that I won't experiment with livestream shopping on Travel is Life in the future — I just probably won't watch them myself afterwards. LOL. I have, however, previously made a video commercial for one of my products — it just wasn't livestreamed. If you'd like to laugh at me, you can watch it here.

Hit reply to this e-mail and let me know or tweet at me.

2. Jack Dorsey is stepping down as CEO of Twitter

He was so embarrassed by the livestreaming event that he couldn't stand to show his face in the Twitter offices anymore! (Kidding.)

Dorsey has been serving as both the CEO of Twitter and Square since launch and will remain a member of the board until his term expires at the 2022 meeting of stockholders. In the meantime, effective immediately, Parag Agrawal, Twitter's CTO, will take over the role. It has not been announced who will step up to replace Agrawal as CTO.

Dorsey said in a statement, “I’ve decided to leave Twitter because I believe the company is ready to move on from its founders.”

Agrawal has big shoes and aggressive goals to fill in his new role. The company announced earlier this year it aims to have 315M daily active users and double its annual revenue by the end of 2023.

Do you now who's going to be thrilled and full of I-told-you-so's about this news? Scott Galloway. He already rather concisely expressed his thoughts on the news a few hours ago in a tweet. Galloway has been fairly vocal over the past few years on his podcasts about how Dorsey should NOT be the CEO of both companies and that he's doing both companies and their shareholders an injustice by trying to be in two places at once. It's hard not to agree with his logic.

Now we will see if Twitter really is better off without him. What are your predictions?

3. Introducing the Netflix Hub on Spotify

Netflix and Spotify have partnered to launch a new section on Spotify called Netflix Hub that includes official soundtracks, playlists and podcasts. The new section will be available to both free and premium users in USA, Canada, Australia, New Zealand, the U.K., Ireland, and India.

The Netflix Hub will enable users to listen to content from popular Netflix shows including Money Heist, Bridgerton, On My Block, Squid Game, Bruised and Cowboy Bebop.

This is not Netflix and Spotify's first time teaming up. They've previously collaborated on curating a playlists for Lucifer and Money Heist characters, as well as working together on the enhanced album for the Netflix movie The Harder They Fall.

Why is this e-commerce news, you might be wondering? Merch baby!

In June, I reported that Netflix launched Netflix.shop – their first owned and operated retail outlet to sell licensed products based on its original programing. And in October, I reported that Shopify and Spotify teamed up to allow artists to list merchandise for sale directly on their Spotify profiles.

Teaming up to feature official Netflix soundtracks, playlists, and podcasts, on a platform where licensed merch can be sold… Sounds like it's about to be raining merch sales!

AirAsia, the popular low-cost airline that offers domestic and international flights to more than 165 destinations spanning 25 countries, is about to capitalize on the e-commerce boom by launching a parcel delivery service in Asia.

The new service, called AirAsia xpress, is part of the company's recent attempts to expand its digital business and offset revenues that have been hard hit by the Covid-19 pandemic. AirAsia xpress will be powered by Teleport, the logistics arm of the company.

Lim Ben-Jie, head of delivery for AirAsia Super App, said, “Combining our ease of usability and network reach across Asean and beyond, AirAsia xpress will support individuals and micro businesses with fast and convenient deliveries. Social commerce sellers in particular will greatly benefit from our offerings to scale and grow their business, especially at a time when e-commerce is booming and championed by home based sellers of new and used items.”

Quite interesting news! You might recall in September when I reported that Amazon Air now has 75 planes and that more than 70% of the U.S. population lives within 10 miles of an Amazon Air airport. So while US airlines are slowly having their air freight revenue siphoned off by Amazon Air — AirAsia is going in the opposite direction and building the last-mile leg of their freight fulfillment services. Brilliant!

In a month from now, will I be reporting the launch of JetBlUPS? (That was my best attempt at combining an American low cost airline name with a delivery company name. What would yours have been?)

Remember last Monday when I reported that Amazon employees from 20 countries were planning to go on strike for better working conditions on Black Friday? The planned protests were part of a “Make Amazon Pay” campaign run by a coalition of 70 organizations including Greenpeace, Oxfam, and Amazon Workers International.

Here's an update for you… Amazon was in fact hit by protestors throughout Europe and USA. Reports came in about 13 facilities in the U.K. that were hit with the aim of disrupting 50% of the company’s deliveries on Black Friday, as well as reports of disruption throughout Germany, Italy, France and the Netherlands. Police arrested five people at a protest in Dartford and 17 in Tilbury, towns east of London.

It's unclear at the moment how much of an actual disruption these planned protests had on Amazon's fulfillment, but regardless, their voices certainly were heard around the world that day.

Google Shopping and American Express teamed up this year to create shoppable street murals in New York, Los Angeles, Boston and Chicago. The murals become shoppable by passersby holding the Google Lens app up to the mural and tapping on an item to find it online.

Each mural was created in partnership with a local artist and features products that are sold by at least 25 small businesses. The Google / AMEX project is also offering free digital workshops for small businesses to teach them the process of getting their business and products on Google.

I can't decide if this project is cool or awful. Does EVERYTHING have to be a commercial?

PS: Did you hear that farmers revealed the secret to milking sheep? … With Black Friday deals!