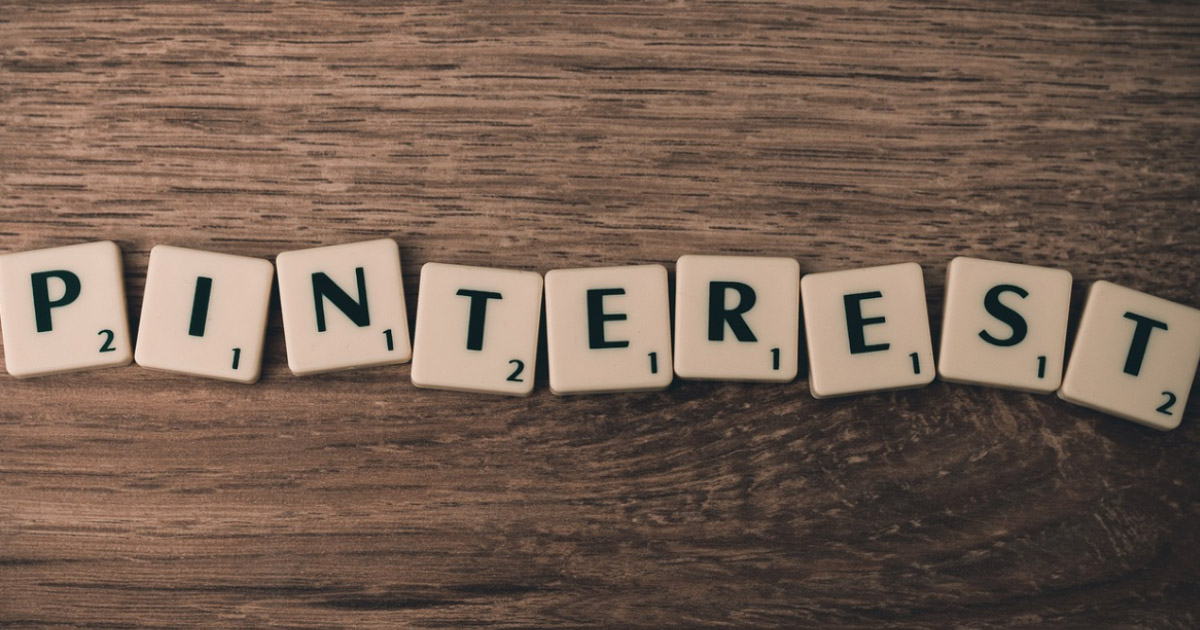 Is everywhere and everything becoming a portal for shopping? If Shopify has it their way, that might be the case. This past year it's felt like consumers are standing on the sidelines of an online race towards a finish line where every app, platform, and device is a digital shopping mall (with a built in credit card) — and Shopify is the Usain Bolt.

In this week's 40th edition of Shopifreaks, I dive into PayPal's potential acquisition of Pinterest, Shopify and Spotify's new deal, and some exciting new Amazon Seller features that were announced during the Amazon Accelerate event.

Hey btw – are you loving this newsletter? If so, do me a solid and share it with your friends and drop me a review on Google. Your support and endorsement helps me grow my readerbase and is much appreciated.

And now onto this week's edition of Shopifreaks…

Reports surfaced last week that PayPal is in talks to acquire the visual search platform Pinterest for $45B. The news sent PINS soaring from around $51 to over $62 last week, but it's since dropped back down to $51 levels. On the flipside of the acquisition rumor, PayPal took a dive from $271 to $240 after the news but has somewhat recovered into $250 territory today.

Some analysts are of the opinion that acquiring Pinterest could be a great way for PayPal to dive deeper into social commerce to compete with the likes of Facebook, which operates its marketplace, and TikTok, which currently integrates with Shopify and is planning on launching its own independent marketplace in the future.

Professor Scott Galloway predicted on a live episode of Pivot podcast that if the PayPal/Pinterest acquisition goes through, Square will buy Twitter and Shopify will buy Snapchat as fintech-content platforms become the norm.

Meanwhile, remember “cool factor”? Social media is culturally driven, and things are intrinsically less cool when they're filled with ads and commercials. At what point does Facebook start AI tagging products and apparel in our photos with Buy Now buttons? Turning every social media platform into a social commerce platform opens the door wide open for new culturally relevant and commercially less-friendly platforms to gain popularity as users inevitably become fed-up with spending time in digital shopping malls.

From a different perspective as a content creator, I'll share that Pinterest has gotten so irritating that I've all but stopped using it, and a lot of content creators feel the same way. During the past few years, Pinterest hasn't been able to figure out what they are. Are they a social media platform? A visual search engine? A shopping marketplace? An advertising channel?

They've put an unduly amount of work on creators to keep up with the changes to their platform while they've attempted to figure it out, so many have either left or scaled back their efforts to utilize Pinterest as a traffic source.

In the time I could spend feeding Pinterest's platform, I could research and publish two new articles that rank on Google for years — which is where I personally focus most my traffic building efforts. Sure, Google changes their algorithm all the time too, but they haven't asked me to create a brand new pin graphic every day for every single post I publish on their platform, which is essentially where Pinterest is at today.

Pinterest has evolved into a platform that caters to visual spam, and now they've got an overwhelming amount of it, alongside a creator base that they've trained to non-stop vomit graphics into their feed. (To be fair though, maybe that's every social media platform at this point. Feed the beast!)

They clearly need to dive deep into the shopping world, but their bottleneck is in getting content into their platform, which is predominantly powered by creators. Stores just want to mass dump all their products into Pinterest via API — but those pins aren't pretty. They're just square images of products. Whereas creators were / are the ones creating visually striking content for Pinterest — but they're getting frustrated and pushed out.

Which may be fine for Pinterest because are creators really needed? If they wanted, Pinterest could just exclusively suck up images and content from the Internet and let users organize it — and most users would be none the wiser when searching for design ideas for their living room. But there would go the Creator / Follower social dynamic of the platform. (Which btw, they just launched an AR Try-On feature for their Idea Pins.)

What are your thoughts about PayPal acquiring Pinterest? Hit reply to this e-mail and let me know or tweet at @shopifreaks.

Shopify will be linking up with Spotify to allow artists on their platform to list merchandise for sale directly on their Spotify profiles. Selling merchandise will be available to artists everywhere, but the merchandise tab will appear only to listeners in Canada, US, UK, Australia, and New Zealand.

In other news, Shopify is partnering with Kohler so that you can shop right from your toilet. Flush twice for free shipping. LOL. Wait, isn't that where most of you shop on your smartphone anyway?

I'm obviously joking, but it does feel that we're reaching that point. Shopify has integrations and connections with practically every major publishing platform, and growing. In fact, they also just announced a new integration with Microsoft that will allow Shopify merchants to show up automatically in the Microsoft Bing Shopping tab and the Microsoft Start Shopping tab for free as product listings. (Similar to what they did earlier this year with Google.)

Shopify has been on fire this past year with building integrations so that if a creator or artist wants to sell merchandise, they can power the transaction. This is one of several reasons why I'm super long on SHOP. They are building themselves into the fabric of e-commerce at every level.

Last week, Spotify also announced that they will now let any podcaster using its publishing platform Anchor upload video podcasts. They'd been beta testing the feature for a year and are now rolling it out to the masses. It makes sense that the shift towards visual podcasts and the shopping integration are happening around the same time.

YouTube originally unveiled its plans to invest in live shopping earlier this year, as part of a larger initiative around integrated shopping on YouTube. The initial tests were focused on videos on demand, but is now shifting into livestream videos.

The upcoming Stream and Shop event will kick off with the Merrell Twins, and will also feature products from Walmart, Samsung, and Verizon. For now, livestream shopping won't be available to all users yet, and YouTube will continue to test the feature with individual creators.

On day two of its Amazon Accelerate event, Amazon announced the launch of its new Local Selling on Amazon service. Sellers can now list products in Amazon's store and offer them to local customers for in-store same-day pickup.

A new tab called “Buy Online, Pick Up In Store” will be available on the Amazon Product Page Listing, and buyers will be able to see where and when to pickup their items, or have the option for local delivery if offered by the seller.

Last month I reported that Amazon is launching their own POS system in a move to further push their way into the hearts, minds, and cash registers of small business owners. I had predicted that by moving into POS systems, Amazon could potentially consolidate offline sales – the way that it did online sales – through direct access to brick and mortar sales data and inventory analytics. Imagine this on a product listing…

I recommend you click that link above and read more about Amazon POS if you missed that newsletter because it seems that my prediction wasn't very far fetched. The launch of Amazon Local is one more example of how Amazon is aiming to become your starting point for all your shopping — not just online. What they are currently offering through Amazon Local for larger retailers, I predict will be available for small retailers who use Amazon POS in the future — a great incentive to be a part of their ecosystem.

In addition to Local Selling, Amazon also announced several other major releases at its Accelerate event including:

In other Amazon news, the company has quietly transitioned the name of its advertising business from “Amazon Advertising” to “Amazon Ads”, following in the footsteps of Google and Facebook.

Due to the huge amount of data MailChimp has about e-mail open rates across practically every industry, the company is in a unique position to discover common patterns of successful marketing campaigns and provide suggestions on how to improve content, layout, and imagery.

Historically, recommendations have been difficult for machine learning to offer because they require context about the goal, industry, audience, and the rest of the marketing campaign before providing feedback on its efficiency. Fortunately for Mailchimp, they've got enough data to train machine learning models that can perform well across different contexts.

In fact, you might not have realized this — but I didn't even write this newsletter. MailChimp artificial intelligence wrote the whole thing for me! Okay, not quite. Plus, I'm on MailerLite anyway, which is way better than MailChimp.

As I reported in May, MailChimp launched its own e-commerce platform (several months before Intuit bought them). It'll be interesting to see how they leverage their machine learning models into crafting automatic shopping-centric e-mails. Imagine having a unique AI-crafted abandoned cart e-mail for every product in your store.

The new tool allows enrolled trademark owners to search and report content they believe infringes on their IP rights, and offers features to streamline and automate the process. Brands are able to upload and save 10 images to their account with logos and product images, and their image-matching technology will then automatically scan ads and posts on Facebook and Instagram to help them monitor infringing content.

For the sake of creators, I hope the tool works well. Our videos already get wrongly flagged for music copyright infringements all the time, just from things like having a song play in the background in a store while recording. Now is Facebook going to wrongly flag and remove my video because I'm wearing a shirt with a Nike logo? Undoubtedly there will be some abuse and some growing pains with the system.

Earlier this year in May, I reported that Shopify and Google partnered up to allow a direct integration for merchants to boost their ads through free Google Shopping listings and create Smart Shopping campaigns.

BigCommerce has now launched a native app that allows for a similar direct integration with Google Shopping. Merchants can now directly access the Google Ads and Listings via the BigCommerce Channel Manager, creating a centralized dashboard to upload products, produce paid ad campaigns and generate reports to track and monitor shopper activities.

The Ads and Listings on Google app is now available to all BigCommerce merchants and currently supports USD currency with international currencies soon to follow.

9. 75% of shoppers are worried about stores running out of inventory this year

According to a new Deloitte report, 75% of consumers are worried about products running out of stock this holiday season, prompting them to make their holiday purchases earlier than usual.

PS: Where does an Eskimo keep his Bitcoin? … In a cold wallet.