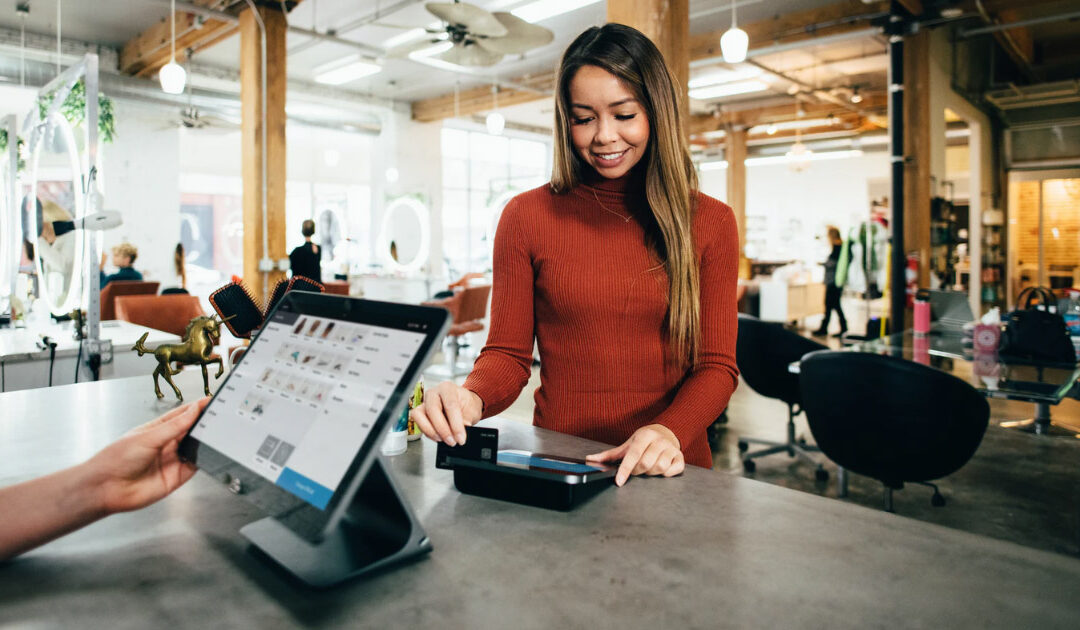 I hope you're enjoying our new and improved newsletter format these past few weeks, exclusively focusing on e-commerce industry highlights. If so, there are a few ways you can really help us grow:

1) Write a testimonial. You can hit reply to this e-mail and let me know what you think about our newsletter and I'll add your testimonial to the site.

2) Tell your friends. Invite your friends to join the Shopifreaks community by sharing our website: www.shopifreaks.com – Your shares go a long way in building new readers.

3) Collaborate with me. If you've got a podcast, blog, or video channel, I'd love to be a guest, co-host, or commentator on your show and riff about e-commerce and trending news.

And now, onto the 21st edition of Shopifreaks newsletter….

1. Wix launches its own POS

Wix is getting into the point-of-sale market with their new product Wix POS. They've partnered with Hewlett-Packard to produce the hardware tablet and Stripe to process payments via their Terminal card reader. Their POS system connects to their Wix storefronts for customer data and inventory syncing. At the moment, Wix POS is only available to US customers, but will roll out globally in the future.

Two weeks ago we reported that Shopify brought their POS system to Australia as a way to bring new merchants into their ecosystem, who aren’t quite ready to dive into online sales. These recent moves by Shopify and Wix are additional indicators that the line between offline and online sales has become blurry, and to compete in this new omnichannel environment, e-commerce companies will have to drop the “e” from all of their product offerings.

2. Lightspeed POS is on an almost $1B acquisition spree

Founder and chief executive Dax Dasilva said, “We are moving from point of sale platform into this commerce platform, where we unify merchants, suppliers and consumer experiences. These acquisitions are all about becoming that one-stop commerce platform.”

Netflix has launched Netflix.shop – their first owned and operated retail outlet to sell licensed products based on its original programing. The merch shop is debuting with streetwear and action figures based on anime series “Yasuke” and “Eden”, as well as limited-edition apparel and decorative items inspired by the French series “Lupin”. Coming soon will be exclusive merch based on “The Witcher” and “Stranger Things”.

The ecommerce site was developed on Shopify and is first available in the U.S. before expanding to other countries in the coming months.

Sounds like a page pulled from the Disney merch playbook! Will Netflix start promoting their merch within the programs themselves or merely add a tab to their show pages to promote the merch? I'd imagine that the product integration will be minimal or non-invasive, as historically, Netflix has shied away displaying ads in their programing — even for their own shows.

Shopify acquired the team from the augmented reality startup Primer, which makes an app that lets homeowners visualize what paint, wallpaper, and tile will look like on their walls and countertops.

Primer’s app and services will be shutting down next month as part of the deal, and their team of eight employees will be joining Shopify following the acquisition. Terms of the deal weren’t disclosed.

Primer's founders wrote via a blog post, “We're excited to have the opportunity to realize our founding conviction of building immersive shopping experiences on a massive scale at Shopify.”

Affirm, which lets people split purchases into installments, will now become an option for hundreds of thousands of Shopify stores and millions of consumers using Shop Pay.

We've previously reported that Affirm, which Shopify owns 8%, announced an exclusive partnership last July, and would serve as the backbone for Shopify's payment installments. The option was previously offered to around 12,500 merchants and will now be opened up to hundreds of thousands more. Going forward, new Shopify merchants will have the installment option automatically turned on when they enable Shopify Payments.

DHL Supply Chain, a contract logistics provider that offers management, fulfillment, and distribution services to e-commerce merchants, is planning to purchase up to 2,000 new warehouse robots by 2022 in order to keep up with the increased demand spurred by last year's uptick in e-commerce sales. The autonomous picking robots will be provided by Locus Robotics, which DHL has been piloting an ongoing collaboration. The robots will be used to strategically identify items to be picked and placed on a line.

7. Alibaba is developing a driverless truck

Speaking of robots, Chinese e-commerce company Alibaba Group Holdings is forming an R&D program to create a driverless truck for its logistics business. The truck will become Alibaba’s second self-developed unmanned vehicle, following a small, full-electric van, which was launched in 2020 and has been in operation at 15 universities and some major residential areas.

Chief Technology Officer Cheng Li said that they aim to introduce 1,000 autonomous delivery robots in China over the next year.

German-based Airfocus is like a digital whiteboard for remote workers. Their product management platform helps development teams manage and prioritize which features and enhancements to build. Notable e-commerce clients include Shopify and eBay.

Their $5M Series A was led by XAnge and Nauta Capital. Airfocus has now raised approximately $8M.

9. Fastly moved slowly for about an hour

Fastly, a popular cloud distribution network (CDN) provider, went down for about an hour last week, resulting in the outage of websites like Shopify, Stripe, PayPal, Hulu, and more.

Nick Rockwell, SVP of Engineering and Infrastructure, explained, “We experienced a global outage due to an undiscovered software bug that surfaced on June 8 when it was triggered by a valid customer configuration change. We detected the disruption within one minute, then identified and isolated the cause, and disabled the configuration. Within 49 minutes, 95% of our network was operating as normal.”

Popular CDNs like Fastly, Cloudflare, CloudFront on Amazon Web Services, Akamai, and Google Cloud CDN are a key part of global internet infrastructure. They allow users and website visitors to load locally cached versions of content/data, which improves performance and availability of services, but comes with the risk of massive outages as exemplified by Fastly last week. Consolidation is a necessary component of CDN infrastructure, but also the biggest downfall for their clients when something goes wrong.

Online clothing reseller Poshmark announced that their CFO Anan Kashyap will step down after five years with the company, just several months after taking them public. Kashyap will depart in August, following Poshmark’s second quarter 10-Q filing, but will remain engaged with the company as an advisor until the end of the year

Kashyap has not disclosed his next move, however, e-commerce platform Snapcommerce announced last week that it has named him to its board of directors.

Kashyap recently said in a statement that, “Snapcommerce is uniquely positioned to surface quality goods and services at a fair price—particularly with mobile-first millennials who are price conscious.”

Sampad Swain, co-founder and CEO of Instamojo said, “In the last three-four months we have acquired 50,000 merchants on this new platform. This is also why we acquired digital commerce firm GetMeAShop earlier this year.”

We previously reported on India's ANS Commerce, another e-commerce provider which hopes to be the de facto “Shopify for India” in the wide-open and emerging Indian e-commerce market. India has historically pushed to keep technology in-house as to not rely on foreign owned solutions, and companies like Instamojo and ANS Commerce are competing to be on the frontline of Indian owned e-commerce providers.

In 2020, 800 million connected Chinese spent 2300 billion dollars online, 90% of which was done on mobile devices. Europe has a lot of catching up to do, and Panda Meetings hopes to help connect brands tap into the Chinese market.

The first edition of Panda Meetings, which will take place on June 24-25, is free for brands and retailers and is supported by Business France and its Team France Export initiative.

They recently raised $50M in November, which was their first time raising outside capital, and last week raised an additional $130M from TA Associates.

While there's lots of data out there for brands to sift through, they don't necessarily know what to do with it yet. Helping brands make sense of their data is big business, as indicated by Stackline and other data driven company's recent investment rounds.

PS: I ordered a chicken and an egg on Amazon this morning. I'll let you know…