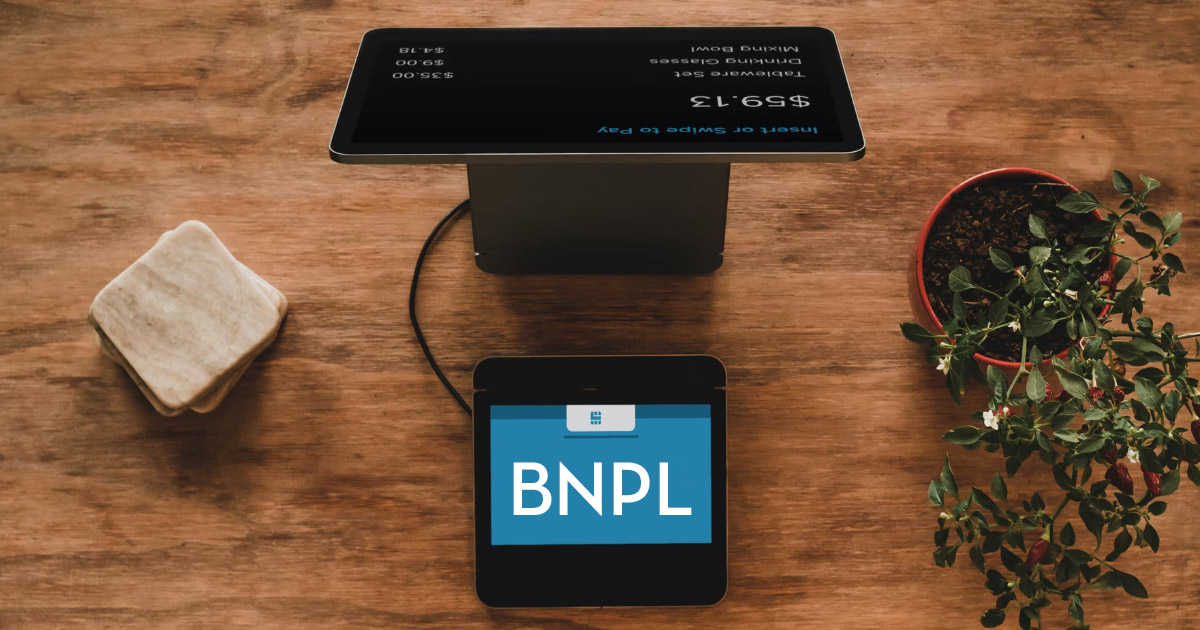 With a recession ahead of us, how much are companies willing to spend to keep you coming back?

Do customers actually spend their crypto when given the payment option? Or is everyone a HODLER?

If BNPL was available everywhere (including in-stores), would you stop paying for items today and start paying for everything later?

Speaking of payments, do you trust Meta enough to use their messaging services to pay your friends and family? How about paying businesses?

How much live streaming is TOO much livestreaming? YouTube is bringing creators together to 2x your livestream consumption.

All this and more in this week's 70th Edition of the Shopifreaks newsletter. Thanks for being a subscriber.

48% of consumers would pay more for drone delivery if it meant receiving their items within the hour. — According to Propeller Insights –> [RETWEET IT]

Shopify is beta testing an early version of its new rewards program, Shop Cash, to some Shop app users in the U.S. The rewards have no monetary value outside of the Shop app and can only be used towards purchases made in the Shop app.

For eligible merchants and customers, Shop Cash is automatically added as a payment method for orders placed in the Shop app, and there is no additional cost to merchants to accept Shop Cash — which is good because they currently can't opt-out.

To clarify the above statement… Merchants can opt-in / opt-out of having their products appear in Shop app's Search & Discovery tab, however, they cannot opt-out of being part of the Shop Cash rewards program if they choose to opt-in to the Search & Discovery. It's all or nothing.

When a customer uses Shop Cash towards an order, their Shop Cash is applied first, and any remaining balance is paid for with Shop Pay.

Shopify is keeping this rollout very quiet — even from their merchants! Many merchants first became aware of the new payment method after receiving orders paid via Shop Cash and wondering if they were legit.

With a recession looming, are e-commerce giants looking for new ways to keep money flowing within their ecosystems?

My questions about Shop Cash moving forward are:

Still lots left to be discovered about this early stage rewards program.

Last month I reported on Shopify's integration with Strike, a crypto payments network that saves merchants money on processing fees through cash-final settlements via the Lightning Network.

Shopify is at it again with a new crypto payments integration via Crypto.com Pay. Merchants using the Crypto.com Pay feature can accept over 20 tokens including BTC, ETH, CRO, SHIB, DOGE and APE.

To incentivize new sign ups, Crypto.com is waiving their 0.5% settlement fee on all transactions for one month for Shopify merchants who join before June 30, 2022.

While making big crypto plays is certainly newsworthy given Shopify's overall market share, how significant is it actually?

Integration is the easy part. Adoption is the challenge. Just because the payment option exists, are customers actually going to pay for their purchases in crypto? Especially given the 55% drop in crypto value since November's high.

Why would I pay for online purchases using my crypto, which I'm hoping will double in price again this year?

And as a merchant, other than the pride associated with my store being cutting edge by accepting crypto, do I really want to accept a form of payment with such volatility? It's not like anyone making a purchase on my store doesn't have a fiat payment option, so how much am I missing out by not offering it as a payment option?

As long as Shopify still charges their transaction fee for using 3rd party payment processors, their crypto plays feel more like PR moves than integrations in the true spirit of cryptocurrency.

Square is rolling out its BNPL integration from Afterpay (which it acquired earlier this year for $29B) to its millions of in-person sellers in the U.S. and Australia who use their POS system.

In January, I reported that Afterpay announced new partnerships with Nordstrom, Tommy Hilfiger, and Calvin Klein to offer their BNPL services online and in-store.

And in February, I reported that Afterpay became available to all Square e-commerce sellers after they completed the acquisition.

Now all merchants using Square will have access to Afterpay's BNPL payment options both on their websites and in their brick-and-mortar stores.

Customers who'd like to use Afterpay in-person can use a mobile wallet, which contains a virtual Afterpay card, at the point of sale (POS), where they can access the installment payments. Square sellers receive their full earnings from the sales right away.

Having immediate access to a fully integrated BNPL payment option is pretty big news for merchants. Although BNPL is readily available to merchants around the world, the application and integration process is still a bit cumbersome with some networks. For example, the amount of time and effort it took for me to get a Canadian client of mine setup with Affirm / Paybright's BNPL services was disturbing to me as an AFRM stock holder. It took weeks of back and forth e-mails, and significant follow up on my end, to get all the answers I needed about fees and integration specs, which should be readily available on their website.

Meanwhile, Square and Afterpay have made the payment option as easy as possible. It might be the most streamlined and integrated solution currently available on the market. There's little reason for Square merchants not to accept Afterpay in their store, which I imagine will be a boost for their revenue this year.

Starting last week, Meta’s WhatsApp messaging service now includes a “Pay” button for users in Brazil and India. The button is available directly on a user’s contact card, allowing them to send money (with no fee) to friends and family.

WhatsApp began allowing users in India and Brazil to make payments through its app in 2020, however, the functionality was held up for a year in Brazil after its central bank said it had concerns about the system.

The announcement came one week after Meta revealed it was changing the name of its Facebook Pay to Meta Pay.

Meta’s head of commerce and financial technologies, Stephane Kasriel, said, “We’re always working on new ways to unlock the potential of payments on WhatsApp. By adding a Pay button to the contact card on WhatsApp, we hope to make sending payments even more intuitive.”

I actually can't believe that we're just reading about these types of milestones in 2022. In my opinion, there is nothing more important to the future of Meta's business than becoming a full-fledged global payments facilitator — both for personal and business use.

In July 2021, I wrote in response to Facebook Pay becoming available outside of their platforms, “It’s been obvious for quite some time now that the future saving grace of Facebook’s revenue model is e-commerce and fintech. The handwriting has been on the wall long before Apple’s privacy updates and Chrome’s cookie-less future were revealed, but the company has been late to the party.”

All Meta users, whether on Facebook, Instagram, or WhatsApp, should be able to transfer money globally for free (and without currency conversion fees), and businesses should be able to accept orders and payments through their messaging services. Until we reach that point, Meta is officially behind in an area where they should already be the market leader.

Last week at the YouTube Brandcast event, the company teased upcoming features that it claimed would make it easier for viewers to discover and buy from brands.

YouTube CEO Susan Wojcicki said, “People come to YouTube every day to make decisions about what to buy, and 87% of viewers say that when they’re shopping or browsing on YouTube, they feel like they can make a faster decision about what to purchase because of all the information that we have in videos. We have so much shopping activity that is already happening on YouTube, so we are making it even easier for viewers to discover and to buy.”

Amazon Prime Video and Peacock have also been testing new virtual product placement tools, a post-production technique for inserting a brand into a TV show or movie scene.

Amazon's new tool lets advertisers place their branded products directly into streaming content after they have already been filmed and produced, and Peacock’s new “In-Scene” ads will identify key moments within a show and digitally insert a brand’s customized messaging or product in TV shows and movies.

LOL, so when re-watching Pretty Woman on Peacock, you're going to be like, “Why is Julia Roberts using an iPhone 13? Those didn't exist in 1990.”

6. Shopify is ramping up lobbying in U.S. & Europe

Shopify is expanding its government affairs teams in the U.S. and Europe, recruiting top lobbyists with experience at major Silicon Valley firms, as lawmakers in both regions have begun putting pressure on large digital companies in recent months.

Shopify is focusing its efforts on platform regulation, competition, privacy and other issues including crypto, data protection, consumer protection, and tax issues relating to commercial partnerships.

In the US… Shopify has lobbied Congress and the White House on two major pieces of digital antitrust legislation. One would prevent large firms that run app stores (ie: Shopify, Apple, Google, Meta) from requiring that developers use their payment system. The other would stop online platforms from using third-party sellers’ data to improve their own products and from prioritizing those offerings in search and rankings.

In the EU… Shopify has lobbied European Commission staffers on the Digital Markets Act, which contains similar provisions.

Although they'll be ramping up their lobbying, Shopify doesn't plan on reaching out to lawmakers directly. Instead, they'll expect staff to work with “nonprofits and civil society focused on tech policy issues, think tanks, academia and research groups,” according to job postings.

7. Will Arnett's commercial for Commercetools

Did you see Commercetool's new commercial starring Will Arnett?

In their first major advertising campaign, Commercetools features Will Arnett personifying a legacy commerce platform (like Salesforce, Oracle, and Adobe in their eyes), that's unwilling to adapt to modern demands.

In a brainstorming meeting about rethinking commerce, Arnett interrupts constantly and mocks the ideas of shoppable social, gaming app integration, in-flight commerce, and the Metaverse.

It's a funny ad, because who doesn't love Will Arnett, but how could they have left out some of his iconic catchphrases from the commercial??? Huge missed opportunity!

I waited patiently for him to say, “Come on!” to one of the pitched ideas. Or better yet, I was waiting for Arnett to ask, “The guy in the $4,000 suit is listening to ideas from the guy in the turtleneck?”

Commercetools argues that its API, microservices, cloud infrastructure and headless-based tech set it apart from legacy providers – while being more technologically advanced and customizable than Shopify.

Arnett joins a growing lineup of celebrities acting as spokespeople for B2B brand campaigns in recent months including Zendaya appearing in a Squarespace ad during the Superbowl, DJ Khalid's cameo in Intuit Quickbooks’ ad, and Matthew McConaughey in Salesforce’s campaign.

Shopifreaks newsletter. Thanks for being a subscriber.