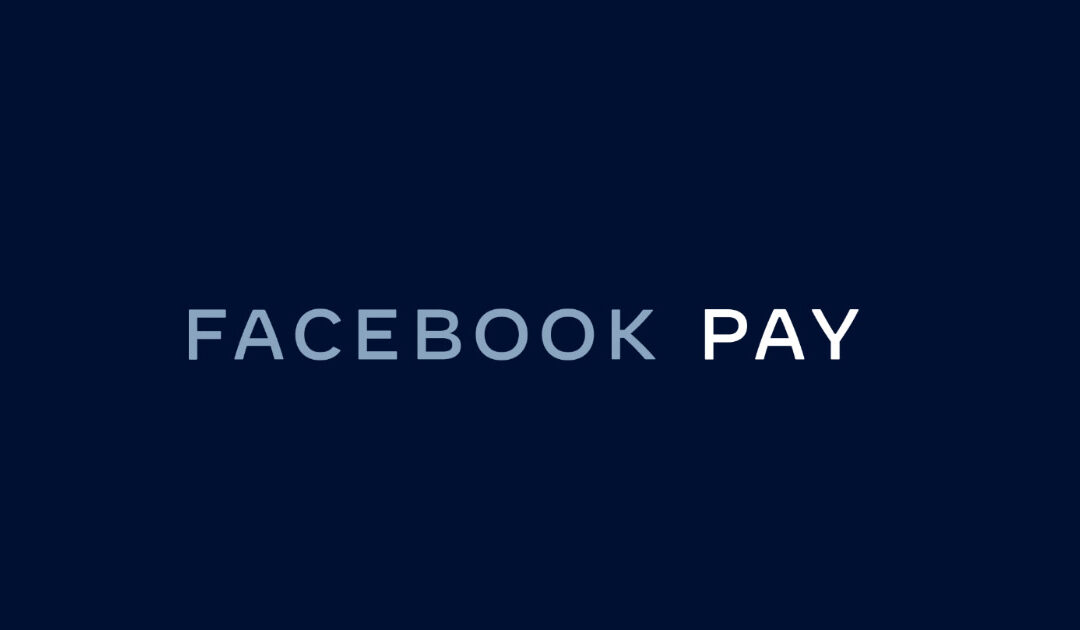 Thanks for being an active reader of my Shopifreaks newsletter. As a reminder, this is a community project and I value your contributions.

Whenever you come across share-worthy e-commerce news, you can e-mail it to [email protected] (or simply hit reply to any of my e-mails).

You can also mention @shopifreaks in your tweets or submit posts to r/Shopifreaks on Reddit. I'll curate the best submissions each week for inclusion in the newsletter.

And now, onto the 26th edition of Shopifreaks newsletter….

Facebook Pay, the company's in-house digital wallet and payment processing service, will soon be available off its own platform for the first time, starting with Shopify in August.

Facebook will offer a zero percent revenue sharing structure until 2023 to get more outside merchants to offer Facebook Pay as an option at checkout. The service will directly compete with Apple Pay, Google Pay, Amazon Pay, and Shop Pay.

While this is a huge move by Facebook, it's frankly about 4 years late. Facebook Pay should have been rolled out years ago within their apps and already accepted by platforms worldwide. It should have been Facebook's top priority, but instead we got Live Audio Rooms and a Reddit-style upvote/downvote comment system.

It's been obvious for quite some time now that the future saving grace of Facebook's revenue model is e-commerce and fintech. The handwriting has been on the wall long before Apple's privacy updates and Chrome's cookie-less future were revealed, but the company has been late to the party.

However that's not to say that the move won't have an enormous impact on fintech. Name one other fintech provider that has more reach or a larger active user base than Facebook. They may have gotten off to a slow start, but they're running this race with robotic legs!

With a single in-app notification within Facebook, Instagram, and WhatsApp, Facebook could onboard more users to their payment services in a month than Google Pay has in the previous 6 years. If Facebook can get past the hurdle of asking users to connect their banks accounts and credit cards to a platform that hasn't been infamous for how they've handled user data, then without a doubt, Facebook Pay could be a dominant payment processor in the coming years — unless of course they severely screw this up.

What are your thoughts about Facebook Pay? Hit reply to this e-mail and let me know.

2. WooCommerce patched a critical vulnerability that affected millions of users

WordPress.org is currently pushing out forced automatic updates to vulnerable stores, a practice that is rarely employed to mitigate potentially severe security issues impacting a large number of sites. WooCommerce merchants are encouraged to check that their stores are running the latest version (5.5.1). It's also recommended that merchants change their WordPress passwords.

Their investigation into the vulnerability and whether merchant data was comprised is still ongoing, but it's possible that exposed information could include order, customer, and administrative info.

3. Once upon a time, SquareSpace got really creative.

Have you seen SquareSpace's new Snow White and Dracula inspired ad campaigns that launched in the UK last week? The tongue-in-cheek ads showcase how easy it is to build a brand and sell it online using Squarespace, turning dreams into reality.

Snow White, who after a “bad experience with an apple”, teams up with seven small farmers to set up her own fruit-selling business, while Dracula, following centuries of living life in the shadows to avoid the sun, creates a modern sunglasses brand with “extra dark lenses”.

Very creative ads! I hope that SquareSpace adds more to the series. The campaign was created by their in-house team, which is renowned for producing award-winning campaigns including the company’s annual Super Bowl ad.

4. Amazon aggregators are on the rise

In recent years, smaller (yet successful) Amazon merchants have started being acquired by Wall Street-backed startups known as aggregators at a record pace. These aggregators bet that their experienced teams, easy access to capital, and scalability can transform small businesses into global brands.

Since April 2020, more than 60 aggregators have raised over $6B — including Foundry, OpenStore, and Unybrands who collectively raised $430M last week. (See this week's “Seed Rounds & Acquisitions” at the bottom of this newsletter.)

Aggregators typically look for businesses launched by one or two people that have reached more than $1 million in sales on Amazon, but they are getting harder to find, given that around two million independent Amazon merchants account for more than half of goods sold on the site. The brands that meet the criteria are becoming more expensive to acquire as competition heats up (attracting around 5 offers per deal), or they merely prefer to hang out to what they've built. There's simply not enough acquirable brands to satisfy the demand of all the aggregators, which means they'll either have to look elsewhere, or lower their brand requirements.

So does this mean it's time to aggregate the aggregators? Seems that about $6B would get the job done.

You might recall last June when Bombas customers received a Notice of Data Breach where “malicious code could have successfully scraped customer information” between Nov 2016 and Feb 2017.

In July 2020, consumers filed a class action complaint and proposed a settlement fund of $225k plus attorney and administration fees to be paid in full by Bombas. On Monday, the court preliminarily approved this unanimously agreed-upon settlement and appointed Alex Pygin as the Representative Plaintiff. The motion for final approval will be on November 5, and the final approval hearing will be on November 19.

Last Monday, for about an hour, product pages on Amazon India were inaccessible. The outage was not limited to India, as users from other parts of the world also reported the same issue. Amazon resolved the issue in under an hour and access to product pages was restored.

It's kind of funny that in 2021, Amazon product pages going down for less than an hour become international news — but here we are!

7. Speaking of e-commerce in India… (which I'm doing a lot of lately)

The Chinese e-commerce app Shein will re-enter the Indian market with Amazon, but this time as a seller instead of a marketplace.

Shein was banned by the Indian government in June last year along with about 250 other Chinese apps, but the company plans to re-launch in India on Amazon during its annual Prime Day Sale this July 26-27.

A recent study from ParcelLab revealed that 50% of major online retailers in Germany offer a return period that's longer than the legally required 14 day cooling off period. Leading the pack is Amazon with their 30 day return policy and Zalando with their 100 day return policy.

Furniture retailers were found to be the most generous, with 75% allowing customers to return items after three weeks, including Ikea who offer a 365 day return period — which is a bit crazy. That basically allows people to furnish their apartments for free, returning all their purchases at the end of a 1-year lease.

Fewer stores are adding return labels to their packages than in previous years, and are instead giving customers the option of downloading a return label online to print from home, or generating a barcode that can be scanned at a package delivery shop.

Sounds like US companies can learn a thing or two from German return policies. My experience with online returns has been less than stellar this past year.

Amazon officially launched Kindle Vella, its new mobile-first interactive reading experience for fiction stories, which are available in the U.S. on the Kindle iOS app and Amazon.com. The new platform is a way for readers to discover new fiction and for authors to generate revenue from the Kindle Direct Publishing service.

These Vella stories are published in 600-5,000-word episodes, the first few offered for free, and the rest can be unlocked with tokens that are sold on Amazon and on the Kindle iOS app – with prices ranging from $2 for 200 tokens up to $15 for 1,700 tokens. Authors will receive 50% of the revenue with bonuses.

David Naggar, vice president of Books and Kindle Content, Amazon, said, “We designed Kindle Vella as a mobile-first experience because we know readers are becoming more and more interested in stories that can be read quickly on their phones. At the same time, readers want the connection that you get from reading a story or author for a long period of time”.

Cushman & Wakefield research has revealed that warehouse rents climbed in Q2 as e-commerce drove demand. US vacancy rates hit a record low of 4.5% while rental rates climbed with demand 6.8% YoY, driven by Class A space around major cities and ports.

This is becoming evident across the globe. Woolworths just got the greenlight to build its new e-commerce fulfillment center in Caringbah, New South Wales to service the growth in online grocery orders. Segro, a warehousing landlord, just inked a £108M deal to sell six of its urban warehouses in Italy to asset manager AXA IM Alts to keep up with e-commerce demand. Owning a warehouse space has never been cooler.

11. The demand for corrugated boxes is up too

Along with an increased demand for warehouse space, the global e-commerce boom is increasing demand for packing materials. A new report revealed that the demand is so high for corrugated boxes and other packaging materials, that manufacturers are expanding their operations through heightened leasing and merger/acquisition activity to meet the increased demand.

12. This week in seed rounds & acquisitions….

NEW: You can also mention @shopifreaks on Twitter or submit posts to r/Shopifreaks on Reddit. I'll curate the best submissions each week for inclusion in the newsletter.

PS: What transformer is made out of cardboard and shows up in two days? … Amazon Prime!