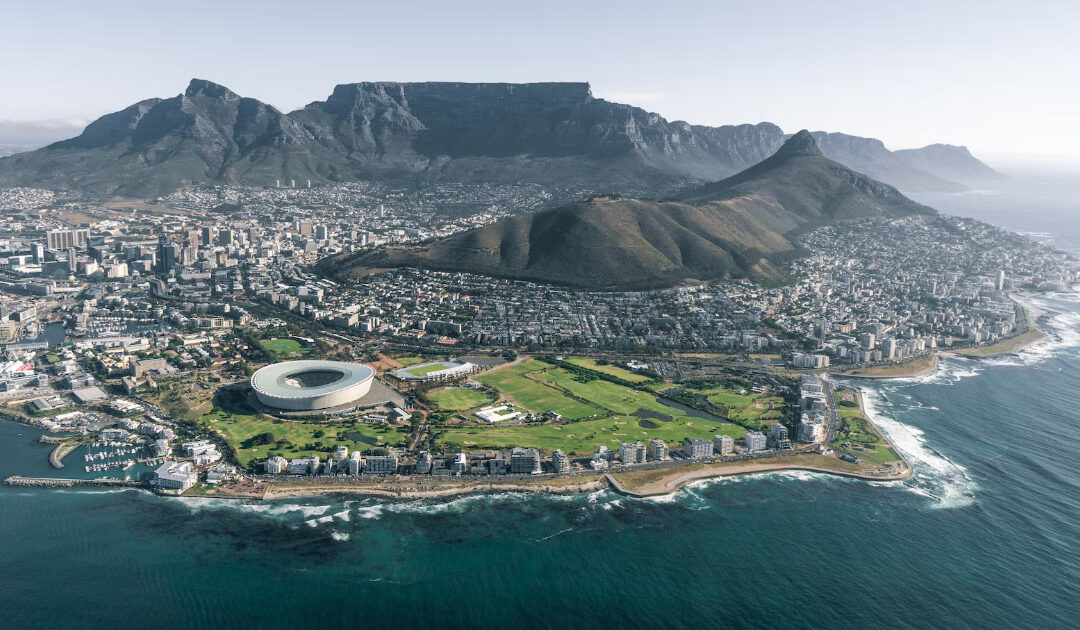 This week I've got an exciting edition for you. We've got stories of founders fleeing the country, international battles between retail giants, new one-click payment apps, and live commerce apps with negotiation features built-in!

I also share reports on where major retailers are investing their capital and record breaking online inflation. Plus a $1B investment round!

All this and more in this week's 86th edition. Thanks for reading and sharing!

Data Feed Watch released their 2022 Feed Marketing Report that shares some statistics about e-commerce merchants. This week I'd like to share some highlights of that report:

1. Where major retailers are spending billions

Despite earnings decline, spending by big retailers including Walmart, Target, and Amazon is way up this year, with technology spending being the top priority.

After the 2008 financial crisis, 60 companies Gartner classified as “efficient growth companies” that invested through the crisis saw earnings double between 2009 and 2015, while other companies saw stagnant growth and profits, according to a 2019 report on 1,200 U.S. and European firms.

Now it looks like major retailers are looking to repeat history and capitalize on the current recession by once again making major investments. Even while the S&P Retail Index is down nearly 30% this year, most big players are boosting investment in capital spending by double digits.

Here's a recap of what companies are doing, according to a CNBC report.

What else would you add to CNBC's list of notable capital investments above? Hit reply and let me know.

According to the latest Adobe Digital Price Index, online inflation returned in August, after taking a brief break in July, with prices rising 0.4% in August, after dropping 1.0% on an annual basis in July.

However despite the price upticks, consumers spent $64.6B online in August, up 6.5% annually, showing that demand remains steady, which will likely keep prices elevated.

Highlights from the report include:

Revolut, a Britain-based financial services app with 20M customers, is launching a one-click payment feature called Revolut Pay in a bid to compete against rivals like PayPal, Apple Pay, Amazon Pay, and Shop Pay. Merchants in the EU will be able to use Revolut Pay as a payment method across product, cart, and checkout pages.

Existing users can use Revolut Pay to pay with their Revolut account balance or by using a saved card. Non-Revolut users have the option to pay using saved Mastercard or Visa cards issued by any other provider. The platform accepts over 20 currencies.

Thibaut Genevrier, head of merchant acquiring told Bloomberg, “We want to be on the top 1,000 e-commerce websites in Europe. We want to be right there in the checkout and have merchants improve their conversion rate.”

Businesses will be paid within 24 hours, which is faster than the normal 2-7 day turnaround of rivals, and Revolut will charge retailers fees of around 1% for the service.

Payments will be validated via personalized security features such as Face ID or fingerprint unlocking, without users having to share an account number. In addition, consumers who use the service will be able to earn cashback on purchases made through mobile and desktop browsers.

So far the company has signed up to integrate with Shopify, Prestashop, and WH Smith. Revolut Pay will also be available within the airline industry in the coming months.

In Sep 2021 I reported that Revolut launched their own BNPL services, and in July 2022 I reported that the company ruled out going public this year during the current churn in the markets. Its valuation was around $33B following an investment round in 2021, but probably wouldn't fetch that high of a valuation in today's market.

During his more than two decades at Morgan Stanley, Hoffmeister served as a trusted advisor to Shopify for many years, including leading its 2015 IPO, so he is no stranger to the financial intricacies of the company. He succeeds Amy Shapero, who is stepping down following the company's Q3 2022 earnings announcement in October.

Nejatian succeeds Toby Shannan, who is retiring, and is expected to join the company’s board of directors next year.

The leadership shakeup comes at a tumultuous time for Shopify, which posted a $1.2B loss for the second quarter, compared with a $876M profit a year earlier, and just a few weeks after I reported that the company cut 10% of its workforce, or roughly 1000 employees.

Does their new CFO's background mean that Shopify will focus even harder on acquisitions and investments moving forward, continuing 2022's trend? (Take a look at last week's edition for a recap of Shopify's acquisitions this year.)

Tom Forte, an equity analyst at D.A. Davidson Cos, feels that by bringing on an investment banker as CFO, the company is signaling to investors that it is in growth mode rather than cost-cutting mode, and that Hoffmeister’s background could help the company focus on acquisitions.

Rick Watson, an e-commerce strategy consultant, feels that selecting Hoffmeister as their new CFO, an executive who has never worked at a software company as a financial operator, indicates that Shopify's focus “is not necessarily on typical software company CFO tasks. It's more about managing Wall Street, and having Shopify ‘look like' a company that Wall Street will keep investing in.”

Frankly, Shopify has a lot more investments to manage than two years ago, with more on the horizon. For better or for worse, they're becoming an e-commerce and banking conglomerate, owning a piece of every step of the customer and merchant journey, from marketing to payments / checkout to fulfillment. Each of these acquisitions have tech leaders running the individual shows, and I think it's a smart move to have an experienced investment banker in charge of the checkbook. Or maybe I'm just biased because I own way too much Shopify stock…

What do you think? How do you see Shopify's leadership changes playing out for the company next year and in the long run? Hit reply and let me know.

6. Walmart vs Amazon in South Africa

You often see me report on Amazon and Walmart's rivalry in India, where the two retailers currently dominate e-commerce sales in the country. However that's not the only country battleground where the two giants are competing for turf.

Tensions are heating up between the two Goliaths in South Africa, an attractive market for both retailers where total online sales in the country increased by 55%  in 2020 and 42% in 2021.

Here's where the two companies are currently at in South Africa:

Amazon, although not yet having a dedicated marketplace in South Africa, is currently the third most visited website in the country after Takealot.com (owned by Naspers) and Makro (owned by Walmart-owned Massmart). They are currently working on a South African marketplace with plans to launch in 2023.

In May 2011, Walmart acquired a 51% stake in the publicly-listed retail and wholesale group, Massmart, for $2.5B, and in late August, the company announced that it had reached an agreement with Walmart to acquire all its remaining ordinary shares. This would also make Walmart the owner of OneCart, a fast-moving consumer goods retailer that Massmart acquired in 2021, and of Wumdrop, a last-mile delivery partner.

E-commerce revenue in South Africa is projected to reach almost $9B in 2022, showing an annual growth rate of 17.81%. Although it's expected that the competition between Amazon, Walmart, and Takealot will benefit consumers by resulting in better customer service, pricing, and product selection, all three companies can also expect intense regulation of their operations to ensure the preservation of competition in South Africa's online retail marketplace.

In July, South Africa's Competition Commission released a report accusing Takelot, Google Search, Apple App Store and UberEats of using their market position to partake in anti-competitive practices — a warning to Amazon and Walmart about the kind of conservative regulatory environment the country offers.

Last year around this time, the Egyptian startup, Capiter, a B2B  selling and distribution platform, raised $33M in a Series A round. The investment was a success story for brothers Mahmoud and Ahmed Nouh, serial entrepreneurs from Cairo who were on trajectory to reach an annualized revenue of $1B through their new platform.

Flash forward a year later, and the two brothers have been fired from their roles as CEO and COO after allegedly mismanaging funds, and the Board has appointed the company's CFO, Majid El Ghazouli, as the interim CEO.

During the past year, Capiter had not been doing well, and investors were on the hunt for a potential buyer to absorb the struggling startup with an acquisition or merger, however, throughout the process, it was reported that the founders had not been reporting to the Board or its representatives, or showing up during on-site in-person due diligence inspections.

Employees of the company have alleged that the $33M was seized by the two brothers, who have now potentially fled the country! This is a relatively new story, rumors are freshly circulating, and the truth of what happened to the Nouh brothers is still developing.

Despite its financial and reputational difficulties, the company announced that it has decided not to liquidate its assets, declare bankruptcy, or lay off employees, but instead, is studying acquisition opportunities.

Will we ever hear from the Nouh brothers again? Have they fled Egypt with their $33M? What's your guess?

Walmart owned Flipkart is introducing new features and design changes on its app to attract customers in India including:

These changes are in preparation for this year's festive season and shopping holidays. A study by Google found that Indian consumers go online to search for inspiration and to keep up with the latest fashion trends about two to three weeks before Diwali, which starts this year on Oct 22nd and is celebrated for 5 days. Last year, total GMV during Diwali topped $9.2B.

Right now, all major e-commerce companies in India are ramping up their hiring and expanding their temporary workforce in preparation for the festive season. Between October and December, companies will add 20% more workers to their current workforce, and the pay scale will be 8-10% higher than last year. Amazon India is even slashing their seller fees by 50% for new vendors on its marketplace ahead of festive season sales.

PS: Do you know what the worst part about an apple addiction is? … You can't go see a doctor about it.

PPS: If you enjoy this newsletter, write a review on Google and Product Hunt. Thanks!