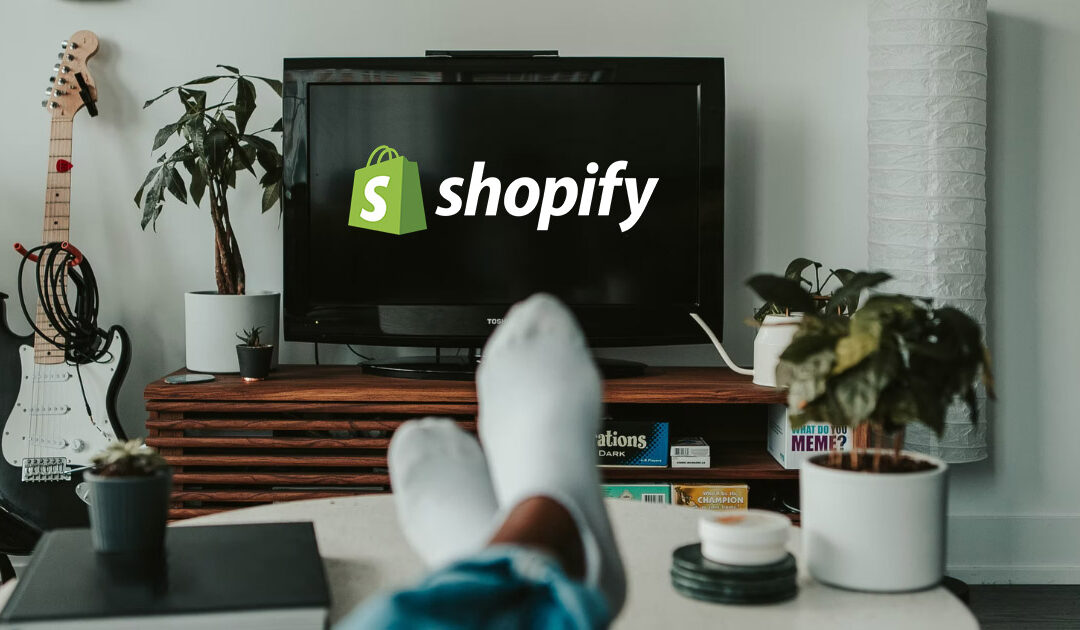 Do you pay for a subscription to any business publications online — such as Business Insider, Seeking Alpha, AdAge, etc? If so, which ones?

Alternatively which publications would you enjoy reading if you had a complementary subscription?

Please hit reply to this e-mail and let me know.

I'm building out a referral program to grow this newsletter that will reward your referrals with free subscriptions to leading publications, and I want to know which ones to offer. Your feedback would be greatly appreciated. (And may result in free subscriptions!) Thanks for your help.

And now, it's my pleasure to bring you this week's 36th edition of the Shopifreaks newsletter.

The new features were inspired by the growing “creator economy” which makes up a sizable portion of their clients. New features include:

Squarespace is also launching a new brand campaign, “Everything to Sell Anything,” which captures the company’s vision for its online commerce platform.

2. Roku is launching an app for Shopify ads

Roku is launching an app to provide Shopify merchants a way to easily build, buy, and measure streaming TV ad campaigns — marking the first ever TV streaming app for the Shopify App store.

Merchants of any size will be able to create TV ad campaigns using precise audience selection. Campaigns can then be launched within minutes to Roku's audience of 55.1 million active accounts.

The integration will be rolled out this holiday season and will be beta-tested by Birthdate Co, Jambys, Moon Pod, and Olipop.

According to data by Business Insider, Shopify has reportedly beaten Amazon in online traffic. Their report analyzed traffic from Similarweb to reveal that, collectively, all the Shopify-powered websites online surpassed Amazon for unique visitors in the last quarter of this year.

Business Insider also reported that the gap is expected to increase in the current quarter with Shopify-powered sites anticipated to draw 1.22 billion visitors versus 1.13 billion for Amazon.

Of course, this report specifically looks at visits to Amazon Marketplaces (where you buy things), and doesn't include AWS traffic, Amazon's cloud server division, which powers about 1/3 of Internet traffic.

Amazon announced that it plans to roll out its voice shopping experience feature in Hindi in the South Asian market ahead of the Diwali festival in early November. The feature will allow shoppers to search for products and check their order status using voice commands such as “joote dikhao” which is Hindi for “show me shoes.”

Only 10% of India’s 1.3 billion people speak English, and voice search has surged in the country as many new mobile users find it difficult to type on virtual keyboards.

Amazon launched voice shopping in English in 2020 and has seen wild success and quick adoption of the feature among English speaking customers. The new Hindi language rollout is part of Amazon's broader localization push, and of course, part of their mission to gain as much market share as possible in the world's second largest populated country.

Amazon’s voice shopping experience will be available to only Android users. Finally something comes to Android before Apple! Although it's nothing personal — it's purely numbers driven. Android owns 95% of mobile market share in India compared to Apple's 3% market share.

Slack, which has been talking about expanding beyond text-based messaging for quite a while, announced two major updates to its platform:

1) Clips – a way to leave short video messages that users can watch at their leisure. The idea is to take a traditional 30-minute meeting and remove the requirement for all participants to be available together in real time.

2) 16 Salesforce Integrations – including connections to swarms, the sales-focused deal room, MuleSoft and Tableau, and industry-specific integrations for banking, life sciences and philanthropy.

Salesforce bought Slack at the end of 2020 in a deal worth almost $28 billion, and the company is continuing its plans to build in integrations across the Salesforce platform.

According to memos reviewed by Reuters, India's plan to tighten rules on its e-commerce market has run into internal government dissent, with the Ministry of Finance describing some proposals as “excessive” and “without economic rationale”.

Suhaan Mukerji, managing partner at India's PLR Chambers, said, “The ministry of finance raising such concerns would likely spur a rethink of the policy.”

As a quick reminder of India's recent saga with e-commerce — this past June, India's consumer affairs ministry proposed legislation to limit anti-competitive and monopolistic practices by online marketplaces, specifically setting their sites on Amazon and Walmart's Flipkart. The rules were announced after complaints from brick-and-mortar retailers about unfair practices of foreign companies.

However since then, the finance ministry, the ministry of corporate affairs and the federal think-tank NITI Aayog, as well as the marketplaces themselves, have raised objections on the grounds that the proposals go far beyond their stated aim of protecting consumers and also lack regulatory clarity.

I'll continue to keep you updated on the status of India's new e-commerce rules as new information is revealed.

7. Freshworks had its IPO

Freshworks – India's oldest unicorn – was listed on Wednesday with the opening price of $43.5, higher than the set price of the IPO at $36 per share, raising a little over $1 billion in its IPO and valuing the company at more than $10 billion. It is the first of India's tech unicorns to go public.

Freshworks was founded in Chennai, India in 2010, but is now headquartered in San Mateo, California. However the majority of its engineering staff is still based in India.

Girish Mathrubootham, CEO and founder, said in their IPO filing, “We weren't founded in Silicon Valley. We didn't target large enterprises. We didn't have access to a been-there-done-that talent pool. I'm very proud that Freshworks is a pioneer of Indian entrepreneurship, and of our ability to blend the art of Indian design with the science of Silicon Valley scaling.”

PS: The man who invented AutoCorrect has died. Restaurant in piece.