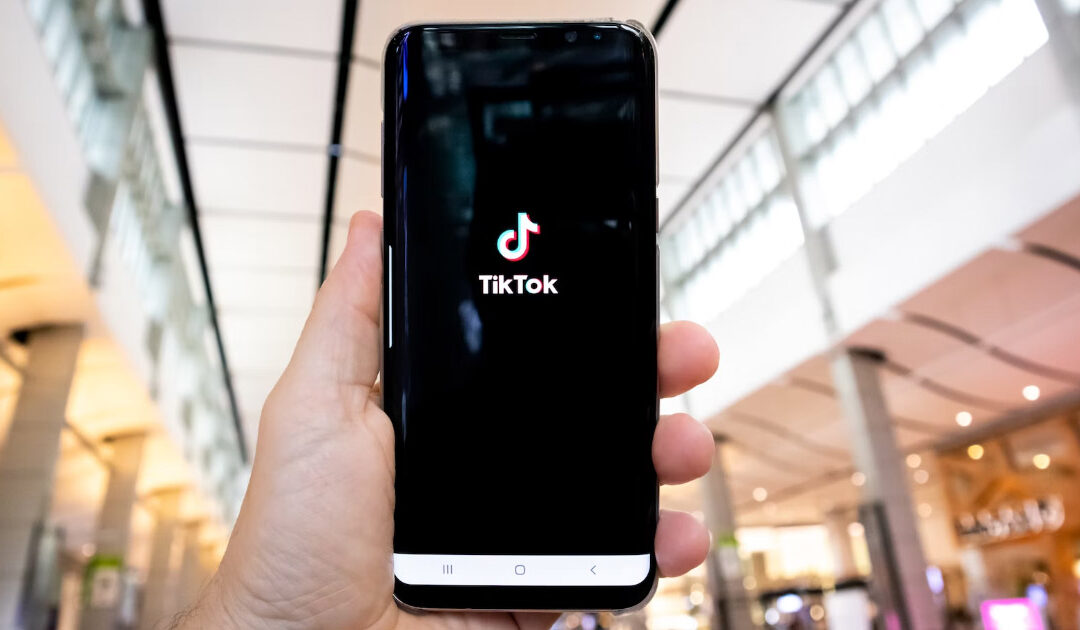 Have you noticed that every social network is starting to look the same lately? Vertical videos of people dancing and mouthing lyrics to songs and skits have taken over my feed on practically every platform — and more coming!

I also highlight Google's latest search features and Amazon's upcoming product releases, as well as share research from FedEx that shows that e-commerce opportunities are abundant for SMEs.

All this and more in this week's edition of Shopifreaks. Thanks for subscribing and sharing our newsletter with your friends.

PS: Are you enjoying the newsletter? If so, please take a moment and write me a review on Google. Thanks!

65% consumers with a disability have abandoned their cart due to poor accessibility of the online store. — According to Ecommerce News EU

This is one area where Amazon has outshined smaller online retailers in the past, but now the tech is widely available for retailers who are willing to prioritize it.

1. Tiktok live shopping in the US is back! (maybe)

In July, I reported that TikTok was putting its plans on hold to launch live shopping in the US later this year, and would instead solely focus on making the product a success in the UK for the time being.

A few weeks later, I reported that Facebook coincidentally came to a similar decision about live commerce on its platform, shutting it down on Oct 1 to focus on Reels instead.

I had joked at the time on my LinkedIn, “Do you ever wonder if TikTok is ACTUALLY scaling back its live commerce plans in Europe and the US, or if their announcement was just the ultimate corporate trolling to set Meta back by a few years because TikTok knew they'd bail right after too?”

Well, that joke may have aged like wine, because TikTok is now reportedly launching live shopping in the US again — but this time with a partner.

According to Financial Times, the company has been talking with TalkShopLive, a California-based provider of live commerce tech, to provide the infrastructure for the live shopping features on TikTok.

The partnership will allow creators and brands to sell their wares through videos on the platform with TalkShopLive taking a 10% commission from sellers for providers its services. TikTok is likely to cover that cost for the initial phase of the project.

The terms of the deal haven't finalized yet and there's no info available about when the shopping feature will go live.

TikTok said in a statement to TechCrunch., “When it comes to market expansion for TikTok Shop we are always guided by demand and are constantly exploring new and different options for how we can best serve our Community, Creators and Merchants in markets around the world. These efforts include exploring partnerships that further support a seamless e-commerce experience for merchants, which is an important part of our ecosystem.”

I do find it a little funny that the news was announced on Oct 1st, the day that Facebook shut down its live shopping feature! There's got to be at least a little corporate trolling going on…

Twitter is launching a scrollable TikTok-like video feed on its platform, beginning with iOS users. They did not say when it would be available for Android users. In addition, they are launching a new video carousel within the app's Explore tab, where users will see a new “Videos for you” category that will display popular and trending videos.

Twitter says the purpose of the new immersive media viewer is to make it easier for users to discover engaging videos — which is great in theory, because the video experience on Twitter has historically been terrible. Video on Twitter has always felt like an afterthought.

But now, in a post-Elon buyout world, Twitter needs to reinvent itself by doing literally what everyone else around it is doing. Because just in case you weren't tired of endlessly scrolling through amateur dance videos on TikTok, Facebook, Instagram, YouTube, and Snapchat, now you can do it on Twitter too, in between arguing with bots about politics.

Twitter began testing a TikTok copycat feed back in Dec 2021, and it's just starting to rollout to the masses.

Remember back in the days when each social media platform offered a unique experience? Then they all learned how addictive TikTok is and decided that they weren't ready to give up the entertainment portion of our daily attention graph. And it turns out watching amateur dance videos and comedy skits is more entertaining than seeing your friends and family post memes and argue about COVID and politics.

The question I ponder though — do Twitter's users actually want TwitTok? Or is that not why they visit the platform?

TikTok isn't just entertaining because it displays vertical videos in a scrollable feed. It's fun because of the culture. And culture is hard to replicate, as evident by the terrible vertical videos that Facebook shoves down my face in their Reels section, most of which originally came from TikTok anyway. Turns out you can't just syndicate cool.

TikTok's predictive algorithm also plays a huge role in the platform's enjoyment. Replicating TikTok's mix between displaying content of creators you follow and content the algorithm thinks you would enjoy is not something that Facebook has been able to master, nor do I imagine Twitter will be able to.

At least for creators, every platform supporting vertical video will make it easier for us to repurpose our content without having to deal with each platforms specific aspect ratio requirements.

On Tuesday, Shopify launched POS Go, a new handheld tool that looks like a cell phone with a built-in card reader at the bottom.

Shopify has offered a point of sale system since 2013, but it's historically worked via an app on a company's existing desktop, Android, or iOS devices. However with this new standalone POS Go, no additional device is necessary to operate a fully functioning mobile POS terminal.

Shopify already sells some branded hardware, including a Tap & Chip Card Reader and a Retail Stand for the iPad, but this is their first device that can work by itself without any other 3rd party devices / screens attached. It is currently available for pre-order for $428 and will ship after Oct 11, 2022.

Is POS Go a gamechanger? Certainly not. But it does catch Shopify up hardware-wise with competitors who also offer fully functional standalone POS devices (as opposed to device attachments), and it's a welcome addition to their POS lineup for storeowners.

1) Google's new feature called Multisearch Near Me will allow users to find local retailers who offer apparel, home goods, or food. It builds upon Google's AI-powered multisearch feature that was introduced in April, which lets users combine a photo and text to craft custom searches, initially around shopping for apparel.

Users will be able to take pictures with their phone's camera or upload an image to begin the search, which then directs the user to a local retailer, grocer, or restaurant that has the item in stock.

Generalizing an entire neighborhood through photos doesn't sound like it's going to end well for Google. Mark my words… before the year is over, Google's Neighborhood Vibe will be accused of being racist!

3) Google also teased the upcoming launches of two new Maps features called Immersive View, which combines computer vision and AI tech to fuse together Street view and aerial imagery to display weather, traffic, and crowds, and Search with Live View, which lets you use your camera to find shops, ATMs and restaurants.

4) Google unveiled a new visual search experience, which will introduce shortcuts to some of Google's tools, expand upon its list of auto-complete suggestions by providing buttons below the search box that can help users narrow their searches, and Knowledge Panels, where Google will pull in a variety of information from various sources and in a range of formats. This visual update won’t impact all Google Search results, but will begin to appear on search result pages where the visual format would be more helpful, like travel searches.

5) Lastly, Google is revamping its Play Store to help users better discover and install apps to other devices such as watches, tablets, TVs and cars. A search results filter will only include apps and games that are compatible with selected devices

According to research commissioned by FedEx Express, both Small and Medium sized Enterprises (SMEs) and consumers agree that there's room for further growth in the e-commerce sector.

The What's Next in E-Commerce survey polled SMEs in 11 markets in the Asia Pacific, Middle East, and Africa region (AMEA) to explore the continuing evolution of e-commerce and identify trends that could fuel future growth.

Here are some key findings from the survey:

Walmart is hoping to meet younger consumers in the metaverse through two new Roblox experiences. For the unfamiliar, Roblox is an online game platform and virtual world that allows users to program games and play games created by other users.

Walmart Land is a colorful amusement park with a Walmart-themed Ferris wheel, slides, beaches, and more. The island is shaped like the Walmart logo, with a circle-shaped center and six branches with different themes and activities. At the center hub, players can redeem tokens for virtual merchandise such as apparel, accessories, and electronics, as well as win prizes.

Universe of Play is for much younger players. It features PAW Patrol and L.O.L. Surprise! toys, and also has a blimp, like Walmart Land. The virtual world offers challenges and activities like hunting for missing dinosaur eggs, helping the PAW Patrol team find Mayor Goodway's pet chicken, hosting fashion shows, and riding Razor scooters on a track in the sky.

Roblox has over 52M daily users and is designed for players aged nine years and older.

Do you like how literally every activity and experience mentioned above is branded? Can y'all show kids anything that they CAN'T buy? LOL. Walmart's imagination in the world of VR is only as limited as what product placement will allow.

Instagram is making it harder to find the Shop tab, which used to be on the bottom of the navigation bar, by hiding it within the Settings menu.

Who looks in Settings for the Shop tab? They may as well just remove it altogether.

Some users reported that the Notifications tab replaced the Shop tab, while others found that the Messages tab had taken its place instead. Meta confirmed with TechCrunch that the company is testing different versions.

Instagram launched Shops in 2020 and moved Shop tab to the home screen later that year. In 2021, they introduced ads within the Shop tab.

Could testing the removal of the shopping tab mean that Instagram will be phasing out its Shop in the future? Or have they discovered that users prefer discovering and engaging with products organically and alongside entertainment-driven content within their existing photo and video feeds?

Amazon on Wednesday unveiled several new or updated devices at its invite-only, virtual event. Here's what they announced:

Many of these items will be available for sale in Amazon's first ever Amazon Prime Early Access Sale on Oct 11 and Oct 12.

PS: I once told a joke about macaroni. It was pretty cheesy.

PPS: If you enjoy this newsletter, write a review on Google. Thanks!