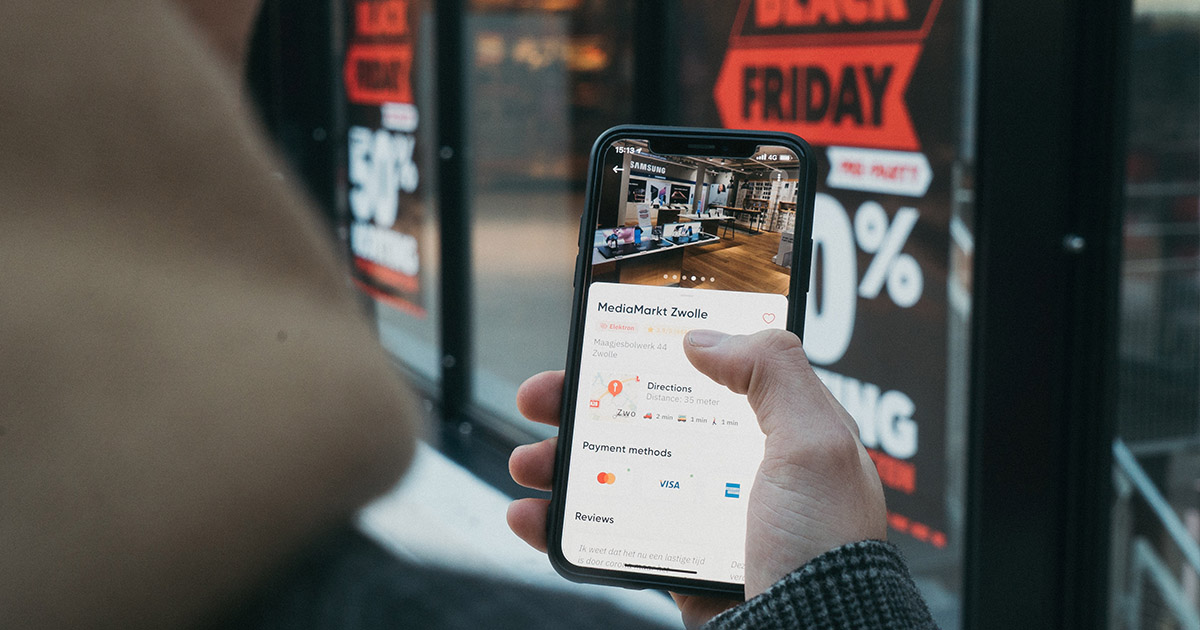 We're just 11 days away from Black Friday. As a consumer and/or merchant — are you ready? Do the shopping events even matter to you or do you tend to avoid the crowds?

When I was in high school, I worked at Circuit City and later Best Buy (after they effectively put Circuit City out of business). I remember the night before Black Friday events, having to retag products in the store. While computers and TVs were marked down, all their accessories were marked up! I remember retagging a $24.99 HDMI cable with a $49.99 price tag. An early lesson in life about the unscrupulous profit maximizing tactics of big box retailers. So be careful out there!

Personally, I usually stay away from the shopping events. I'm not a big shopper in general, given that I've lived remotely out of a backpack and duffle bag for the past decade. But this year I just bought an investment property in Waynesville, NC, and for the first time in many years, I have a lot of things to buy. Washers, dryers, dishwashers, (yes, multiple — it's a triplex). The timing of this acquisition is perfect for the shopping events, so I'll be out there deal shopping with the rest of the world. Wish me luck.

And now, it's my pleasure to bring you this week's 43rd edition of Shopifreaks.

1. Linktree partners with Shopify to add storefronts to its platform

Just when you thought I'd give you a week's reprieve from reading about another Shopify integration, Linktree, the “link in bio” service that took over Instagram profiles a few years ago, and then subsequently got banned from IG, and then came back, is launching a Shopify integration that will allow its users to promote their products directly on its platform.

Linktree users will be able to display up to 6 of their Shopify products within their Linktree bio. This integration with Shopify comes a few months after Linktree partnered with PayPal to offer direct payments without users having to open a new tab, and just a few weeks after Shopify and Spotify announced an integration to let artists sell merch directly on their Spotify profiles.

It's interesting how Linktree has gone from a simple and easily replicable link directory landing page to a full blown business and commerce portal. As we enter the era of headless commerce, artists and creators are finding less reasons to run an entire e-commerce website, when they can instead sell their wares directly on the social, video, and audio platforms where their audience exists and engages with them.

LinkTree fills a narrow sweet spot in providing a gateway from one platform to another, but the caveat is that their service only works with their Linktr.ee domain, meaning you can't host your Linktree on your own website domain. That's like hosting your blog at a Blogspot.com or WordPress.com subdomain — it gets the job done but it's frowned upon because it doesn't look as professional as having your own domain.

For many creators though, it's the perfect easy solution, so long as Linktree doesn't get banned from social platforms again anytime soon like it did from Instagram in 2018.

As a user, I wouldn't mess with Linktree unless they allowed me to host my Linktree profile on my own domain name. Why should I pay $6/month to advertise their branded service to all my followers and simultaneously run the risk of their domain getting banned from the platforms I use? Especially when there are so many Linktree alternatives that you can host on your own domain.

It's strange that a company can simultaneously have so much foresight to get into e-commerce through various partnerships and integrations, but be so short sighted that they put their entire company reputation in the hands of platforms that could mark their domain as Spam (again) at any point in the future. Strange indeed. If I were them, I'd be announcing that integration with GoDaddy soon and letting users register their domains right through their Linktree dashboards. I imagine it's a conversation that's been had many times in their offices, and I'd be curious to hear why the needle has continuously tipped towards not allowing users to host their service on their own domain.

What are your thoughts? Hit reply to this e-mail or tweet at me.

Remember in April when I reported that a class action lawsuit was filed against Shopify and the crypto wallet firm Ledger over a 2020 customer data breach that exposed hundreds of thousands of customers’ personal data? (Or maybe you weren't a reader back then. This is why you should tell all your friends about Shopifreaks so that they don't miss important happenings in the e-commerce industry.)

The Ledger wallets themselves were not compromised, however, leaked Shopify data revealed who bought the wallets, which resulted in phishing attempts, threats of home invasion, and other scareware tactics. The breach was orchestrated by a “rogue Shopify employee” and the case focused on how quickly Shopify and Ledger communicated the breach to their customers.

Well here's an update for you — it was dismissed. Judge Edward Chen ruled in favor of Shopify and Ledger’s motion to dismiss the lawsuit, after finding that the United States-based court does not have jurisdiction over Shopify or Ledger, given that the two companies are headquartered in Canada and France, respectively. It has not yet been reported whether or not the lawsuit will be taken to those court systems.

I don't know if that ruling is a good thing or a bad thing. Does it set a precedent that foreign-based companies aren't held liable by US courts for data breaches of US users? Does it make it more difficult for users to seek recourse from foreign companies that operate within our borders? I'm not qualified to answer those questions, however, I invite readers who are to chime in. Hit reply or tweet at me.

I find it interesting though that as a merchant who is based in North Carolina, I'm required to charge sales tax to my customers in states where I have a sales tax nexus — which is a legal connection that my business has to that state. For example, our headquarters could be in Asheville NC, but if I work with a 3rd party fulfillment center in Texas, that could constitute as a sales tax nexus (depending on the requirements of each individual state). Having an employee, salesperson, or contractor in a state can also constitute as having a sales tax nexus.

So it's interesting that the case was thrown out for the reason that Shopify is headquartered in Canada. Does having offices, employees, creator studios, and a huge customer base in the USA not constitute as a “legal nexus” in the USA that would allow our court systems to hold them accountable for data breaches?

Again, I don't have answers. I'm just asking questions. I'd love to hear from folks with a qualified opinion on the subject.

3. $72 billion spent on e-commerce in October, but 2 billion out-of-stock messages

Adobe's Digital Economy Index found that $72.4B was spent online in October, which is an 8% YoY growth. While that's not surprising (everyone expected growth this year), the more shocking number reported was the number of out-of-stock messages that shoppers faced. Consumers reportedly saw more than 2B out-of-stock messages in October, a 250% increase compared to the last pre-pandemic period in January 2020.

The index found that toy sales, groceries, and gift cards drove the increase in spending in October — toy sales up 50% compared to September and grocery sales up 34%.

Adobe also reported that discounts have fallen this year compared to last year. For example, electronic retailers are only offering an average of an 8.7% discount, a decrease compared to the 13.2% in October 2020. Stores know they're going to sell the items anyway, so no need to over discount.

4. Black Friday is back this year, Shopify predicts

Did it ever leave? A Shopify survey on Black Friday and Cyber Monday spending found that consumers expect to spend on average $787 per household during shopping events this year, over $100 more than 2020. Other numbers of interest from the survey include:

To the merchants who read this newsletter, regarding the last two stats — are you able to provide both of those to your shoppers?

Cart.com is launching new and expanded headless commerce capabilities including:

6. SHOP hit an all time high

Not a bad time to be a SHOP holder! Well, that is if you wanted to cash out right now. I'll never sell!

7. This week in seed rounds & acquisitions….

PS: Did you hear that Jeff Bezos and Elon Musk partnered up to open the first restaurant on the moon? Google Reviews said that it had great food, but no atmosphere.