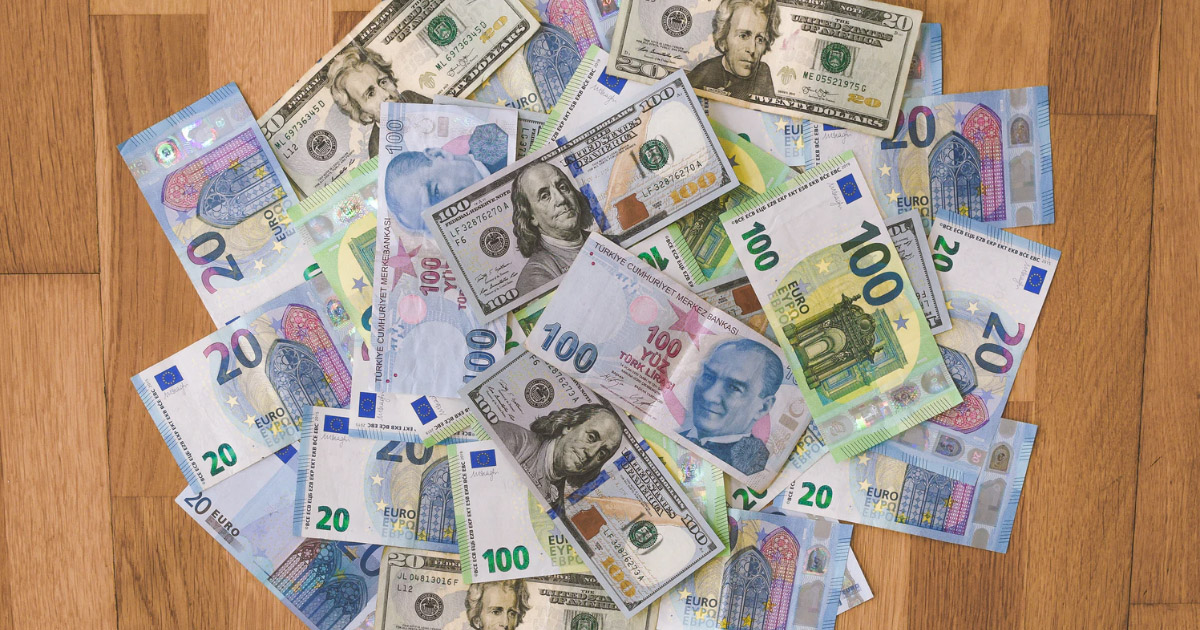 It's been a big week in e-commerce with Q2 earnings reports reigniting excitement from investors alongside big players making big moves (some good, some bad, and others tbd).

The lines between e-commerce / social media / and fintech continue to blur as companies look for new ways to leverage their attention graphs into additional forms of revenue. (“Attention graph” is a term coined by Scott Galloway that refers to the finite amount of time that consumers have available to spend on various platforms.)

What used to be a race for market share has become a race towards monopolizing as much of a users attention graph as possible throughout their day while owning a piece of as many of their communication touchpoints and financial transactions as possible.

And now, I'm excited to present you with the 28th edition of the Shopifreaks newsletter….

1. Twitter launches their e-commerce pilot program with select US companies

Twitter started testing e-commerce on its platform with the introduction of a new Shop Module that offers brands the ability to showcase their products directly on their profiles. For the time being, only businesses with a Professional Profiles, which began rolling out last April, will be able to use the feature, and only iOS users will be able to view it.

The new Shop Module will only be made available to a small group of pilot testers which include GameStop, ArdenCove, and 10 other brands across the lifestyle, retail, gaming, entertainment, and tech sectors. Definitely a smart move by Twitter to capitalize on the ongoing media attention of GameStop for their pilot.

Twitter publicly expressed interest in pursuing e-commerce again this past February during their Analyst Day presentation, where it first announced its Super Follow platform (ie: paid follows for premium content). Since then they've tested an e-commerce feature for tweets that allows businesses to link out to online product pages, however, nothing that allows a user to complete the transaction within Twitter's platform.

Shop Modules is their first attempt in several years at creating an integrated purchasing feature; the previous attempt being a Buy button that they removed in 2017 due to lack off traction.

Rather than quit on integrated e-commerce in 2017, they should've continued to tweak and improve it until they got it right. Now Twitter and Facebook are playing catch up to an online commerce movement that any junior analyst could have predicted a decade ago.

The part that's so confusing to me about why Twitter's been so behind with e-commerce is — do they not have a CEO who also runs a fintech company? At no point in the past 5 years did Jack Dorsey look at Square's financials and think, “You know.. there may be something to this e-commerce thing. Perhaps we should find a way to integrate it into Twitter before Facebook and Pinterest do…”

Last week, rumors began circulating that Amazon will begin accepting Bitcoin by the end of the year. This “news” was “confirmed” by an anonymous Amazon insider and even by Jeff Bezos himself… at least that's what article by City A.M. and Business Insider published last Monday.

However it's very possible that the rumors are all rubbish, having stemmed from a job advertisement Amazon published on July 22 for a “Digital Currency and Blockchain Product Lead”.

The rumors sent Bitcoin's price soaring over 14.5% hitting over $42k for the first time in months. Jemima Kelly of Financial Times questioned the integrity of the article's author Darren Parkin (who is a self-proclaimed Bitcoin HODLer) and City AM, bringing uncertainty to their reasons for publishing / doubling down on information that Amazon has since denied.

Was it all in the name of sensationalism, clicks, and ad revenue? Or was this market manipulation at its finest? Or is Amazon actually going to be accepting Bitcoin soon but aren't ready to publicly announce the news? (Maybe they want to load up on it at Tesla's expense first.) Time will tell.

Shopify has added support for non-fungible-tokens (NFTs), allowing store owners to sell the crypto collectibles directly from their storefronts without relying on an external marketplace. The new feature will rollout beginning with the Chicago Bulls NFT Legacy Collection.

Shopify president Harley Finkelstein said in a Tweet, “Before Shopify offered this capability, merchants would have to sell through a 3rd party marketplace a.k.a. less control of the sale and customer relationship. Once again we are putting the power back into the hands of merchants and meeting customers how and where they want to buy.”

As you might recall in April, we reported that Shopify CEO Tobi Lutke had asked the DeFi community on Twitter, “What are the commerce-related opportunities that you are most excited about? What role do you want Shopify to play?”

It seems that they are wasting no time in heeding the calls of their crypto community. While Amazon is diddle daddling and denying rumors of cryptocurrency acceptance, Shopify is embracing crypto head on.

Amazon posted second-quarter revenue after Thursday's market close of $113.1B — up 27% YoY, but falling short of average analyst expectations of $115B — causing the share price to slip. Apparently investors became accustomed to last year's 40% YoY growth due to the pandemic. However one highlight in their Q2 was that Amazon Web Services did $14.8B in net sales, up 37% YoY.

Amazon also disclosed a $885M fine, levied on July 16, by the Luxembourg National Commission for Data Protection, which is claiming that Amazon's processing of personal data did not comply with European regulations. Amazon believes the decision is “without merit” and intends to appeal the ruling.

Shopify on the other hand crushed it in Q2 — topping $1B in quarterly sales for the first time. The company posted revenue of $1.12B, up from $714M a year earlier and ahead of analysts consensus of $1.05B. Gross merchandise volume (GMV), a widely watched figure for the e-commerce industry’s performance that refers to the volume of goods sold via customer-to-customer, rose 40% to $42.2 billion in the quarter.

BigCommerce has acquired Feedonomics, a product data optimization platform that helps merchants list their products on multiple channels, in an asset transaction valued at up to $145M.

What Feedonomics does is ingest product data such as titles, descriptions, variants, photos, inventory, etc, unifies the data (which is all structured slightly differently for each platform), and then syncs the results back into existing systems to streamline operations.

Brent Bellm, CEO at BigCommerce said, “This acquisition reflects our strong belief that Feedonomics offers the world’s best product feed optimization and syndication solution for merchants looking to optimize their advertising and selling via search engines, ad networks, social media sites and marketplaces. On average, these channels represent ecommerce merchants’ largest non-direct source of sales and one of the largest spending line items.”

Another great move by BigCommerce to expand their reach and operations, following partnering with Mercado Libre, integrating with Amazon Multi-Channel Fulfillment, bringing Bitcoin to their platform, launching their Big Data Solutions toolset, releasing a B2B Edition, and partnering with Commonwealth Bank.

Adobe released a report showcasing that for the first time in years, online prices were up 2.3% YoY, and up 0.6% MoM in June. This is a dramatic reversal from the last pre-pandemic year, 2019, when online prices declined 5.2% YoY.

Between 2015 and 2019, online prices fell an average of 3.9% each year, with annual declines of 4-5%. However over the past year, Adobe, which collects spending data from over 1 trillion visits to U.S. e-commerce sites, started seeing a seismic shift in online pricing.

Austan Goolsbee, former chair of the council of Economic Advisers for President Obama, said that the upward trend in online prices is likely to be permanent. “The categories that people spent money on during the pandemic were really fundamentally different from what they were before the pandemic. I think a lot of those changes are going to be permanent or at least partly permanent.”

UPS shares hit a three-month low due to worries from investors that growth from the pandemic-fueled e-commerce boom may be coming to an end. The company reported that Q2 domestic volume fell 2.9% with ground deliveries (composed largely of e-commerce packages) dropped 4% YoY.

CEO Carol Tomé is heading into her second peak shipping season leading the company and is now starting to see her newly implemented strategies and management style start to take hold. Her model of “better, not bigger” includes carefully choosing customers whose business benefits UPS the most in terms of profit margin, embracing controversial gig-labor strategies such as having drivers make deliveries in their own cars, and keeping a laser focus on UPS's spending.

Some of these strategies fit closer with the rest of the gig-economy delivery world, which is facing much scrutiny, rather than UPS's 114 year old history. For your quick comparison — UPS employees are unionized, whereas most FedEx workers are not. UPS exclusively uses their own employees for all work, whereas FedEx deals often with independent contractors.

8. Shopify files for mixed shelf offering of up to $10B with SEC

Shopify has filed for an up to $10 billion mixed shelf offering, which gives the company the flexibility to raise funds by using new securities including debt and equity. Mixed shelf offerings help a company by giving them the freedom to change the timing of the issue to take advantage of future market conditions. In a mixed shelf offering, the company maintains any unissued shares as treasury stock, which remain “on the shelf” until they are offered for public sale.

The risk to investors is that shelf offerings can dilute existing shares (ie: lower their value) because new shares are being created. Filing for a shelf registration statement is often met with trepidation as it can often by a sign that dilution is around the corner. However it could also be an indicator that more investments and acquisitions are in Shopify's immediate future, which could be a good thing for investors as Shopify broadens their portfolio and revenue streams.

9. Walmart will sell its e-commerce tech to other retailers

Walmart, which has been a leader in developing proprietary software and retail technologies that combine in-store and online shipping, is now making that technology available to other retailers for the first time.

Through a strategic partnership with Adobe, Walmart will offer their online and in-store fulfillment and pickup technologies into the Adobe Commerce and Magento platforms.

The integration will allow merchants to do things like show store pickup eligibility, offer multiple pickup options, provide store associates with mobile tools to pick for orders, and use tools to communicate with customers about their pickup orders.

It will also allow retailers to syndicate and sell their products across Walmart’s Marketplace, which only recently became available to a wider range of retailers.

PS: It started raining money yesterday. Apparently there was change in the weather.