#41 – Shopify & MailChimp back together 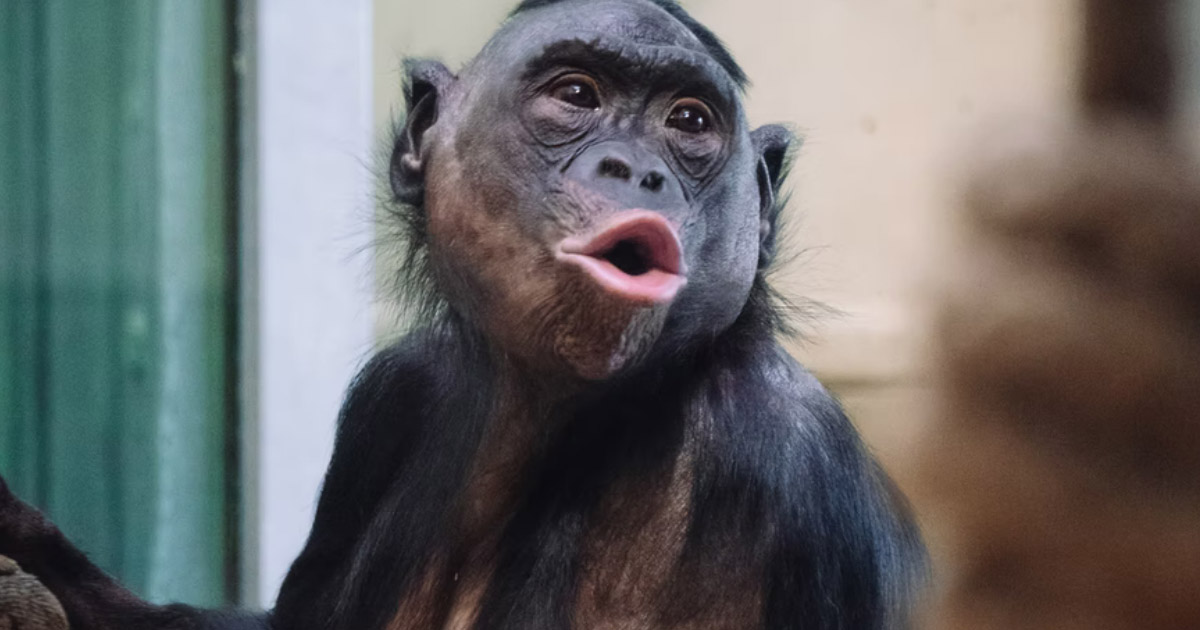 We don't always get it right the first time in life. Sometimes breakups happen and we get back together. Other times we change our name hoping for a fresh start. That being said — I like the name “Shopifreaks” and I'm keeping it! Not the case for everyone this week though…

It's my pleasure to bring you this week's 41st edition of Shopifreaks. Thanks for your support with this newsletter.

1. Shopify & MailChimp are back together

Mailchimp and Shopify have announced a direct integration for their users (again). If this sounds like old news, I promise that you're reading a newsletter published on Nov 1, 2021, and not some decade old edition of Shopifreaks.

Here's some background on that saga…

In March 2019, Shopify merchants received an e-mail announcing that, “Mailchimp asked to be removed from the Shopify App Store and to end their relationship with Shopify.” The email went on to recommend MailChimp alternatives that integrate well with Shopify.

The argument came down to user data.

Over the past 18 months, Shopify has had growing concerns about Mailchimp’s app because of the poor merchant experience and their refusal to respect our Partner Program Agreement. Our terms require app partners to share all important data back to the merchant using Shopify’s API to help them run their businesses.

For months, we’ve been trying to work with Shopify on terms that would be fair and equitable for both of our businesses. Throughout these negotiations, we refused to agree to terms that jeopardize our users’ privacy and require us to hand over customer data acquired outside of Shopify.

Our shared users have complete control over their own data. By continuing to connect with Shopify through third-party integrations, we’re providing our shared users with the choice to share that data going forward. What we’re not willing to do is automatically and retroactively share all of this data with Shopify, including data acquired outside of and not connected to the Shopify platform, without the user involved. From our perspective, that data belongs to our users and isn’t ours to share directly with Shopify.

You can read the full letter from Shopify as well as both company's blog posts here.

After the public breakup, users who wanted to continue syncing their shops to MailChimp could only do so via 3rd party apps like ShopSync, Zapier, and Automate.io.

Okay, so flash forward 2 1/2 years — a short 6 months after MailChimp launched their own e-commerce platform, and less than 2 months after Intuit acquired MailChimp — and the two companies have decided to make amends. MailChimp also acquired the ShopSync app, which most of their customers had starting using to continue syncing their store to their services after the breakup.

Neither company made any fanfare about getting back together or addressed their previous breakup in their press releases. And neither company released any information about how they would be addressing the user data / privacy concerns that previously ended their relationship.

It's kind of like your friend who publicly broke up with his girlfriend on Facebook, and then later posts a new photo together. We're just like, “Cool, Brandon and Olivia are back together” — and no-one mentions the breakup.

So who won? Will Shopify be loosening their requirements for MailChimp to hand over ALL their data, or is MailChimp loosening their tight grip on their customer data? Or have there been previous changes to either company's handling of data over the past 2 1/2 years that make their previous battle irrelevant? And are Brandon and Olivia going to make it work this time?

If you have any information about what's changed in that regard, please hit reply to this e-mail and let me know or tweet at me.

By now you've heard the news that Facebook is changing their name to Meta — at least that goes for the name of their parent company. Kind of like how Google became Alphabet in 2015, but the search engine kept the same name.

Mark Zuckerberg addressed the change last week in a Founders Letter, which I'll highlight a few key point from below:

Okay, so I may have adopted some poetic license with that last one, but the rest of the summary is legit.

How will this change affect e-commerce? Well, for the immediate time being, it probably won't. As the Thai expression goes, “Same, same, but different.” You can finish up the 2021 holiday season without adapting your game plan last minute to include Meta. However moving forward, it'll be interesting to see how ready consumers are to adopt AR and VR into their everyday lives (including shopping), and the role that Facebook will play in turning that area of technology into the norm.

3. Shopify doubled its GMV in 16 months

Shopify reported last Thursday that it has doubled its cumulative gross merchandise value (GMV) in the past 16 months to $400 billion. That's some wildly huge growth!

Shopify President Harley Finkelstein said in the company’s third-quarter earnings report, “It took 15 years for our merchants to get to $200 billion in cumulative GMV, and just 16 months to double that to $400 billion.”

Other numbers of interest from Shopify's Q3 report include:

Shopify's stock rose from a dip that reached the $1350's back to $1500+ territory after the earnings report.

Shopify also named Allan Leinwand, former head of engineering and operations at Slack, as their new chief technology officer. And it was announced that the Biden administration's former staff secretary will join Shopify as the company's general counsel in November.

Great to see a new team coming together after the executive exodus this past year.

The Union government on Tuesday said it has issued 202 notices to e-commerce players for incorrect declaration of ‘country of origin' on products on their platforms in the last one year — most being for electronic appliances, clothing, and home products.

The Consumer Affairs Ministry did not disclose the names of the e-commerce players who were issued notices because they did not want to be in the business of “naming and shaming”.

LOL – so Amazon and FlipKart? Actually, the ministry did say that 76 companies were part of that round of notices, so they aren't targeting just the biggest players, and that Rs 42,85,400 (roughly $57,000 USD) has been collected.

I talk a lot about India's evolving consumer protection laws in this newsletter for two reasons: 1) I'm fascinated by how hard the country is working to create up-to-date consumer protection laws by learning from the history of countries that have been decades ahead of them with Internet technology and infrastructure. No reason to make the same mistakes as their predecessors. And, 2) India is the second largest population in the world — and THE largest emerging market for e-commerce. I believe that the rules and regulations they come up with will be modeled by other developing countries and also play a huge role in guiding international consumer protection standards.

5. Wix is expanding in Miami

Wix, which is an Israeli company, has announced plans to expand on Miami Beach by approximately 50% over the next three years, amid a larger push by Miami Beach officials to diversify the city's economy.

Wix has called Miami Beach its home in the USA since 2015 and now plans to target as many as 150 new hires on top if its existing 300 employee workforce there. The company also purchased and absorbed employees from SpeedETab, a South Florida startup, earlier this year.

Miami Beach is currently on a mission to increase the number of high paid, high skilled jobs available, as the city thinks that it's a great place to live and work.

As a Miami Beach-born entrepreneur, I approve that mission! At least from like September thru April each year…

6. Alibaba is ramping up in Europe and beating Amazon in some markets

Alibaba is currently one of the top three e-commerce platforms in Europe, according to Euromonitor International, and the company doesn't plan on slowing down their growth efforts in that region anytime soon.

Amazon, on the other hand, wasn’t on Euromonitor International's top 10 list for the entire region, which includes countries like Poland and the Czech Republic.

Amazon is by far the top seller in western Europe, which includes France, Spain, and Germany, but Alibaba still beats them in Eastern Europe — although not in first place. The Polish online shopping marketplace, Allegro, took first place in 2020, while Russian rival, Wildberries, took second place, pushing Alibaba down to 3rd place.

Alibaba is making a huge push for European market share during Singles Day, also known as Double 11 since it falls on the 11th day of the 11th month — which is a shopping event spearheaded by Alibaba in China, similar to Black Friday in the U.S. Alibaba plans to double its subsidies for international logistics on Singles Day this year so that the recent rising cost of shipping doesn't negatively impact consumer decisions to shop on AliExpress.

Alibaba founder, Jack Ma — or at least a robot version of Jack Ma created by the Chinese government — is reportedly traveling to Europe this month to study local agricultural practices and technology, in his first trip away from greater China in more than a year, an indication of how important the European market is to China moving forward.

One of his phony businesses was called Drone Purple, a Shopify store which he sold for $40,000 to a buyer in Washington. The buyer figured out it was a scam when he received access to a Shopify dashboard that showed no history of sales and tracked Cox down using bank records linked to the money transfer with his alias, Greg Mercury.

Cox then used an identical ruse to sell the same Drone Purple business to a California buyer later that year for $400k, after fraudulently showing that the business had done $2M in revenue and made $1.3M in profit.

He pleaded guilty to wire fraud and agreed to forfeit $561,767. He also faces up to 20 years in prison, but prosecutors say his sentence will most likely be much less severe.

Lesson for aspiring purchasers of online business: Get that Shopify Admin access so that you can see those numbers for yourself before spending five to six figures on a store! Or simply use reputable online business brokers including Shopify's own Exchange Marketplace.

PS: Did you hear that Mike Tyson got a job at Amazon? … He missed being a professional boxer.