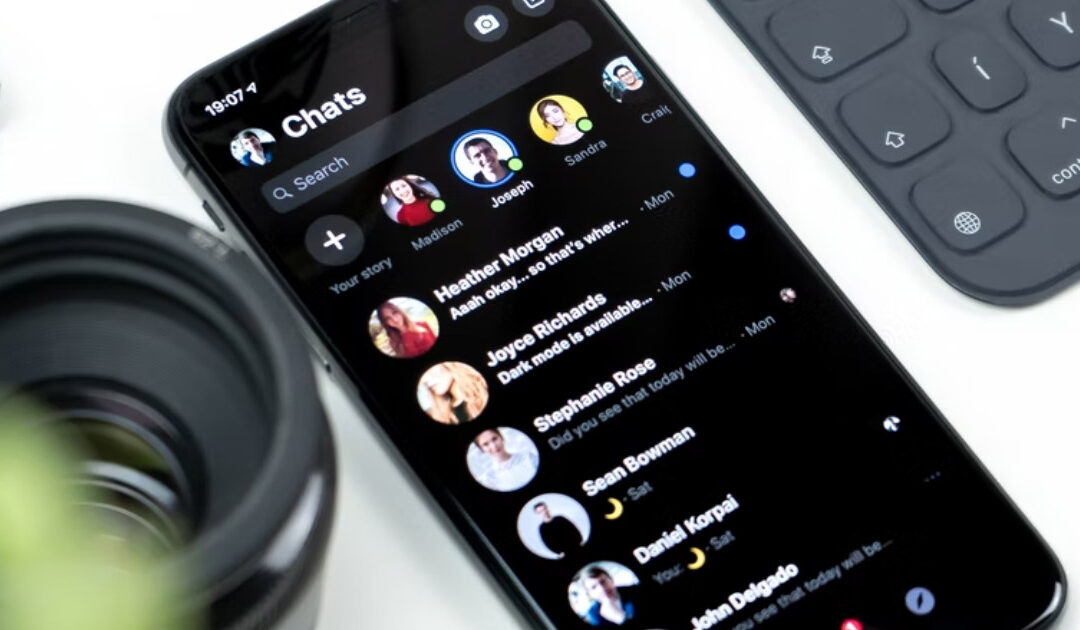 If big corporations have it their way, you’ll be able to buy products EVERYWHERE — while watching TV, browsing social media, and even in your DMs!

PS: I received a surge of new subscribers this past week. Welcome new readers! I noticed that many of the subscribers were from the same organizations, which means that readers are sharing the newsletter within their team e-mails and Slack channels. Word-of-mouth has been the number one way that Shopifreaks has grown in readership. Thank you for that.

69% of UK consumers are happy to pay to return unwanted fashion purchases, as long the money was used to subsidize environmentally friendly return options. — According to ReBound

Corporations are glad to hear that because more and more are adding return fees. Whether or not they will use the fees to subsidize environmentally friendly return options is a different story though…

Companies should tread lightly w/ return fees and make sure that the consumers see the value.

The acquisition of Sezzle, a US BNPL firm, by Zip, an Australian rival BNPL firm, has been called off. Unlike Twitter and Musk, the breakup was mutual, both companies said.

The merger was announced earlier this year with Zip looking to boost its global expansion, specifically in the US market. (Zip owns another BNPL firm in the US called Quadpay.) And even as recently as June 22, the company said its shareholders would vote on acquiring Sezzle by the end of the year.

However, it looks like it was a quick vote because Zip called the deal off, announcing to the Australian Securities Exchange that “current macroeconomic and market conditions” are the reason behind terminating the deal.

Are you sure it wasn’t because of Apple entering the space? Well, I guess that counts as market conditions…

As part of the agreement to breakoff the merger, Zip will pay Sezzle $11M to cover their costs.

Around the same time, Zip also announced that it’s closing Pocketbook, the money management app that it bought for A$7.5M in 2016, in order to focus on their core business, and that it’s looking to exit from UK, just a year after arriving in the country with their BNPL services. And if they can’t find a buyer for that division, they might just shut down.

The reality is, these companies are hurting and want to distance themselves from BNPL — not grow their market share in the space.

Who would’ve guessed that an industry that skirts consumer protection laws, survives only in an economic environment with access to cheap money, and has practically no barrier of entry would come to a crashing halt? As history will recount, in the world of BNPL, there were a lot of Blockbusters.

2. DM me to purchase

Instagram is launching a new Payments in Chat feature that lets users purchase products from small businesses and track orders via direct messages.

Users start by sending a direct message to businesses they’re interested in buying from. Once a buyer has decided to make a purchase, the seller can create a request for payment, and from there, within the same chat thread, they can pay, track their order, and ask follow-up questions.

Instagram says that their users often chat with businesses via DM before making a purchase, and now they will be able to pay directly within the same thread.

The launch comes a month after the company renamed Facebook Pay to Meta Pay, which will be facilitate the DM transactions.

Meta is getting serious about e-commerce, as they should. Last week I reported that TikTok have put its plans on hold to roll out its new e-commerce Shop marketplace to Europe and US, which creates an opportunity for Meta to get an early lead.

The opportunity for Meta to dominate the social commerce space is theirs to lose.

Last week Amazon hosted Prime Day in the U.S. and in more than 15 other countries worldwide during July 13-15… but with 9.6% inflation, were consumers excited about spending?

Amazon is historically secretive about its Prime Day numbers, but they did offer the following info:

Amazon is attempting to end a three-year investigation by antitrust regulators in the EU by offering to make a series of changes to its business practices. The company has been under investigation on claims that it improperly uses its dominance in e-commerce to box out competitors and gathers nonpublic data about independent merchants to inform its own product offerings. I regularly write about those alleged practices in this newsletter.

Amazon, looking to end the drawn out investigation, proposed concessions including:

The WSJ reported last week that Amazon has started drastically reducing the number of items it sells under its own brands. Amazon has previously said that its private-label brands account for a low-single-digit percentage of overall product sales in its online stores, but that they are a significant source of profit for their retail business, in part because they don’t have to spend on advertising like an outside brand does. In comparison, in-house brands at competing retailers like Walmart, Costco, and Target account for a much larger percentage of total sales.

While it’s unclear what lawmakers and regulators will do next, Amazon’s proposed concessions seem to fall in line with their goals.

5. More layoffs in the commerce and tech industries

Fabric, a NY-based micro-fulfillment company focused on robotics tech for last-mile operations (ie: not Fabric the headless commerce platform), announced its intentions to move in the direction of being a platform rather than a service, and in doing so laid off 40% of its 300-person staff.

Dukan.pk, a Pakistan-based mobile-centric e-commerce platform, laid off 25% of its workforce across the globe due to VC funding drying up.

Seven weeks after the crypto exchange Gemini cut approximately 10% of its workforce, the company made a second round of layoffs.

The newsletter platform Substack is laying off 14% of its staff as part of its efforts to conserve cash amid an industrywide funding crunch.

Twitter laid off 30% of its talent acquisition team as the company deals with increasing business pressures, but later said that it wasn’t planning on many additional layoffs.

Microsoft made layoffs to its consulting and consumer and partner solutions teams, but says that it plans to end the year with an increased headcount.

Meta is preparing for layoffs and plans to reduce the amount of engineers it was going to hire by at least 30% this year.

The EV automaker Rivian plans to layoff 5% of its employees, however, not manufacturing jobs, but positions in the company in areas that have “grown too quickly.” This news coming just weeks after Tesla fired hundreds of employees.

OpenSea cut 20% of its workforce and Coinbase laid off 1,100 employees and rescinded  job offers from others.

Despite all the layoffs and cutbacks in the industry, not all fintech companies are worried about investment capital tightening up or becoming profitable. The U.K. digital bank Monzo Bank said it’s targeting growth rather than immediate profit during a turbulent time for the fintech industry, after nearly doubling annual revenue while widening losses. Monzo is still hiring and aims to build out its BNPL service while expanding in the U.S. Hmm… should you tell them or should I?

6. Pay with food stamps on Shopify

Forage is now guiding various Shopify customers through the process of getting government approval to accept SNAP. Their payment and PIN technologies help simplify the process for Shopify retailers, who can meet most of the compliance requirements including producing compliant receipts, split tender, and calculating the proper EBT amount to charge.

The first merchants are expected to go live with online acceptance of SNAP EBT in the next few weeks.

While 1 in 8 Americans receive government assistance to purchase groceries, only 250k brick-and-mortar locations accept SNAP benefits via EBT in-store, and only a fraction have been approved for accepting EBT online.

I love the idea of online companies like Forage, eGrowcery, Instacart, and Rosie (to name a few) working to make it easier for groceries to accept EBT online because it would make it easier for low-income consumers (who often work two jobs and don’t have the luxury of childcare) to shop for groceries — as long as they don’t add so many fees that the service becomes unusable for those who need it most.

7. “Love Island” will let you buy products you see on your TV (almost)

NBCUniversal is launching a new reality series called “Love Island USA” that will offer clothing, home décor, cosmetics, and haircare products for sale in the show. Viewers will be able to scan a QR code that pops up on the screen and will be led to articles on E! Online that allow them to learn more about the products and buy them.

NBCUniversal has been working for a while on its ShoppableTV technology, which gives TV viewers the chance to shop while they watch. The tech was first brought to Telemundo.

The result is a new form of product placement that doesn’t bring just ad revenue to the table, but allows for trackable transactions.

Last month I reported that Walmart and Roku teamed up to connect Roku’s 61.3M subscribers with Walmart’s more than 120k products and allow viewers to purchase items with their remotes while streaming on Roku devices.

Other platforms such as Amazon, Instagram, Facebook, and Google have dabbled in mixing live streaming with commerce, but so far T-commerce, as it’s called, (ie: shopping content from your TV) has never really taken off.

If these companies have it their way though, adoption may just be a matter of time.

Created in 1992, the postage reselling program was designed to give discounts to smaller mailers that could not qualify for the bigger discounts offered to large-scale mailers like Amazon and eBay.

Terminating the reseller program will impact a number of postage reseller companies, including Stamps.com and Pitney Bowes. However large online marketplaces like Amazon, eBay, Etsy, etc that offer Commercial Base Pricing, which is not going away, will be unaffected by the changes.

David Partenheimer, a USPS spokesman, said, “The Postal Service undertook an evaluation of its reseller program and has determined that the program as currently structured is not resulting in the customer benefits and efficiencies that were originally envisioned, has caused difficulties in monitoring compliance with pricing and other terms, and should be discontinued.”

In other USPS news, the new rate hike, which ups first-class mail prices by 6.5%, took affect yesterday. This will likely not be the last increase from USPS in the near future. DeJoy said Americans should get used to “uncomfortable” postage rate increases in coming years as the US Postal Service seeks to become self-sufficient.

PPS: Don’t forget to show me some love on Google and Product Hunt. Thanks!