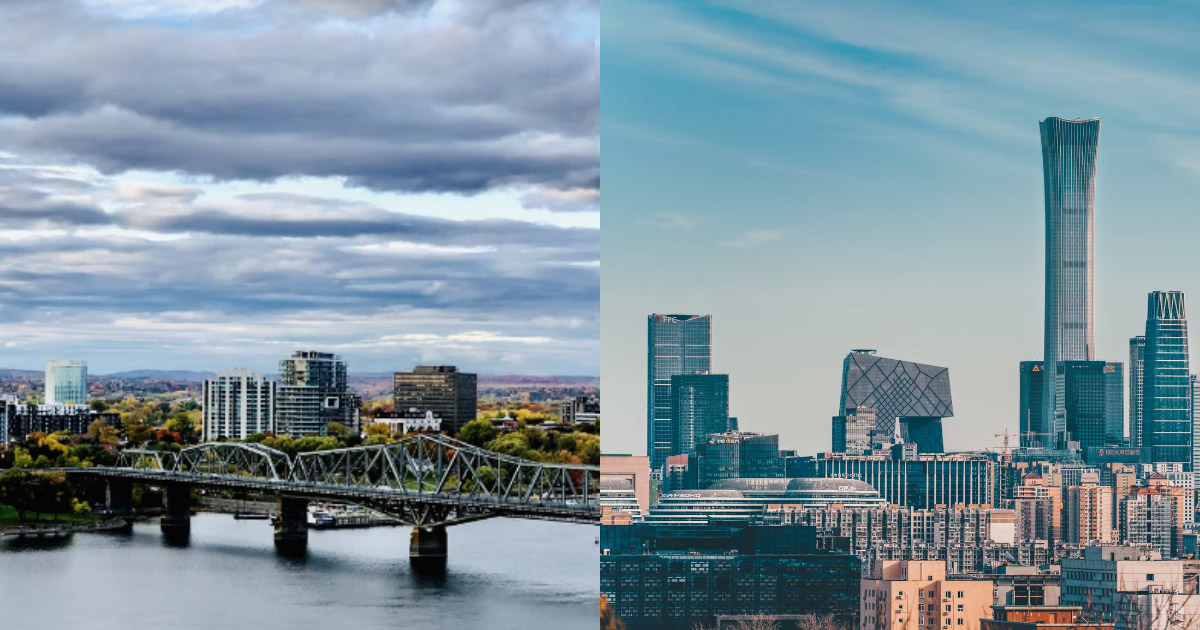 How are your crypto and stock portfolios looking this week? If they're anything like mine — YIKES! Just a dip though, right? I guess if you zoom the chart out far enough, it doesn't look so bad…

In this week's 53rd Edition of the Shopifreaks E-commerce Newsletter, I've got news of partnerships between Canadian and Chinese mega-companies, alarming figures about Big Tech's volume of acquisitions in 2021, Shopify's future in fulfillment, and more.

And of course, what's a Shopifreaks newsletter without news and rants on BNPL? I've got that for you too. Thanks for being a Shopifreaks subscriber and for sharing my newsletter to help me grow.

1. Shopify and JD.com partner up

Shopify has partnered with the Chinese e-commerce marketplace JD.com to help U.S. merchants sell their goods. Shopify merchants will be able to set up a shop on JD.com in around 4 weeks, as opposed to the typical 12 months that it takes foreign brands to begin selling in China.

JD will handle the price conversion as well as shipping logistics from U.S. to China, and will work closely with Shopify to simplify compliance procedures for merchants across both countries to sell in each other's market.

This isn't the first time that Shopify has engaged with the Chinese market. In 2020, Shopify began allowing merchants to accept payment via Alipay, one of China’s two most popular digital wallets.

What are your thoughts on Shopify getting in bed with China? On one hand, it could be good for Shopify's merchants to reach a market of over 550M active customers. But on the other hand, the deal comes with the stigma of entering the Chinese market — a region that other Western tech companies haven't historically fared so well in.

Microsoft, Alphabet and Amazon all announced more acquisitions in 2021 than any other year in the past decade, according to Dealogic, suggesting that companies are trying to do deals before an antitrust crackdown ensues.

Lina Khan, chair of the FTC, took over the position seven months ago, and has been vocal about how her agency will aggressively enforce antitrust policies. She's already filed an amended complaint against Facebook, claiming its acquisition of Instagram and WhatsApp contributed to its current status as a social media monopoly.

What’s undetermined is how far the FTC is willing to go to make good on its threats of action against antitrust, especially given its budget which hasn't kept pace with the department's responsibilities and pales in comparison to that of the companies it takes on.

Khan said in a CNBC interview that fighting Big Tech “takes courage” and that she was up against “enormously well-resourced companies” who are “not shy about deploying those resources.”

3. BNPL is taking over the world, but is that a good thing?

I feel like every week I'm talking about BNPL in one way, shape, or form — and that's because 2021 was the Year of BNPL. 2022 seems to be following in its footsteps.

If you've been reading this newsletter long enough, you know that I've got mixed feelings about the industry.

As a merchant and e-commerce business developer, I appreciate the convenient payment option which can result in higher AOV and increased conversion rate. One reader even told me last year that BNPL accounted for 25% of his sales, and that surprisingly many of the BNPL purchases were for orders under $50 (including one for $8).

However as a consumer advocate, I hate the idea of one more avenue for consumers to get themselves into debt trouble. Two weeks ago I reported that The Consumer Financial Protection Bureau is looking into the policies of BNPL platforms, concerned that they may encourage overspending while dodging existing regulations around credit and lending.

The option to buy now and pay later is starting to gain traction in developing markets, but is it a good thing to follow in USA's footsteps? According to a recent survey, 57% of BNPL users said that the payment option caused them to overspend on purchases (sometimes through multiple accounts), and 36% have missed a payment at least once.

One big risk to consumers is that unlike credit cards, there's no consolidated dashboard to view / manage all your BNPL debt across various providers — so it's easy for it to grow out of hand. Out of sight, out of mind. However those 4 easy installments can start to add up if consumers aren't careful.

Unfortunately, consumers aren't being very careful with the payment option, and BNPL companies and e-commerce websites are promoting the heck out of it — a dangerous mix. A company in London was recently blasted by the media for promoting BNPL to buy pizza! Who the hell wants to pay for dinner in 4 monthly installments?!

At what point is the industry going to become saturated (or is it already?), and the first company will offer 5 interest free installments, and then the next company offers 6, and then 7? Will consumers eventually be paying for their winter coats for 18 months? Remember when the longest car loan was 60 months? Banks now-a-days will finance your car up to 10 years!

It's certainly an interesting industry, and a lot of money is being thrown at it right now — but I feel like there are better solutions out there than what's currently being offered. For example, how about Visa, MasterCard, or AMEX simply issue a credit card that begins with 4 interest free installments on purchases and then defaults to traditional credit terms? Who needs a million different integrated BNPL payment solutions when my CC is already accepted everywhere?

It'll be interesting to see how the industry evolves this year. Did you know that there are currently over 150 BNPL providers (and growing)? Leading some industry experts to predict that accelerated consolidation is on the horizon, the first of many to come being Square's $29B acquisition of Afterpay last year.

As always, I love to hear your thoughts on BNPL, so please continue to share. You can hit reply to any of my e-mails to shoot me a message. I read them all.

Amazon announced that it will open its first clothing store this year in Glendale, California at The Americana shopping mall. Hey, I used to live in Glendale! I'd walk to that shopping mall almost every day for a coffee and to check out new books at their Barnes & Noble. The store will be about 30,000 sq.ft., and items will range from $10 to $400. This will be The Americana's second Amazon store. It currently has an Amazon 4-Star store.

Amazon Style (cool name), will be very tech heavy. Customers will be able to scan an item's QR code to view more info like customer ratings, and they can use the Amazon Shopping app to have additional items brought to their fitting room, because apparently talking to people in the customer service industry is above Prime members. The fitting rooms will also offer suggestions about what else to try on. (Anyone else predicting smart mirrors?)

Amazon has previously overtaken Walmart as the largest apparel retailer in the US, with estimated sales of more than $41 million in 2020, so it's an area of retail that can't be ignored.

Business Insider published an article profiling the e-commerce companies that they consider to be Shopify's Top 8 Competitors. I'm curious who else you'd add to the list (or remove)? Hit reply and let me know.

A glaring absence from the list in my opinion was Automattic, the developers of WooCommerce and WordPress, which has an estimated 23% global e-commerce market share.

Here's their list with a summary of their thoughts on each platform:

Google has hired former PayPal executive Arnold Goldberg to run its payments division and set a new course for the business after it scrapped a push into banking. Bill Ready, Google's president of commerce, said that the move is part of the company's broader strategy to team up with a wider range of financial services, including cryptocurrencies. Historically the Google Pay system has largely avoided the crypto industry.

Last week, Walmart also announced the retirement of Scott McCall, their chief merchandising officer in the US, who was replaced by Charles Redfield, their current grocery chief.

An insider reported that Shopify is expected to halve its previous capacity for fulfilling e-commerce orders for merchants after terminating contracts with several warehouse and fulfillment partners. The report cites executives at four fulfillment companies in Shopify's network.

This could either mean that Shopify is preparing to grow its own owned-and-operated distribution warehouses, or that they are backpedaling from their move into fulfillment.

At least three analysts have cut their share price targets on Shopify since Tuesday, pushing the average target to its lowest point since July. The stock took a hard dip — but then again, what hasn't right now? So I think that correlating this particular news to their share price might be a big assumption.