#29 – Everyone’s jumping on the BNPL train 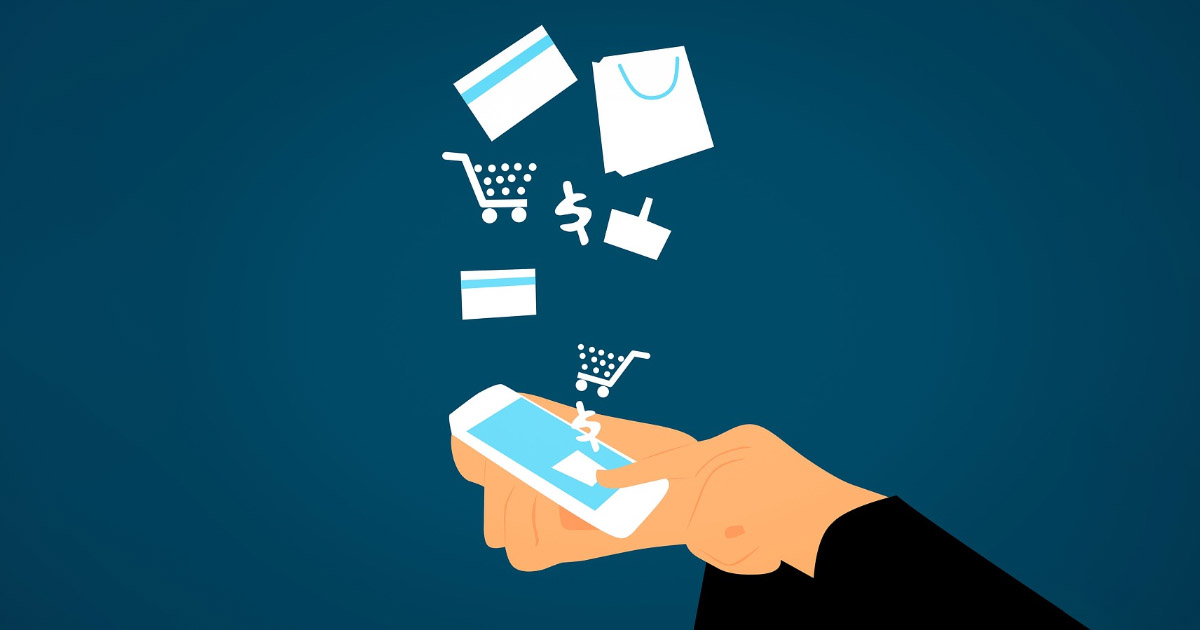 BNPL (or “Buy Now Pay Later”) is the hottest thing right now to bring in-house, and I can understand the appeal. That interest revenue on financed purchases looks sexy on balance sheets, and merchants love it because they tend to see an increase in conversions and larger ticket sizes.

However are e-commerce giants thinking about the dark side of BNPL — ie: what comes next when consumers don't pay?

Especially given the fact that BNPL payment structures typically don't attract customers with the highest credit or disposable income.

Do Shopify, Apple, BigCommerce, Square, and other retail giants want to be in the collections business when consumers BNBDPL (“Buy Now But Don't Pay Later”)?

Perhaps that's a dark side of our consumer economy that should be left to banks — who everyone already hates.

What are your thoughts on the recent BNPL movement? Hit reply and let me know after you read this week's newsletter which dives into some recent acquisitions and partnerships.

And now, it's my pleasure to present you with the 29th edition of the Shopifreaks newsletter…

1. Apple wants a piece of the BNPL industry

Apple is partnering with Affirm's PayBright subsidiary to launch a new BNPL platform in Canada. The service will launch on Aug 11th online and brick-and-mortar Apple Stores in Canada this month, allowing customers to spread out the purchase price of iPhone, iPad, and Mac products over 12 or 24 months.

Apple is also developing “Apple Pay Later” which will be available for any purchase processed through Apple Pay, with installments options including a four-payment plan with no interest or a monthly plan with interest.

You might recall last year when Apple started offering U.S. customers a similar interest-free monthly installment system through its Apple Card credit card. However the BNPL options above will be card-free and not limited to U.S. customers in the future like their credit card.

Is this the beginning of hearing stories about repossessed iPhones? Or will Apple merely brick your iPhone if you fall behind on payments?

2. Square is buying Afterpay for $29B

Square has agreed to buy the Australian BNPL company Afterpay for $29B which will be its largest ever acquisition. The company will value Afterpay shares at AUS$126.21 each, which is 31% higher than last Friday's closing price of AUS$96.66.

Square plans to integrate Afterpay into its e-commerce platform and its Cash App, offering an interacted BNPL option to customers. This news is following Square having recently launched its banking operations which offers checking/savings accounts and loans for small businesses. The addition of Afterpay expands Square's banking operations into consumer lending, which it doesn’t currently offer.

Square CEO Jack Dorsey thinks that the BNPL concept represents a chance to capitalize on a shift away from traditional credit cards among younger consumers. But to me it just sounds like credit cards with extra steps.

How many different BNPL companies am I supposed to make payments to each month? And why would I want to sacrifice my AMEX points by using an internal BNPL to buy a product from a Square merchant when they already accept AMEX?

As I tweeted earlier, if AMEX, Visa, and MasterCard issued a consumer card that offered 4 interest free monthly installments on purchases and 12-24 month payment plans with interest — we'd put an end to this whole BNPL era. As a consumer, I'd much rather have a consolidated credit line and earn rewards points. If CC companies offered 4 month interest-free installments to compete with BNPL, it'd be a no brainer payment installment solution for consumers.

3. BigCommerce partnered with Sezzle for BNPL

BigCommerce merchants will now have access to an integrated BNPL program for a wide range of customers, including high-risk borrowers. Through a partnership with Sezzle Inc., merchants will be able to offer interest-free payment plans directly through their checkout.

Merchants who accept payment through Sezzle will receive full payment upfront, less a fee, and assume no credit or fraud risk on purchases. This is similar to how most BNPL-partnerships work for merchants.

Veronica Katz, chief revenue officer at Sezzle Inc., said, “The majority of our users are shoppers who don’t have access to or have avoided using traditional credit cards, but are still looking for a budget-friendly way to make purchases. Partnering with BigCommerce will provide this buying power for our customers, helping them build their credit while they get the products they need.”

Which raises the question — does that particular subset of consumers that Katz is referring to not have access to credit cards for a reason? It's pretty easy to get a CC as a U.S. customer, even with no or low credit. Perhaps if a customer hasn't been able to obtain a traditional credit card, they might not be the best consumer to lend money to.

Last year, Amazon introduced its biometric palm print scanners, Amazon One, which allow customers to pay for their purchases in Amazon stores by waving their palms over a scanner. The service is currently offered in New York, New Jersey, Maryland, and Texas.

What's the going rate for your biometric data? Amazon values it at $10 in promotional credit. However some experts believe that consumers are selling themselves short.

Albert Fox Cahn, the executive director of Surveillance Technology Oversight Project, says, “Biometric data is one of the only ways that companies and governments can track us permanently. You can change your name, you can change your Social Security number, but you can’t change your palm print… It’s horrifying that Amazon is asking people to sell their bodies, but it’s even worse that people are doing it for such a low price.”

Are NFC phone payments not convenient enough for customers? I'd imagine that most Amazon Store shoppers have their phone in their hand anyway as they enter or leave the store, so I don't see how a biometric palm scan adds any more convenience to the shopping experience. Sorry Amazon, but I'll keep my palm print to myself, thank you very much.

The two-story 8,000 square-foot space aims to bring together a community of merchants and local business owners for meetings, workshops, and creativity.

4 out of every 1,000 New York City residents are Shopify business owners — which is quite an astonishing statistic — making the city an obvious choice for it's first multi-purpose space.

Any readers live near SoHo? Go check out Shopify New York and let me know what it's like.

6. Rent a robot for your e-commerce warehouse

Mega fulfillment centers like Amazon have been using robots for years, but smaller companies historically haven't been able to bite off the enormous overhead expense, even though they could benefit from the technology.

However that's all changing. A handful of companies are now offering Robotics-as-a-Service (RaaS) — subscription services for robots to operate warehouses.

Smaller warehouses can subscribe to as many robots as they need and get the full benefits of robot technology to address efficiency, labor shortages, and worker safety, without the high overhead of purchasing their own robot staff.

The crypto exchange Binance partnered with payment solutions provider Alchemy Pay to build a payment bridge between crypto and fiat through the Binance Pay Wallet.

Launched as a beta in February, Binance Pay allows users to send and receive crypto payments without incurring handling fees. The integration with Alchemy Pay will allow merchants to accept 40+ supported cryptocurrencies.

Alchemy operates in 18 countries and regions and reaches more than 2 million merchants through partnerships with Shopify, Arcadier, QFPay, and other e-commerce platforms.

As if consumers didn't have enough options to pay for their purchases! There seems to be like 30 buttons on the Checkout page of most Shopify stores. (“Pay with AmazonPay, Pay with ShopPay, Pay with GPay, etc”)

I love the idea in theory of merchants being able to easily accept cryptocurrencies as payments and feel that this is a step in the right direction for crypto adoption. However as a crypto investor, I won't pay for my purchase with crypto because I'm HODLing!

8. Fiverr and Wix team up to help make the web accessible

Through a new cooperation, the two companies will provide a training program where participants will learn how to build accessible websites.

Wix will train people with disabilities how to build accessible websites, and Fiverr will then educate them on how to become successful sellers on their platform offering these services.

The training will be virtual and the first class will be open to people based in the U.S. with future plans to expand the program globally.

I think this is a great step for bringing awareness to the issue of web accessibility and hope that other companies follow suit in making web accessibility a priority in the coming years. However I'd like to see a future where the responsibility of offering accessible websites is further adopted by platforms and browsers as opposed to the burden being put on developers.

Right now offering an accessible website involves using a multitude of very fragmented solutions, and the responsibility and legal repercussions fall on the store owners themselves. However it's way too big of a task for small business owners to take upon themselves, especially given how ambiguous and evolving the laws are at the moment.

So while I commend Wix for taking this initiative, because awareness of the issue helps web accessibility efforts progress, I also think that they're passing the buck to developers and that Wix should instead announce a plan to make all their websites accessible platform-wide as part of their service offering to merchants.

Last week I reported that Amazon fell short of analyst expectations, but Shopify crushed it. Since then BigCommerce and Alibaba have released their Q2 earnings reports.

BIGC came out with a quarterly loss of $0.06 per share, surpassing analyst expectations of $0.12 loss. This compared to a $0.54 loss per share a year ago.

BABA reported mixed results with an adjusted earnings per share of $2.57 which was above analyst estimates. However revenue missed forecasts, though still up 33.8% compared to this quarter last year. Alibaba announced that it was increasing its share repurchase program from $10B to $15B, indicating confidence in its long-term growth.

And when I say “warehouse waste” — no, I'm not talking about plastic bottles filled with pee that were left behind by warehouse workers who weren't given sufficient bathroom breaks. I'm referring to the millions of returned and unsold items that become trash each year.

FBA Sellers who hold their stock in Amazon warehouses often decide to trash their products to save money when they are returned or don't sell. However now, under Amazon's new “Grade and Resell” initiative, sellers in the UK will be given the option to sell these products as “used”.

Amazon will give the used items a rating of Like New, Very Good, Good, or Acceptable, and the seller can then set pricing based on the rating. The program will be available in the US later this year and is expected to go live in Germany, France, Italy, and Spain early next year.

11. This week in seed rounds & acquisitions….

PS: Did you hear that Jeff Bezos broke up with his new girlfriend? He said he needed space.